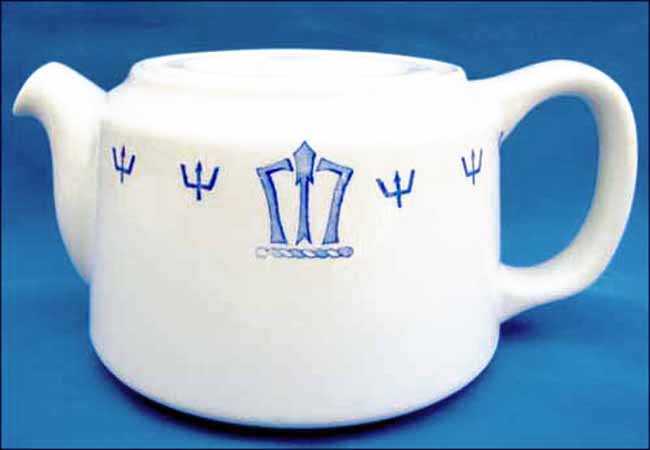 Notes: "The General Steam Navigation Company of Greece (marketed as the Greek Line) was formed in 1939 to run transatlantic sailings from Greece. As air travel hit passenger figures in the 1960s, the vessels devoted more time to cruising. The Company began to fall on hard times in the early 1970s, following the death of Basil Goulandris, owner and chairman of Greek Line. It collapsed finally in 1975."

White body with blue trident rim decoration; the topmark is a Greek letter "G" and an inverted Greek letter "G" on either side of a harpoon or spear pointing upwards sitting on top of a torse (twisted rope).

ID and Photo submitted by floralady