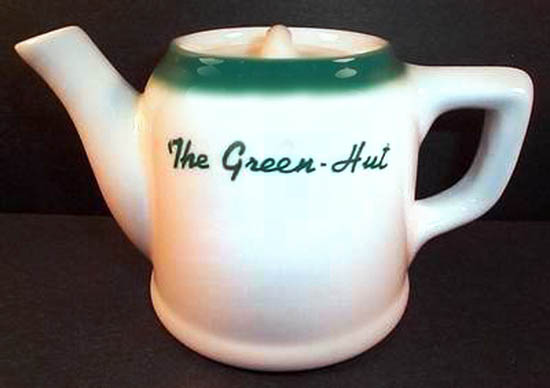 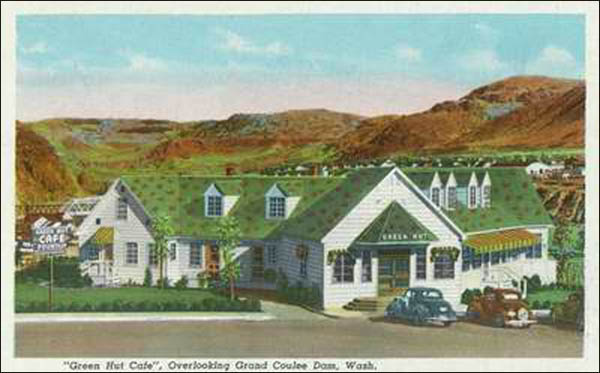 Notes: The Green Hut Cafe was built in 1938 during the construction of the Grand Coulee Dam at Grand Coulee, Washington. Located next to the dam, the cafe featured a very large 21-stool lunch counter, along with tables and booths for dining. It was open 24 hours to the public and provided countless meals for the builders of the dam, along with the employees and families of the dam after it went into operation in 1942. The cafe burned down in 1964.

The dam was built on the Columbia River in Washington state to harness the river's power to generate electricity. Since it is the largest electric power producing facility and largest concrete structure in the United States, some refer to the Grand Coulee Dam as the "Eighth Wonder of the World." Construction of the dam was started in 1933 and finished in 1942, at the onset of World War II. Click here for more Wikipedia information about the Grand Coulee Dam.

This teapot is topmarked "The Green Hut" and has a rare original plastic lid, also made by McNicol China. White body with a green airbrushed border around the top rim of the teapot and matching green lettering.