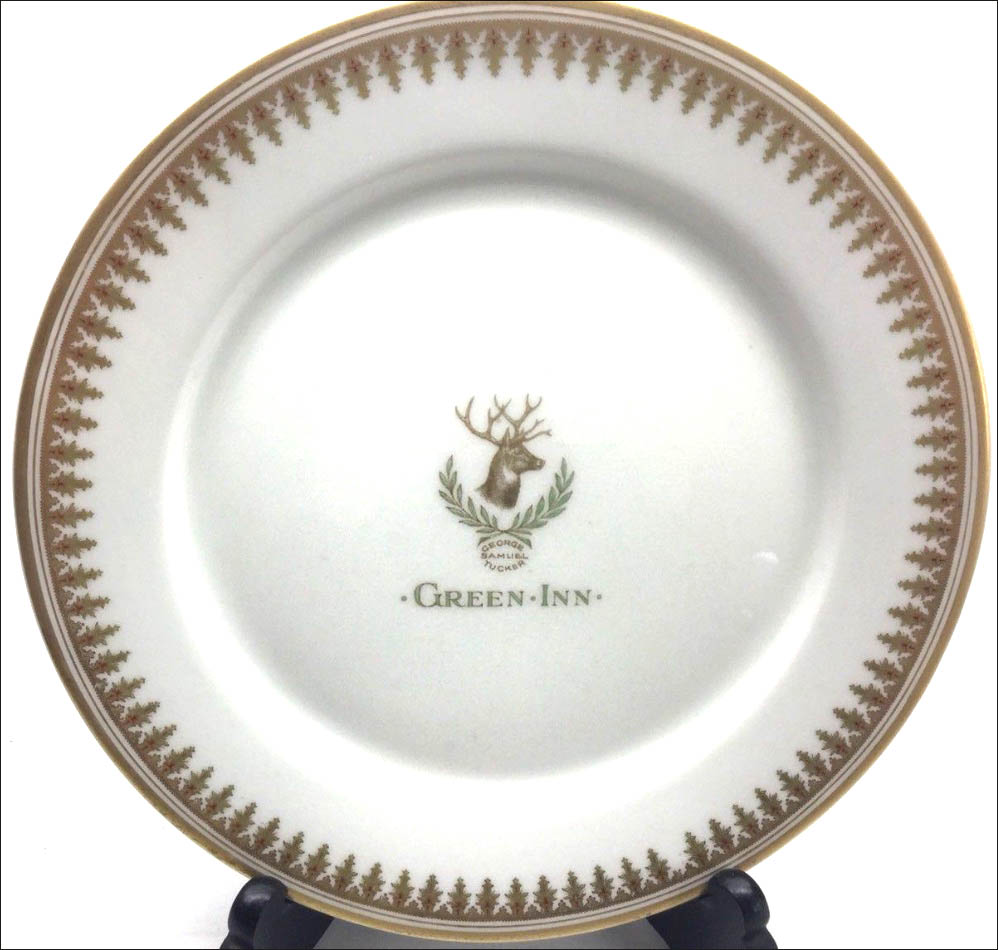 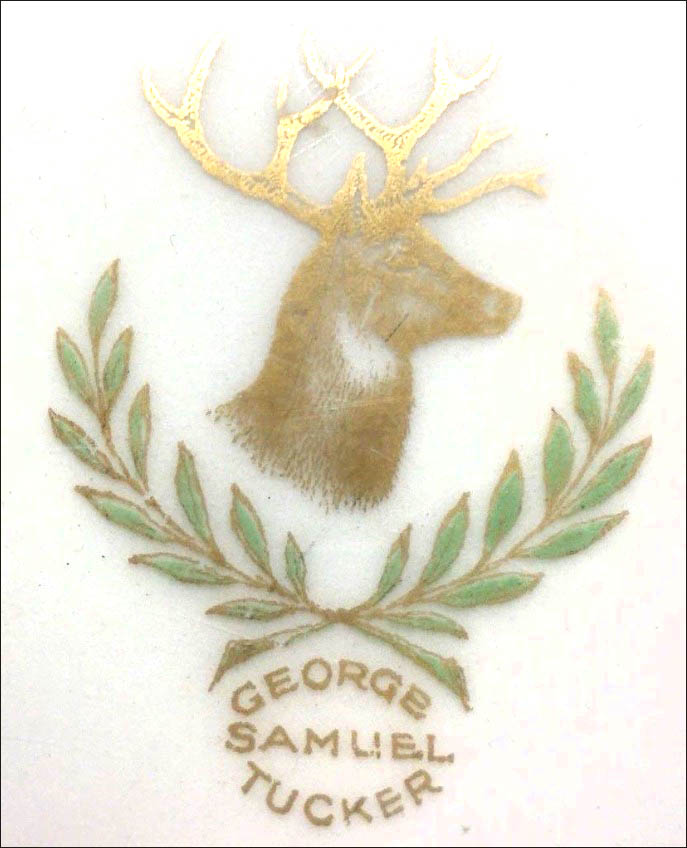 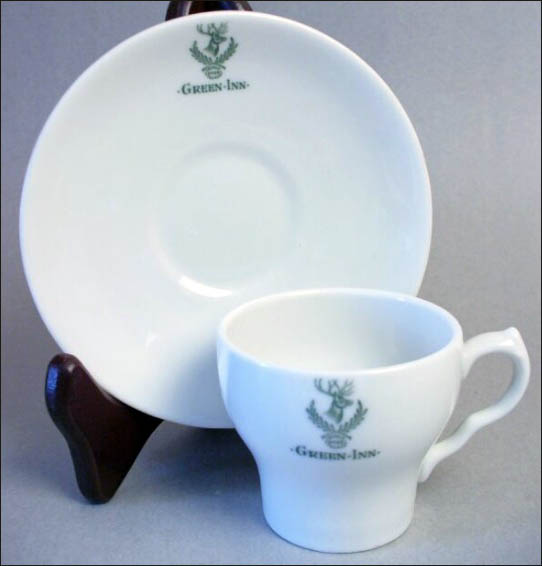 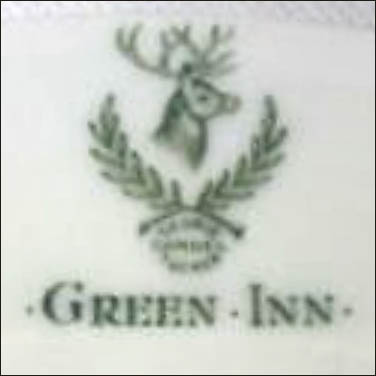 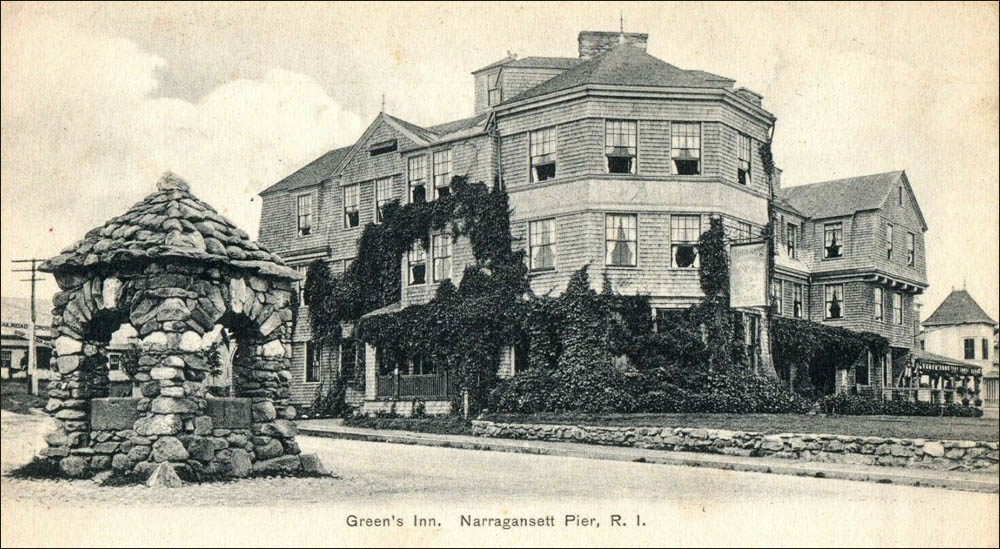 Notes: Greene's Inn was opened in 1888, by Mr. N. R. Green.  It operated year-round on the American plan. By 1915, it was operated by George Samuel Tucker, and because it was no longer owned by Mr. Green the name was shortened to Green Inn. The antlered elk – or deer – head logo used by Greene's was retained when the hotel was renamed Green. The inn closed in 1975 and burned in 1980.

Maddock made china crested with the antlered animal head above crossed laurel branches. Below the crossed stems is "George" "Samuel" "Tucker" formed into an oval. While the rest of this china service contains only the green transfer crest, the service plate has an elaborate coin gold border. The crest, in the center of the service plate's well, is in coin gold with green leaves. Mitchell Woodbury Co. was the distributor of this Lamberton China.