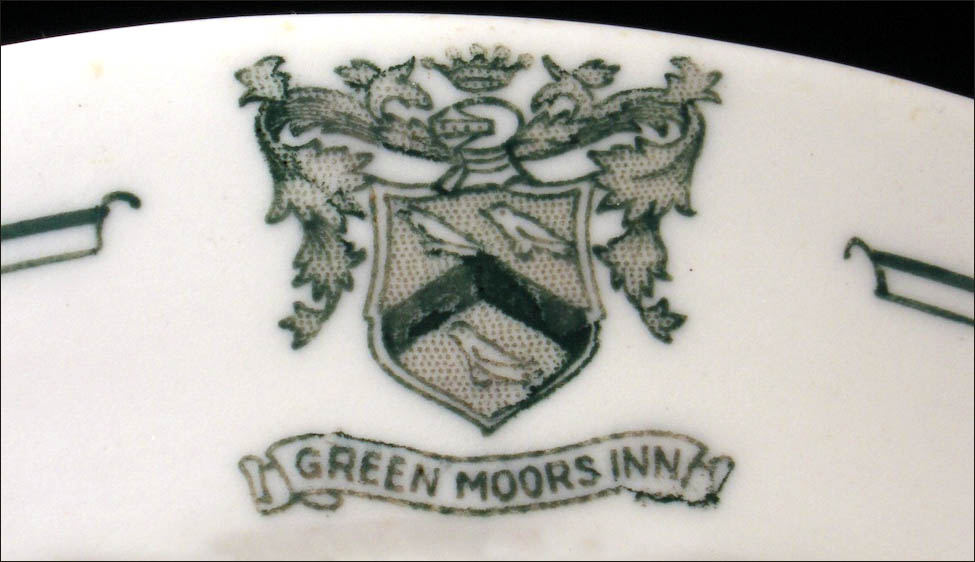 1927 Ad in the Portsmouth Herald for Green Moors Inn 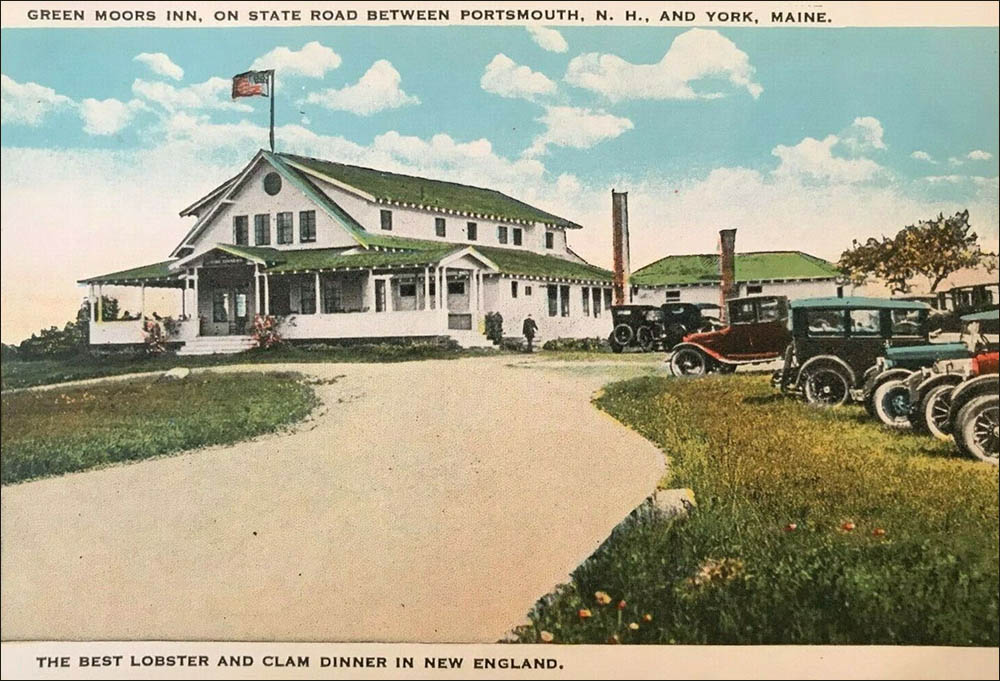 Notes: The Green Moors Inn, on US Route 1 in Kittery, Maine, opened May 27, 1923. It operated 14 hotel rooms on the second floor, but it was primarily a restaurant that served "The Best Shore Dinner in New England." It was open only during the summer season each year. Around 1947, it was renamed Stardust Inn. It was destroyed by fire on May 16, 1951.

D. William Scammell's New England contact book contains a notation that he visited the Green Moors on January 1, 1924. His notation on the order states that it was "Trenton China, underglaze, strong pin line, fine pin line – broken for crest – all Jefferson Green – Scale – L net plus 35¢ doz for crest." The only known surviving piece of this pattern was made by Scammell, but the original order may have been by Maddock, prior to the 1924 name change.