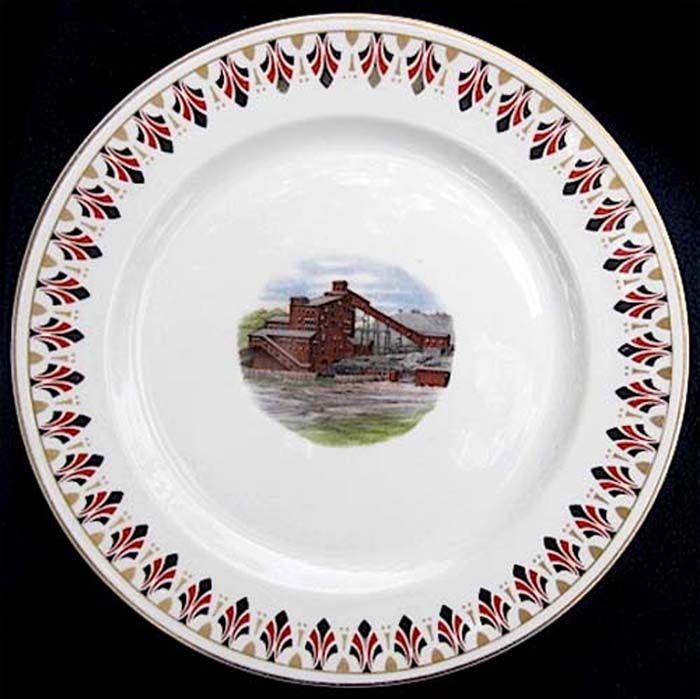 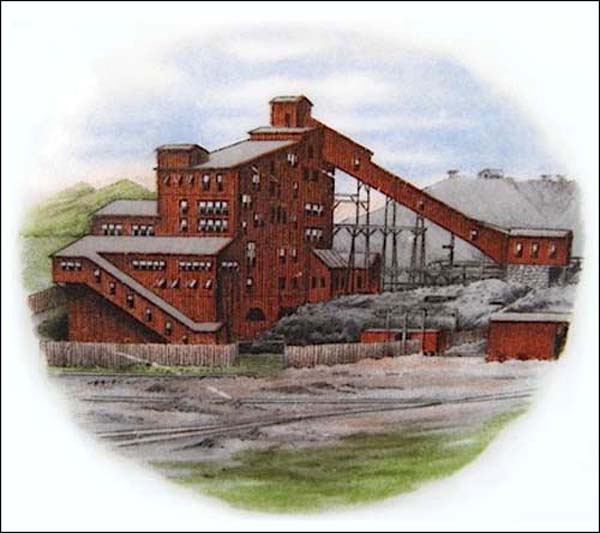 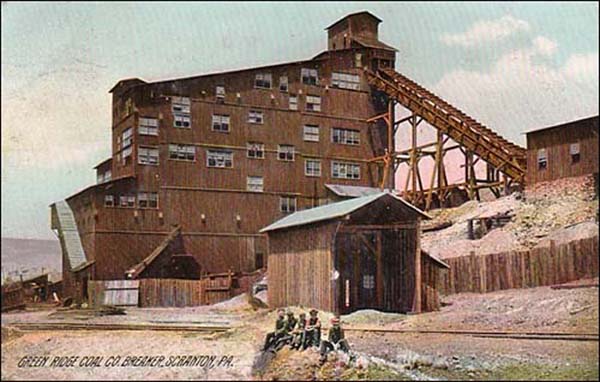 Notes: The central image in the well of this plate is the Green Ridge Coal Company Breaker, located in Scranton, Penn. The plate was manufactured in 1910; the postcard that provides the identification for the breaker was dated 1909.

According to the Dunmore Historical Society, the Green Ridge Breaker was also referred to as the Johnson Breaker.

It is not known in what venue this china might have been used.

The service plate has coin gold lines on the rim with red and gray Art Deco pendants. As noted, in the well is the Green Ridge Breaker.