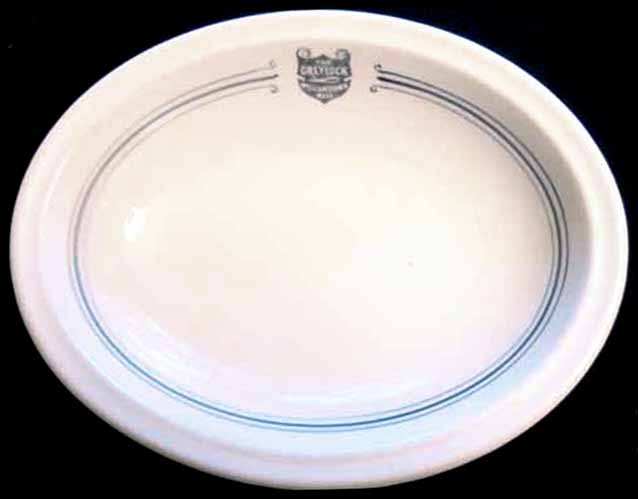 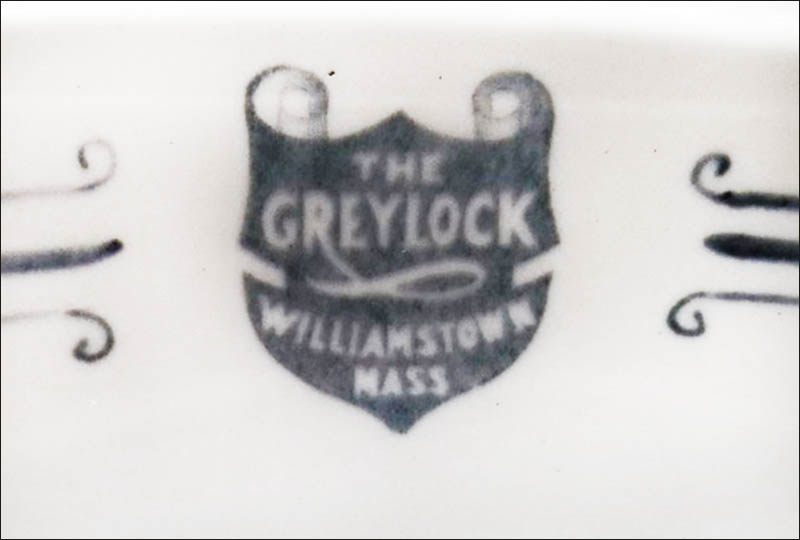 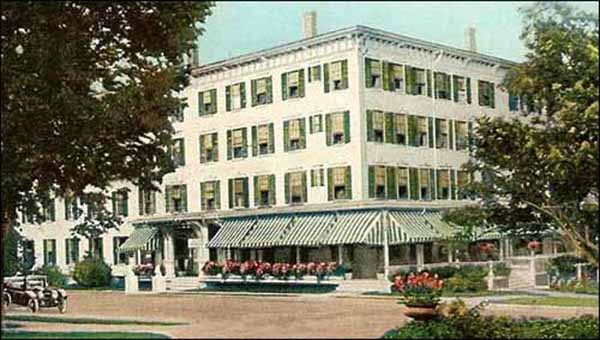 Notes: Located at Main Street and Route 7 in Williamstown, Mass., this four-story Victorian style hotel, originally named Mansion House, opened in 1873. The 125-room structure was purchased by Anthony D. Bullock in 1889 and renamed The Greylock. An annex was added in 1917 that brought the room count to 165, with baths. It was purchased in 1929 by H. W. Dutton; the property reverted back to the Bullock family in 1934.

In 1937, the hotel was sold to Williams College and converted to a dormitory. After falling into disrepair, it was torn down in February 1964 to make way for the present Greylock Quadrangle.

White bodied, rolled rim, oval baker. Grey lines around rim broken by a grey scroll-like crest with The Greylock and Williamstown, Mass. below.