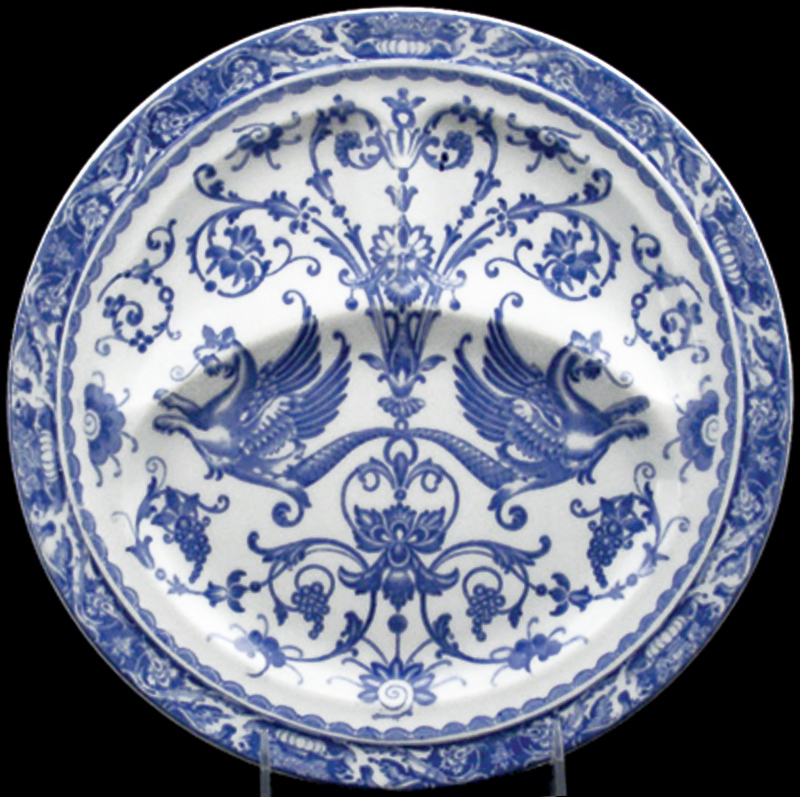 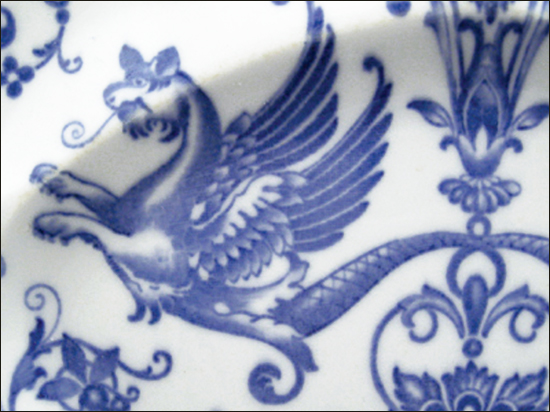 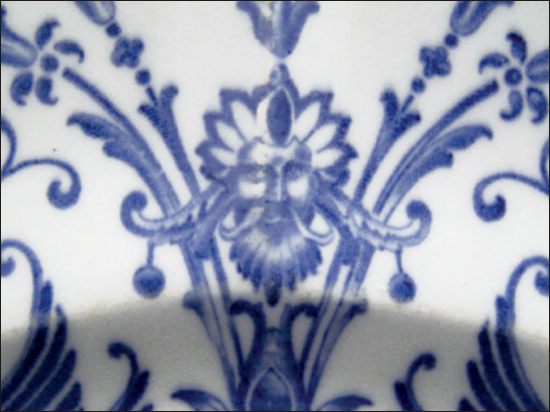 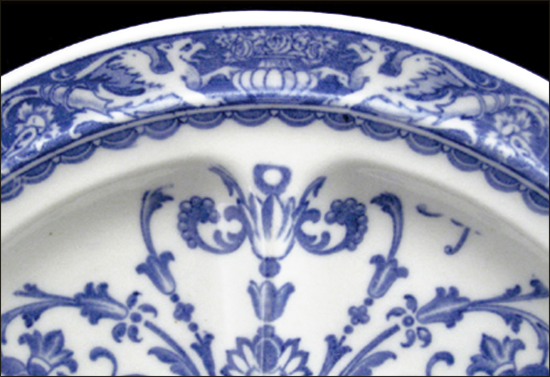 Notes: This light blue pattern has been documented by Phil DaCosta* as having been used aboard the Southern Pacific Railroad's Sunset Limited passenger train.

However, based on how much of it has been found all over the United States, it is likely a stock pattern not limited to use by the Southern Pacific RR. The plate features blue mythical griffin birds / animals (very similar to the Santa Fe Griffins) with what resembles a Greek God or mythical bearded man's face in the center above the two Griffins. The rest of the artwork is grapes on vines, floral arrangements, and ivy. The outer border contains additional griffons or griffins or gryphons (there are multiple spellings of the same creature).