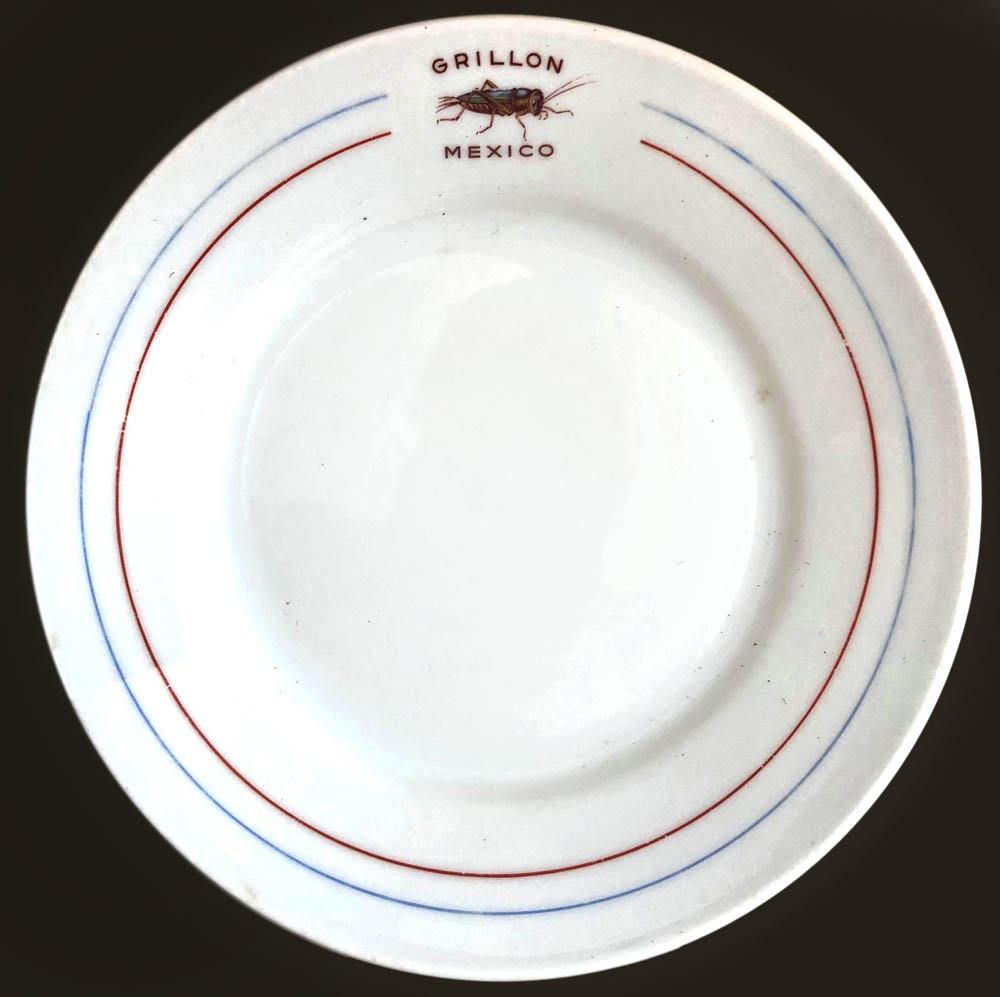 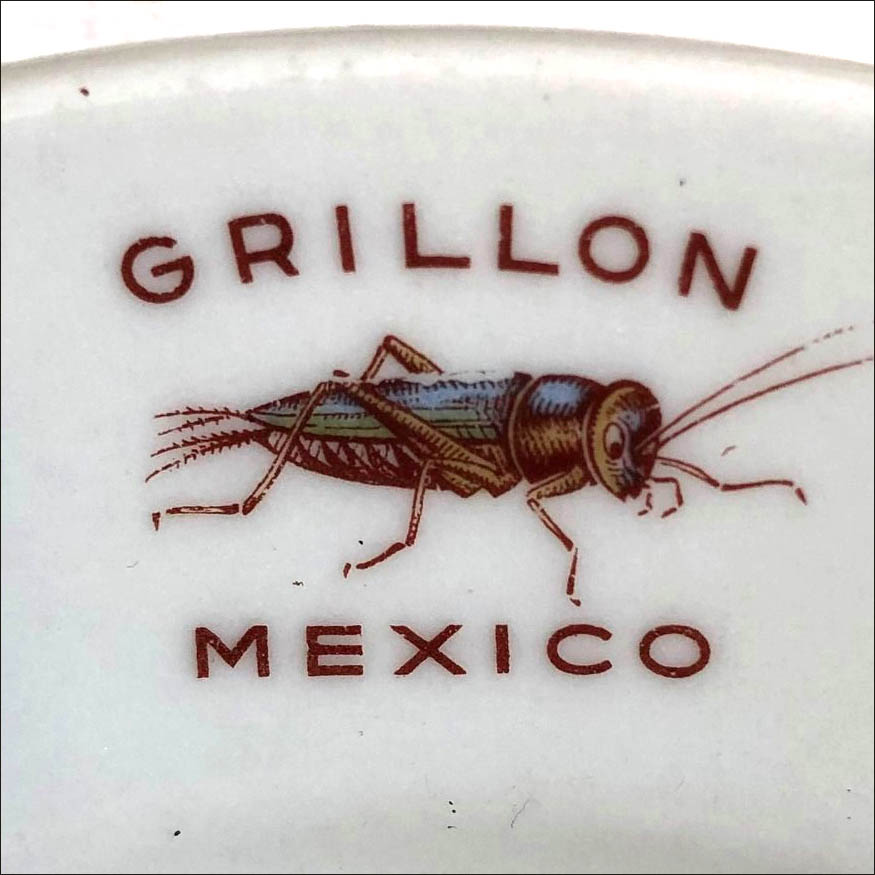 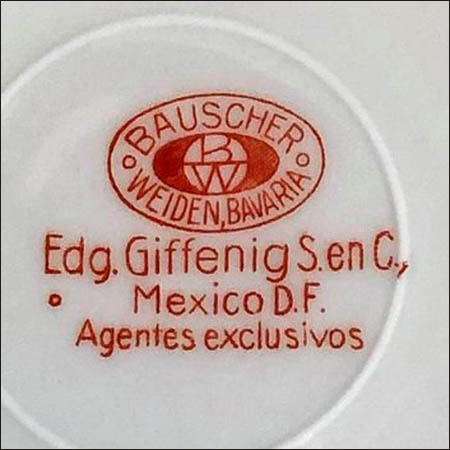 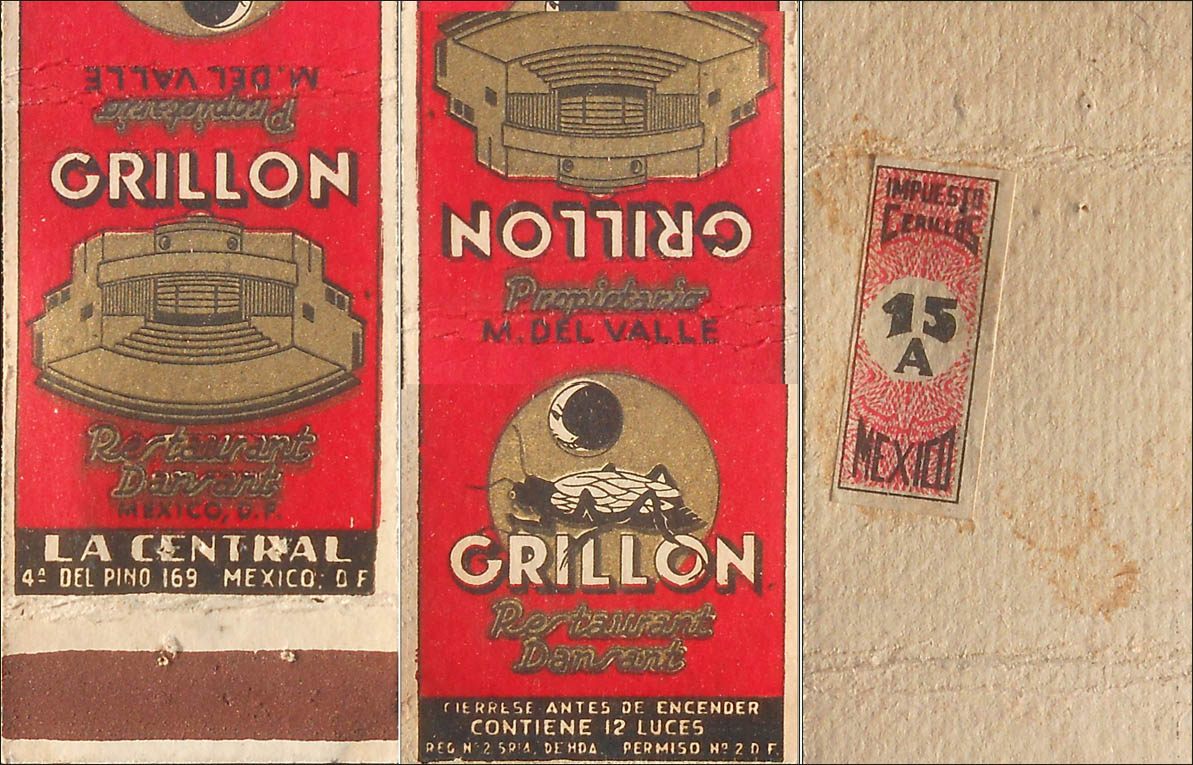 Notes: Grillon Restaurant was located in Mexico City or Distrito Federal at 4 Del Pino 169 that operated in the 1930s, according to an excise tax stamp on the matchbook shown above. When it actually opened and closed is not known. Grillon is a French word meaning cricket, a drawing of which is part of the restaurant's logo.

White body plate with two thin lines in the middle of the border. The outer line is a light blue, and the inner line is red. At the top of the plate both lines are broken with the insertion of the restaurant's logo consisting of the word "GRILLON" in all caps in red, under which is a drawing of a cricket in red with light blue wings, and under it is the word "MEXICO" also in all caps.