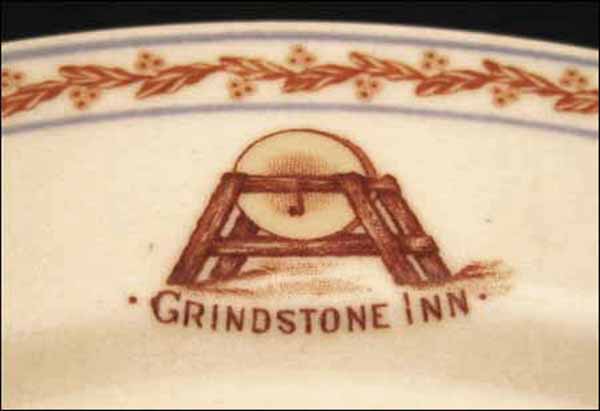 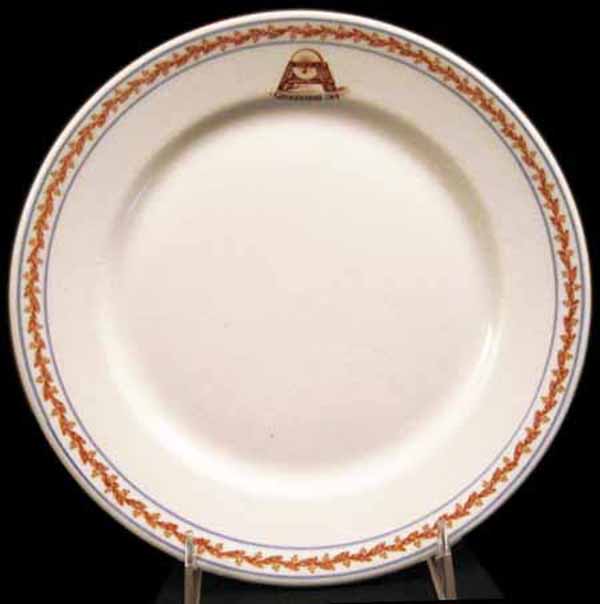 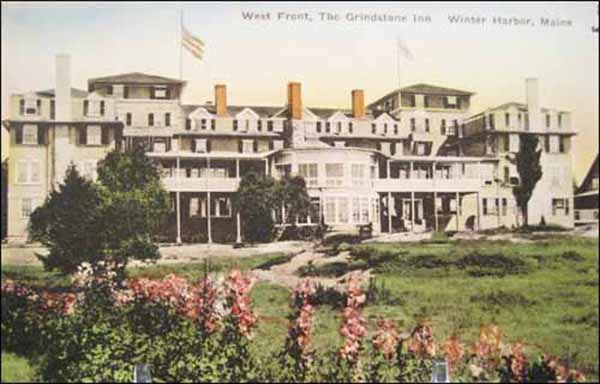 Note: This luxurious hotel was located on Grindstone Neck in Winter Harbor, Maine. The four-story, 100-room hotel was built in 1891 and opened in 1892. The hotel was built on the bluff overlooking the Grindstone Yacht Club and the beautiful harbor. It had its own electrical, water and sewer systems.

The hotel was surrounded by a unique summer colony of affluent people from the Philadelphia area. Each family had its own "cottage" and used the hotel for their guests. Grindstone had its own small church, a nine-hole golf course, the yacht club, salt-water pool, and tennis and croquet courts. The dining room was known for its wonderful food and was open to the public.

Trenton China white body with two blue lines on the rim with a band of ivy between them. On the verge is the grindstone on its stand with Grindstone Inn beneath.

Photos and ID contributed by dbstoneware