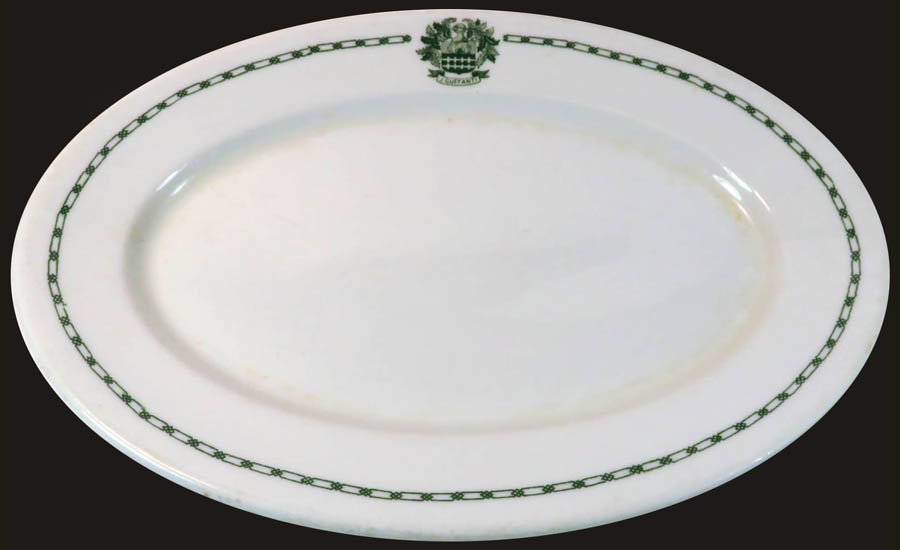 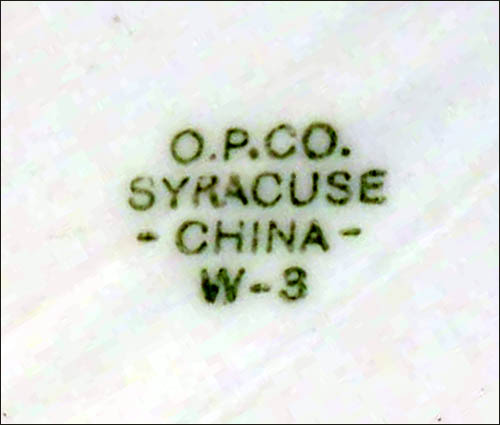 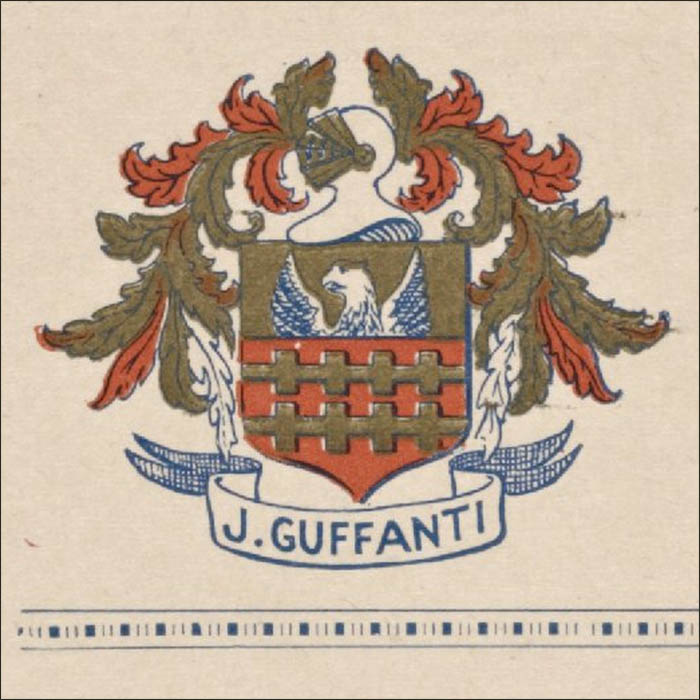 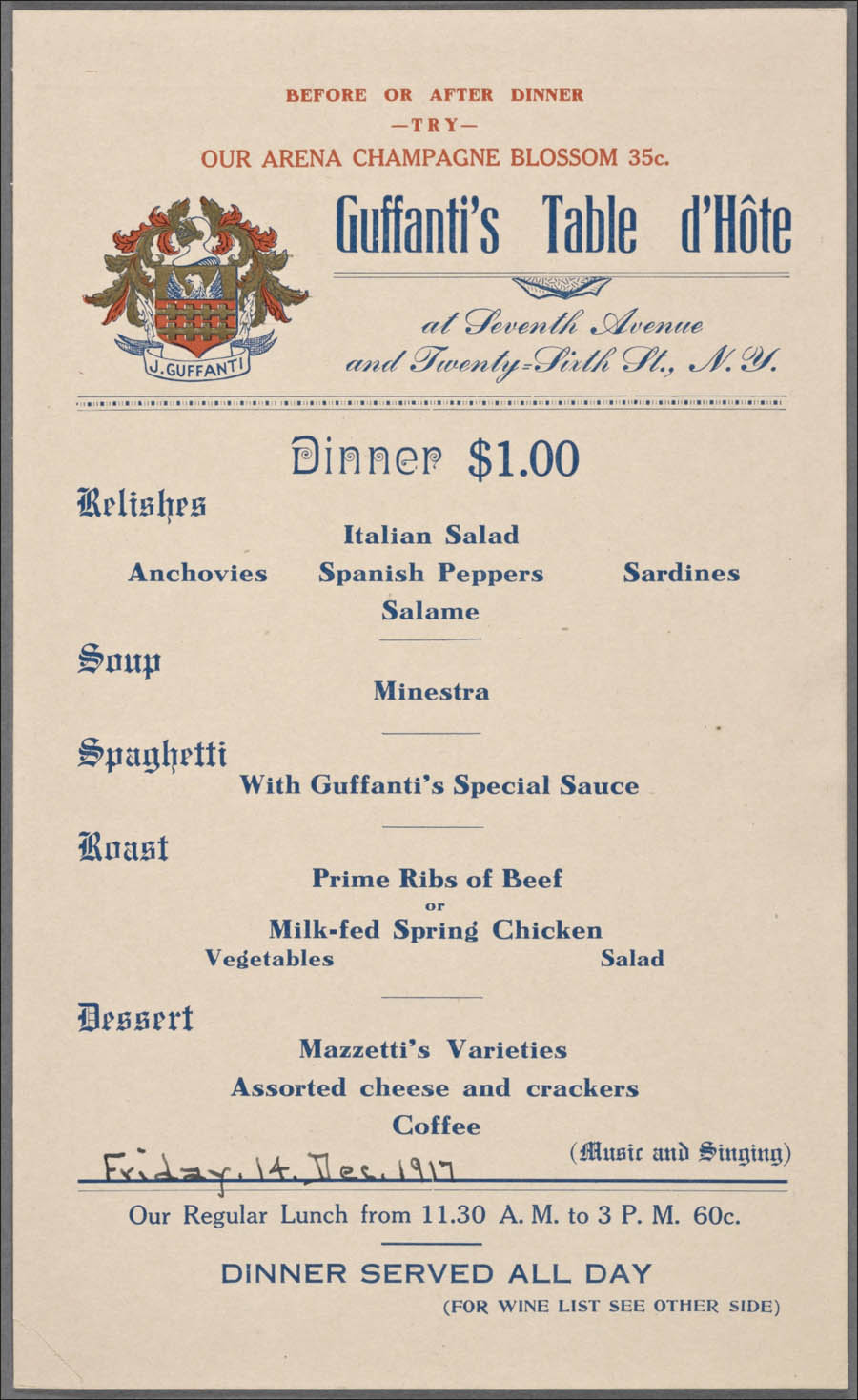 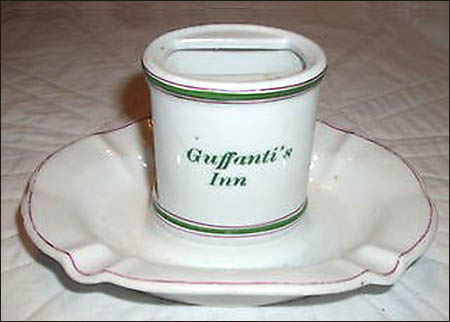 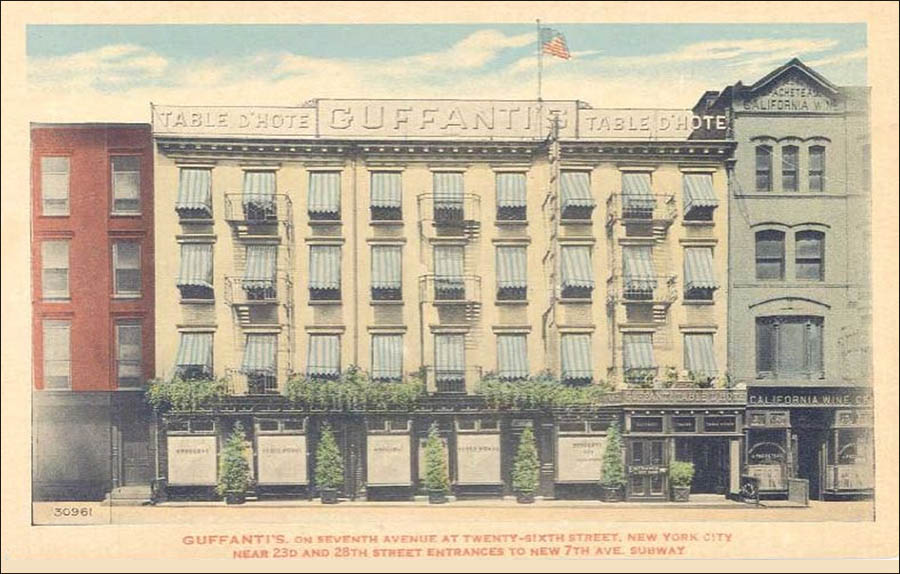 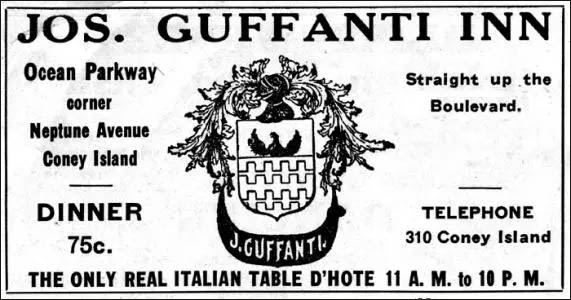 Notes: Described by Rian James in his 1930 "Dining in New York" as "Once the most famous Italian restaurant in all of New York," Guffanti's was opened in 1892 by Joseph (Joe) Guffanti as a dingy saloon at 274 7th Avenue in New York City with a small Italian restaurant tucked in the back. Over time the small storefront expanded to three and the restaurant became quite a success and overshadowed the saloon, although reports say there were always billiards tables in the middle of the dining room. Guffanti died in 1929 and his nephew ran the restaurant until 1935 when a Caserio Domenick bought the business. After his death in 1952, his sons continued to run the restaurant until it closed sometimes in the Sixties.

Guffanti also opened a second restaurant at 161 West 40th Street, and he opened the Guffanti Inn on Ocean Parkway in Coney Island. An ad from the Inn shows that it used the same logo as the restaurant, but the matchstand shown above has a different topmark than the platter.

Green chain border on white plate interrupted at top by Guffanti coat of arms and below within a ribbon, J. Guffanti.