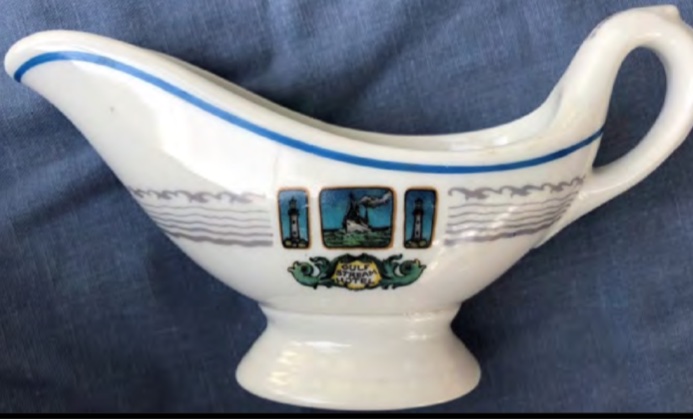 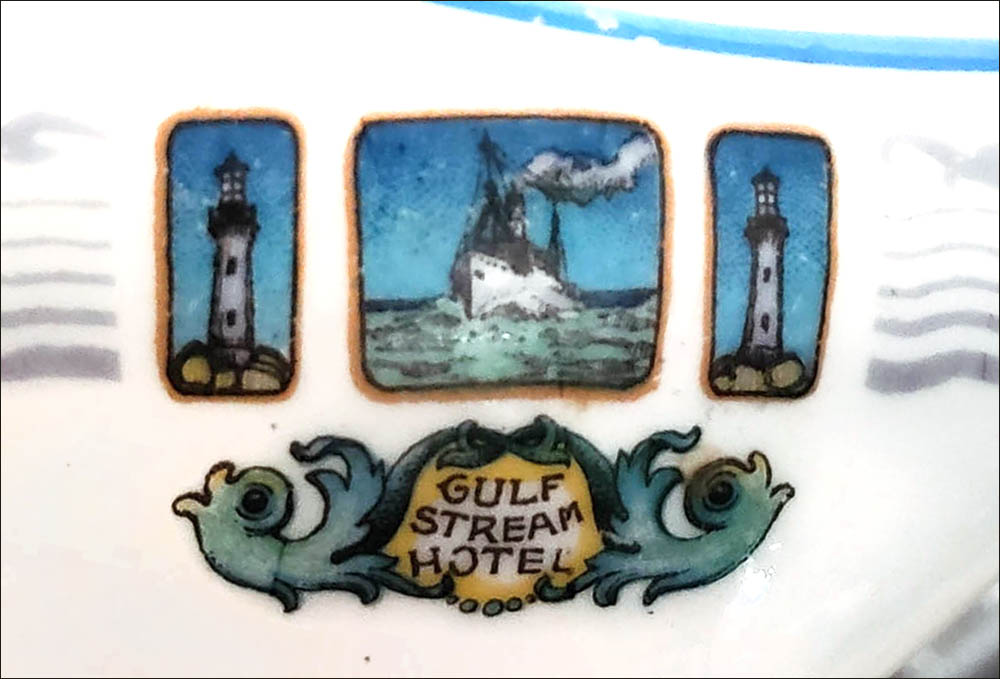 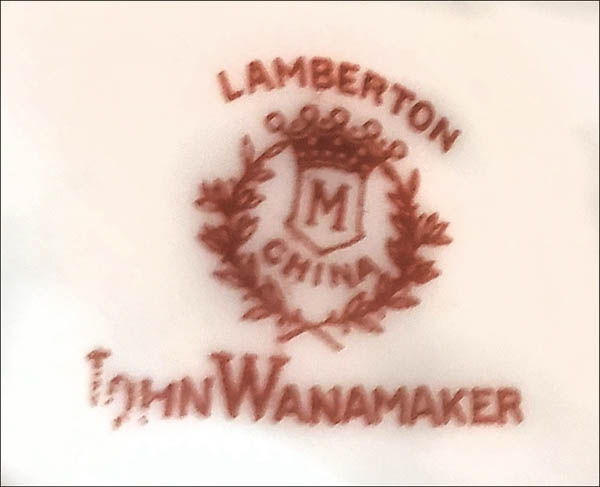 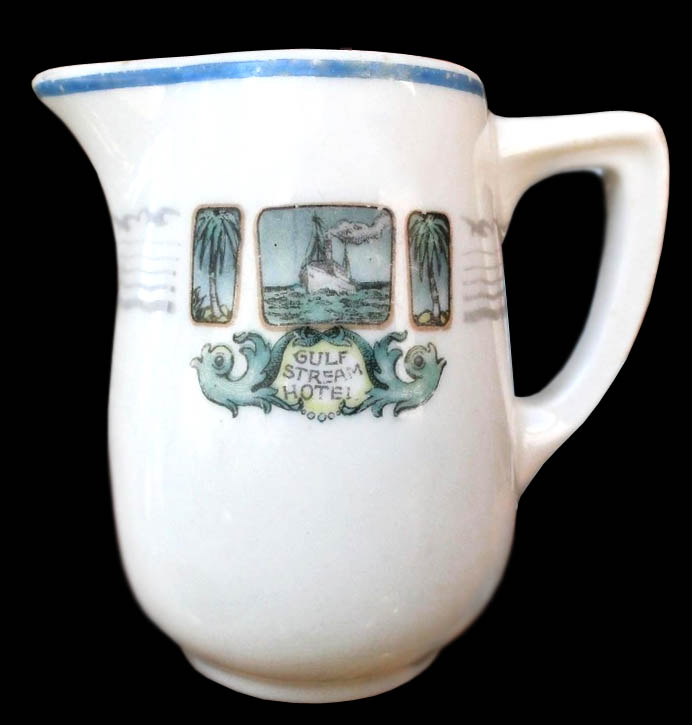 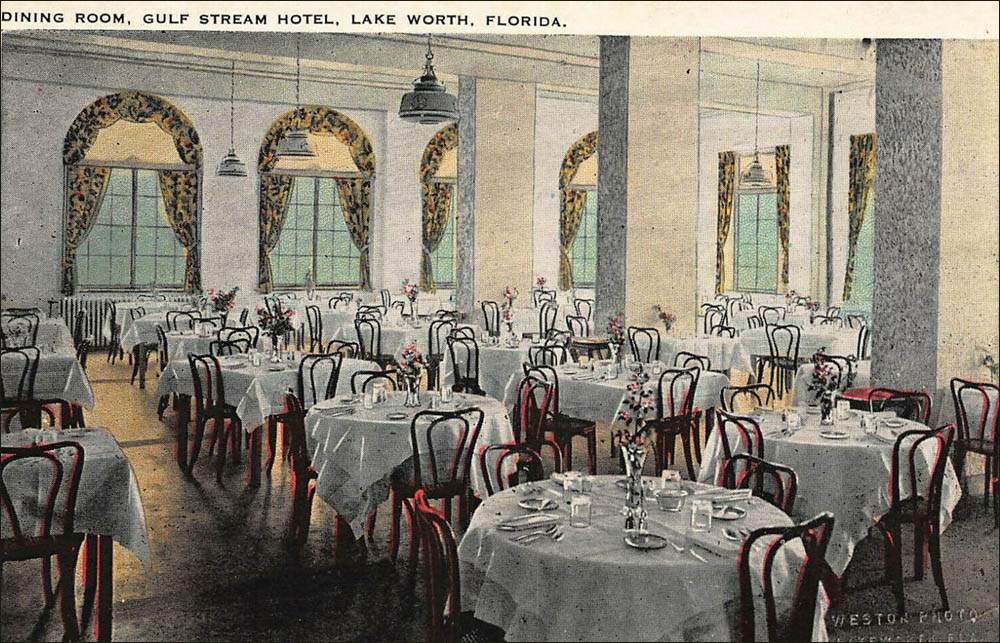 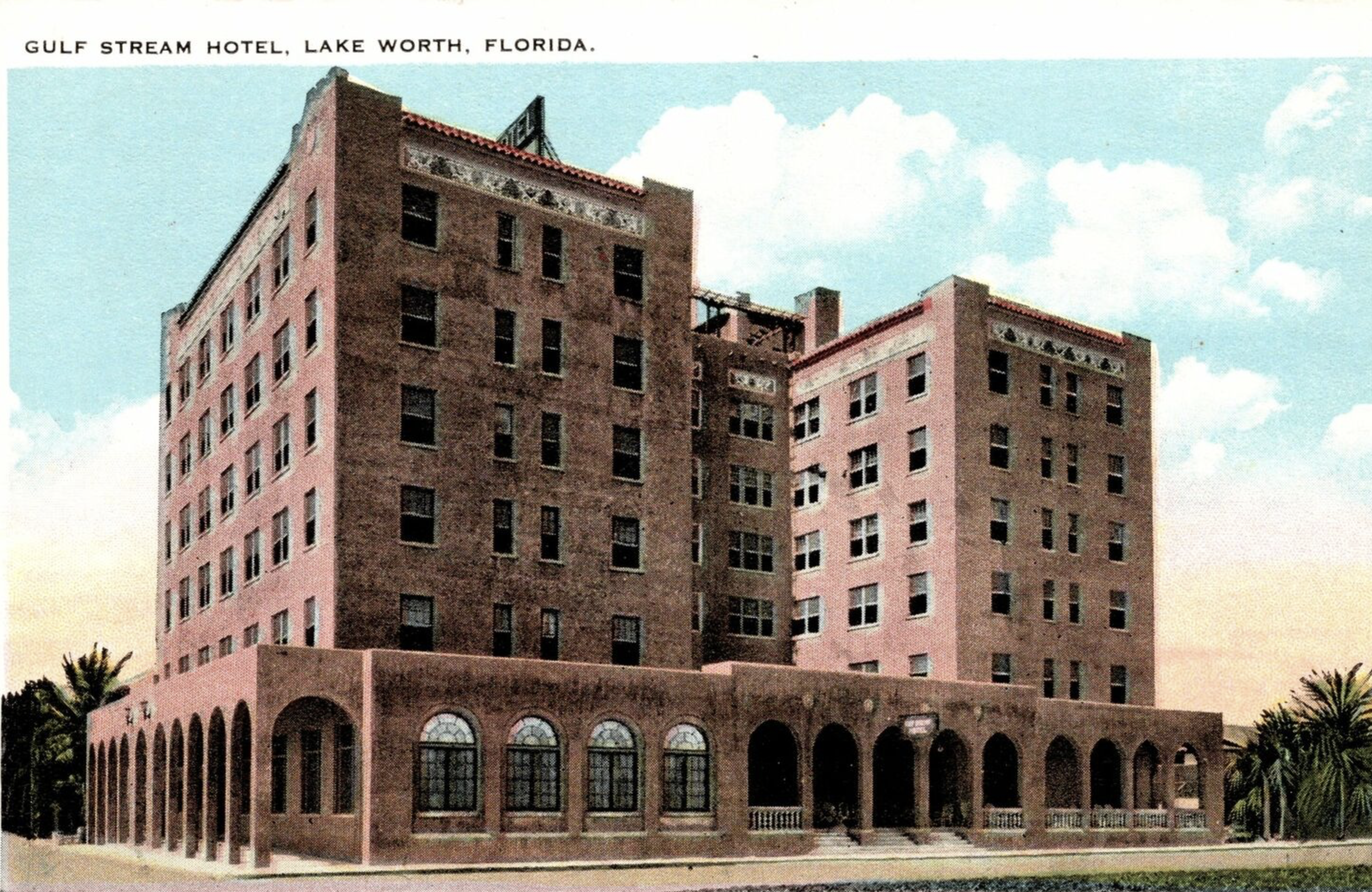 Notes: The Palm Beach Post announced plans to build what would become the Gulf Stream Hotel on May 9, 1920. Construction finally began in 1923, and the six-story, 132-room Gulf Stream Hotel located at 1 Lake Avenue, Lake Worth, Florida, opened January 16, 1925. The hotel went into bankruptcy and was sold to the Hygeia Hotel Company in the summer of 1936. The Patio building with ground floor cocktail lounge and second floor dining room was added in 1937. A seven-story tower section was completed in 1963. The hotel closed in 2005. In 2022, it was undergoing renovation with plans to reopen in 2023.

Around 1923, Maddock got the contract to produce a crested Lamberton China service for Gulf Stream, which was then under construction. The decal crest features a panel with a steamship flanked by smaller panels containing lighthouses. "Gulf Stream Hotel" is below, framed by stylized fish. There is another three-panel decal with a different steamship view, flanked by palm trees. Between these panels are sections with gray flying seagulls above five stylized waves. A blue rim line completes this pattern. The original china order contains the Maddock "M" in a shield Lamberton back stamp, although the name had change to Scammell by the time the hotel opened. John Wanamaker was the distributor.