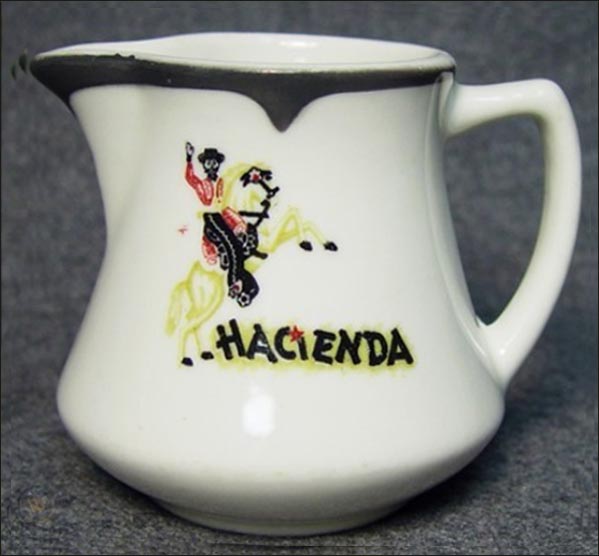 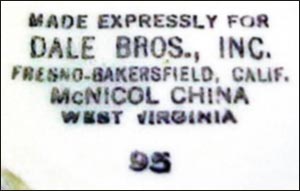 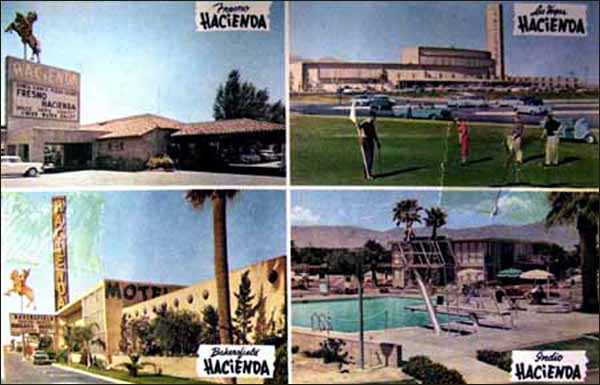 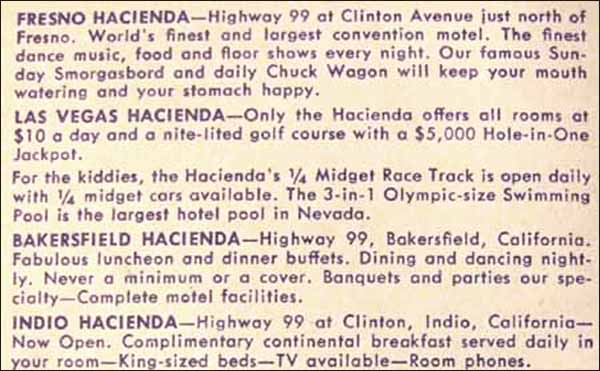 Warren "Doc" Bayley was chairman of the board of Standard Motels Inc., which owned Hacienda Hotels in Bakersfield, Fresno and Indio, CA. Bayley and his wife Judy opened the Hacienda Hotel in Las Vegas in June 1956. The casino opened in 1957.

Not only did the Las Vegas casino use the Hacienda china, but the Bayleys' three other hotels in California — that had no gaming — all used the same logo and graphics. They also had an airline that used the logo. Therefore, this particular china could have been used at any of the four locations — with or without gambling — and on one of the airplanes.

The handled creamer has a wave or crest pattern around its border in dark brown or black. The main design is a cowboy in red and black mounted on a rearing horse in a yellow green. HACIENDA is spelled out in all caps in black with the same yellow green shading and a red star over the i.