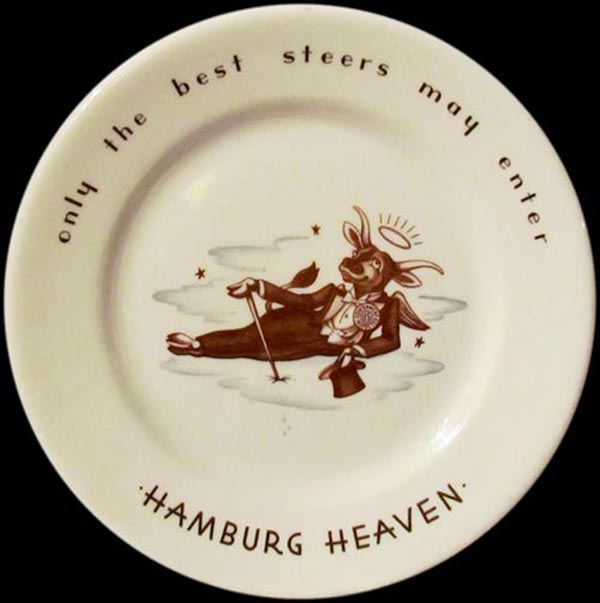 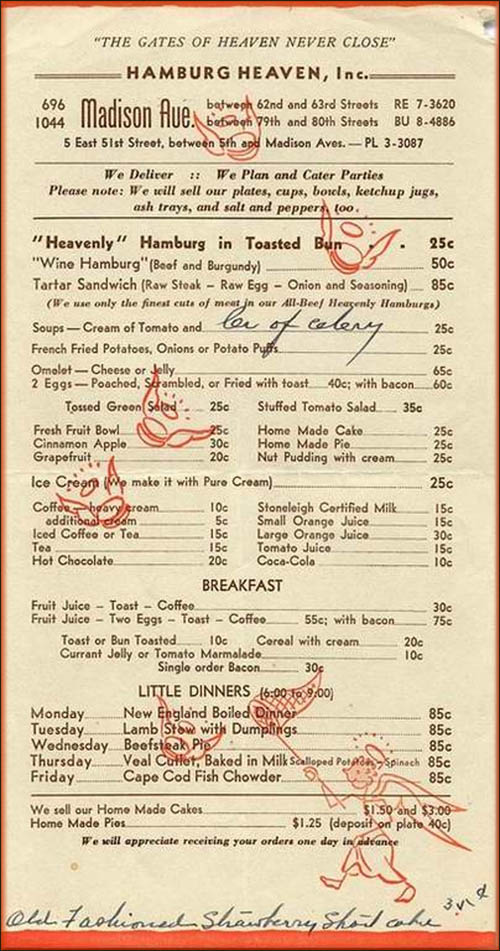 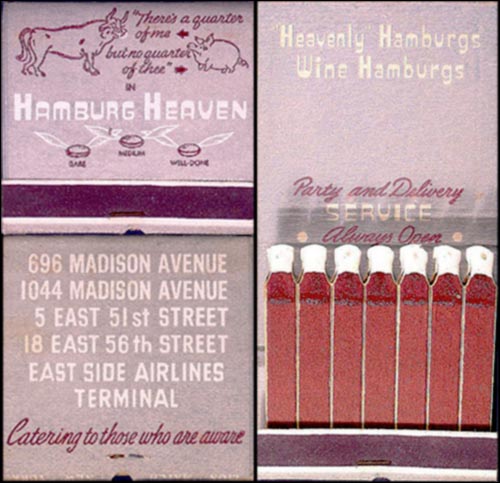 Notes: In 1938, Phyllis S. Moffett from Wilton, Conn., opened the first Hamburg Heaven with 15 seats at 696 Madison Ave. in New York City. By 1942, Hamburg Heaven Inc. had three restaurants and used the slogan, "The Gates of Heaven Never Close." By 1959, there were five locations, including an East Side Airline Terminal restaurant.

According to news accounts, Rita Hayworth and Henry Fonda regularly enjoyed the restaurant's prime beef burgers, homemade pies and cakes. Beyond the food, based on the circa 1942 menu shown above, the restaurant also sold its "plates, cups, bowls, ketchup jugs, ash trays and salt and peppers, too."

Many of the Hamburg Heaven restaurants had "one-person booths with swivel trays that looked like school desks." Ed Levine of The New York Times described these single-occupancy booths as "… a particularly lovely anachronism: Take your coat off before you sit down, as the space is so confining you'll find yourself twisting like a contortionist to do so after the fact."

In March 1964, Moffett died at the age of 66. The following year Hamburg Heaven was taken over by Primeburger, which continues to serve first-class hamburgers (as of 2009) at the original 5 E. 51st. St. location.

The plate has a light tan body with a center design of a brown, winged cow or steer angel with halo that is dressed in a tuxedo with a cane in one hoof and a top hat in another hoof, lying on gray clouds. The phrase, "only the best steers may enter" is written along the top rim, and the words, "Hamburg Heaven" appear on the bottom rim in dark brown.