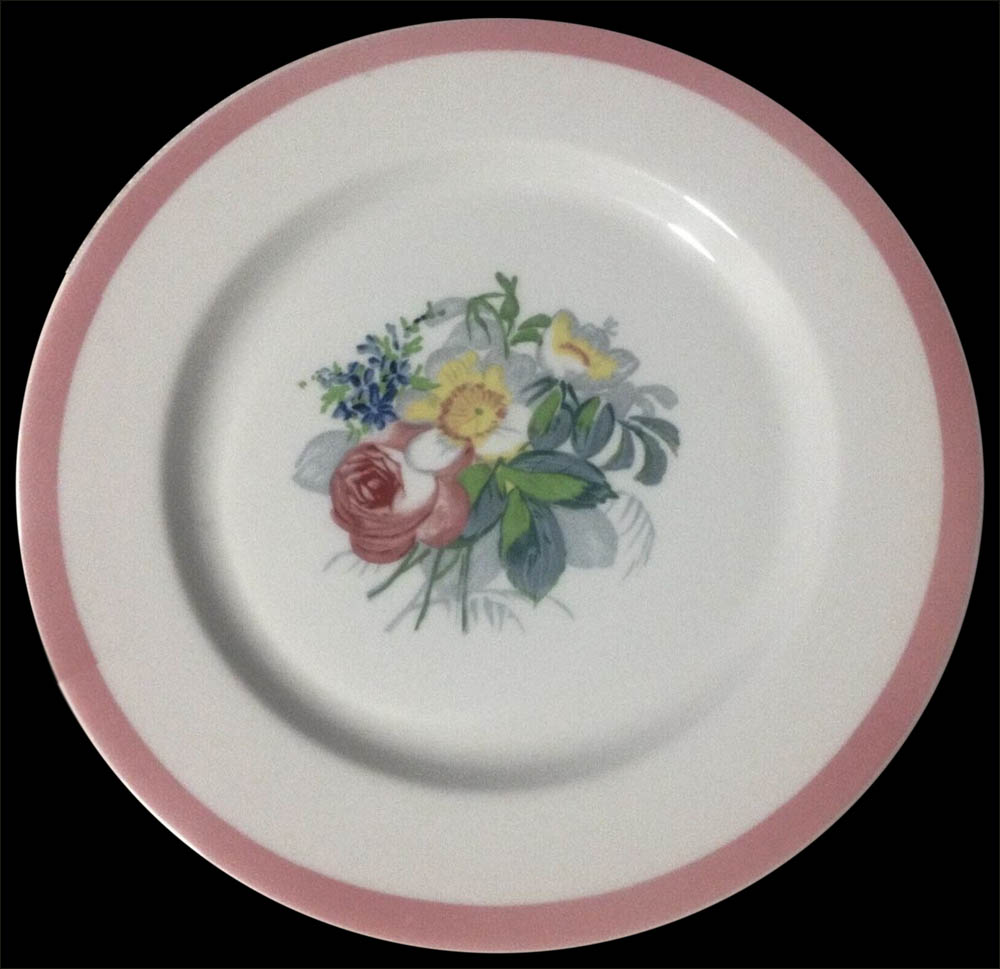 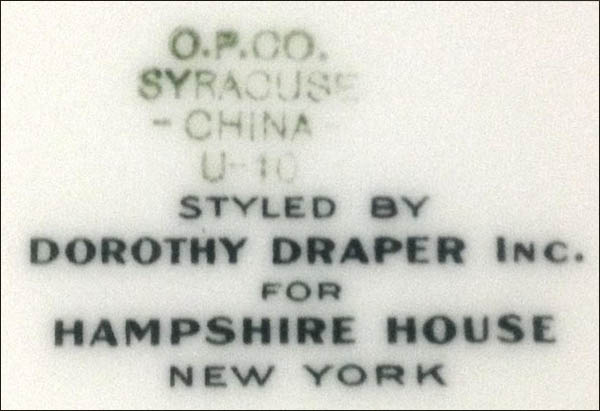 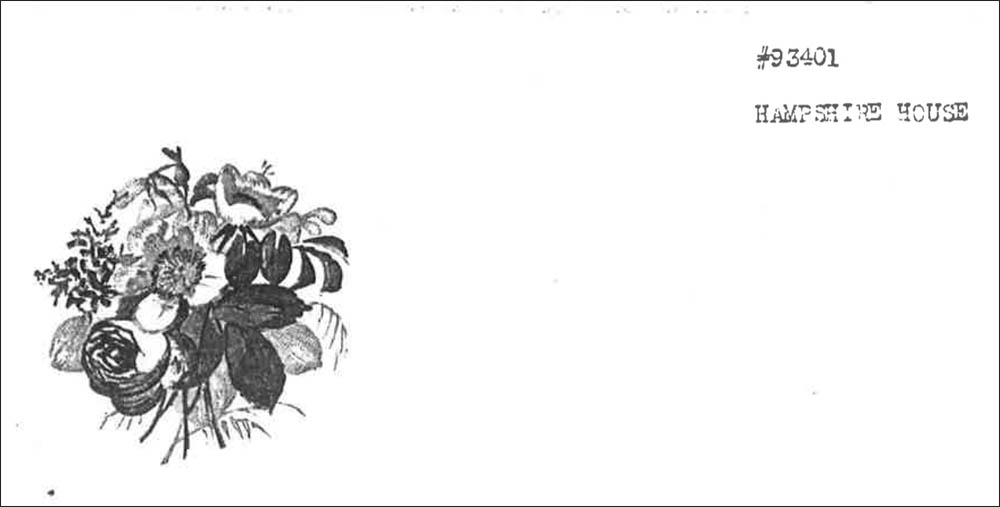 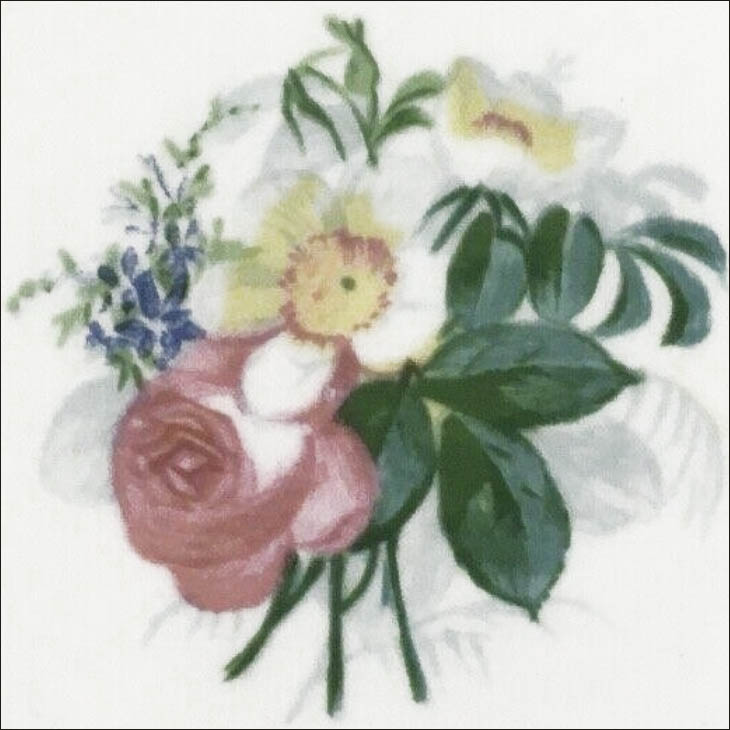 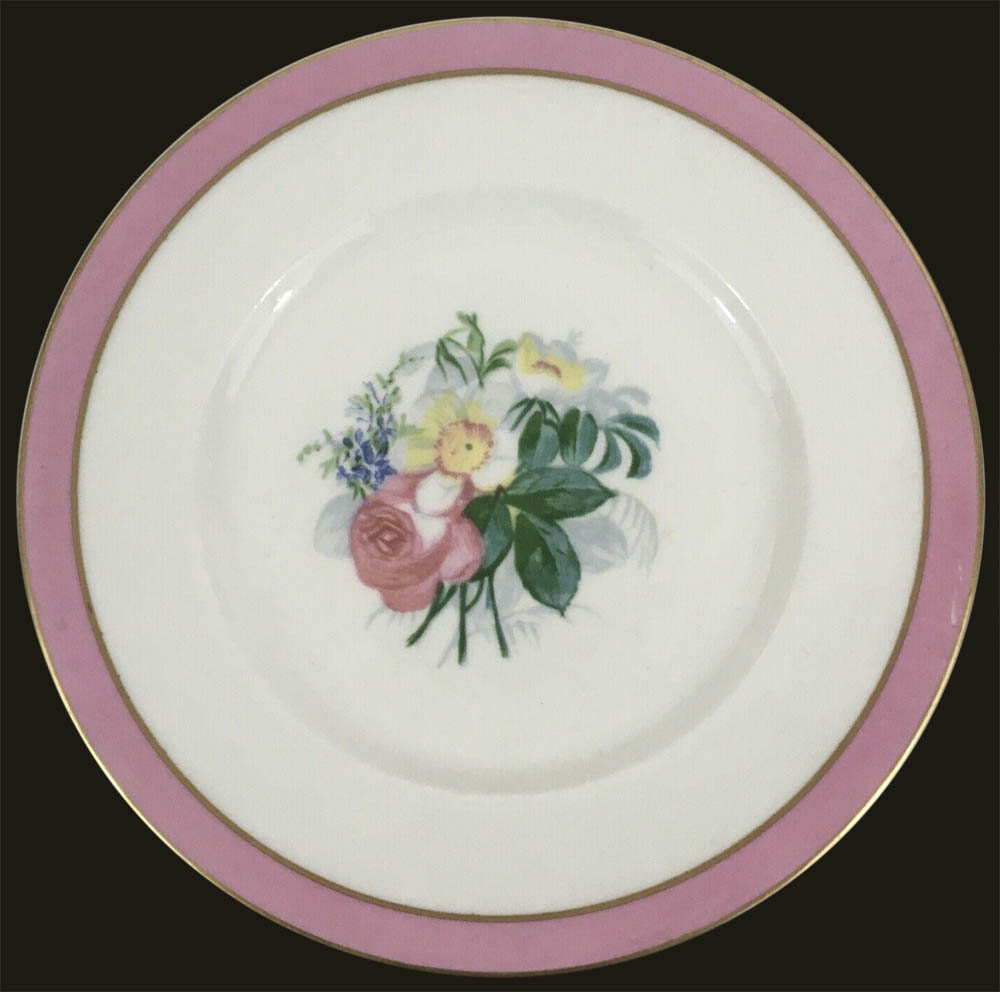 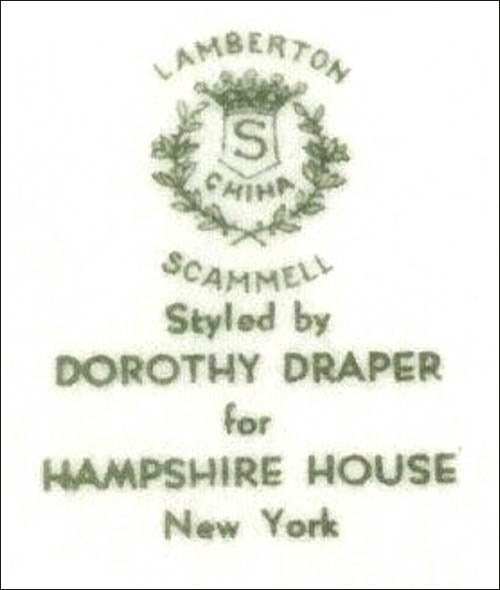 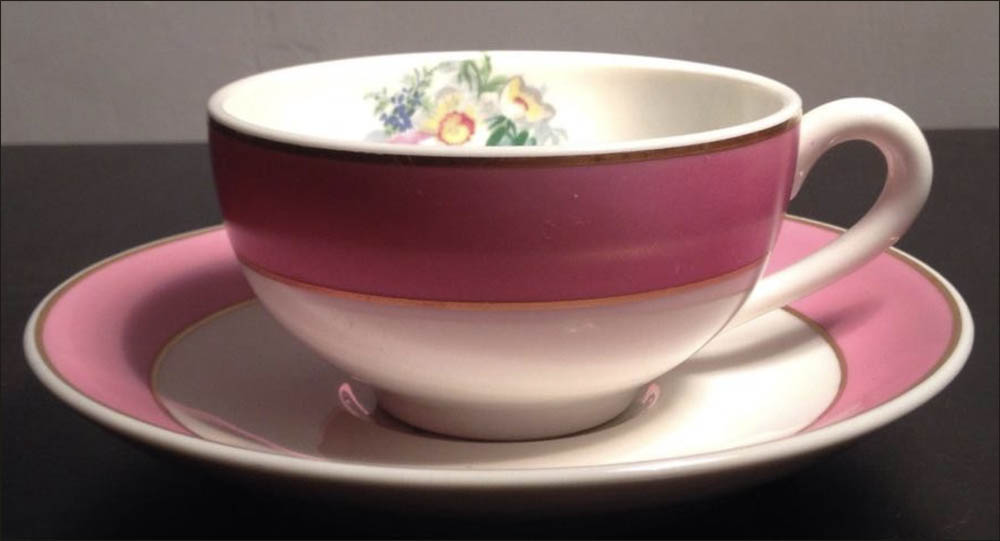 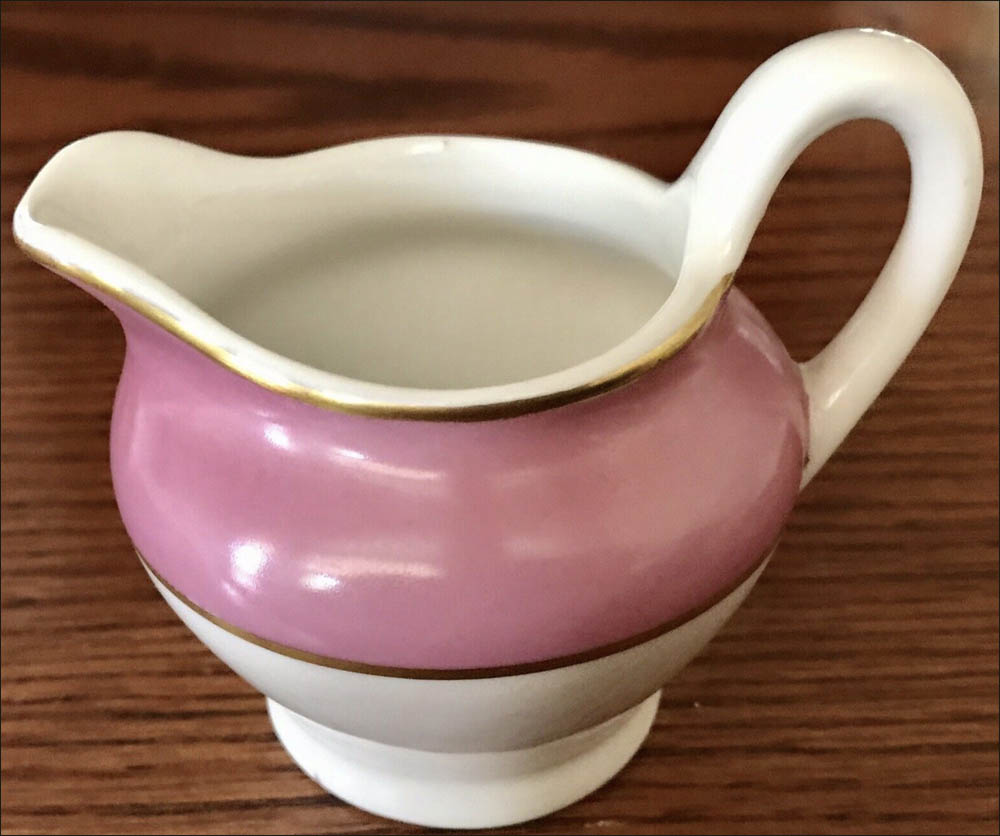 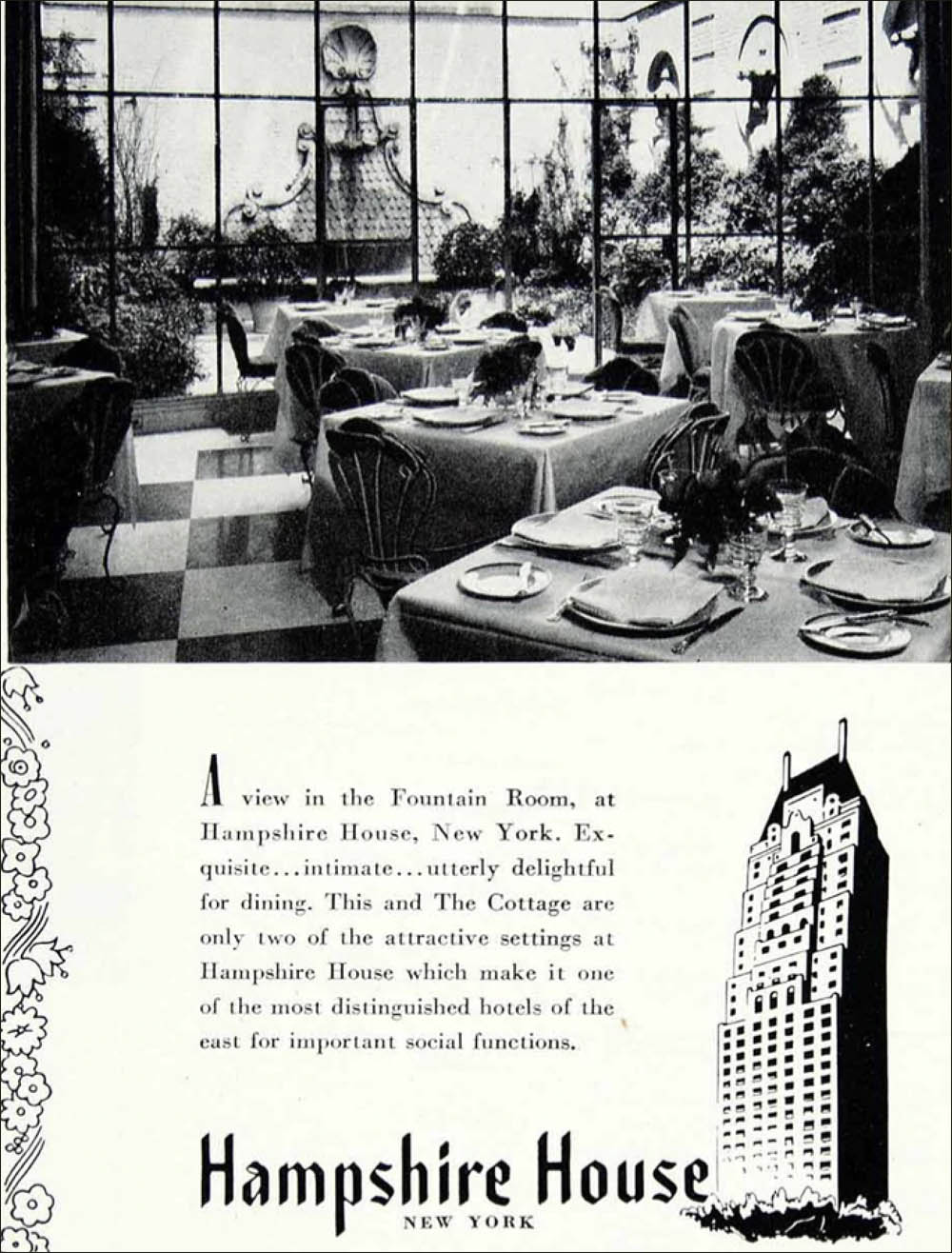 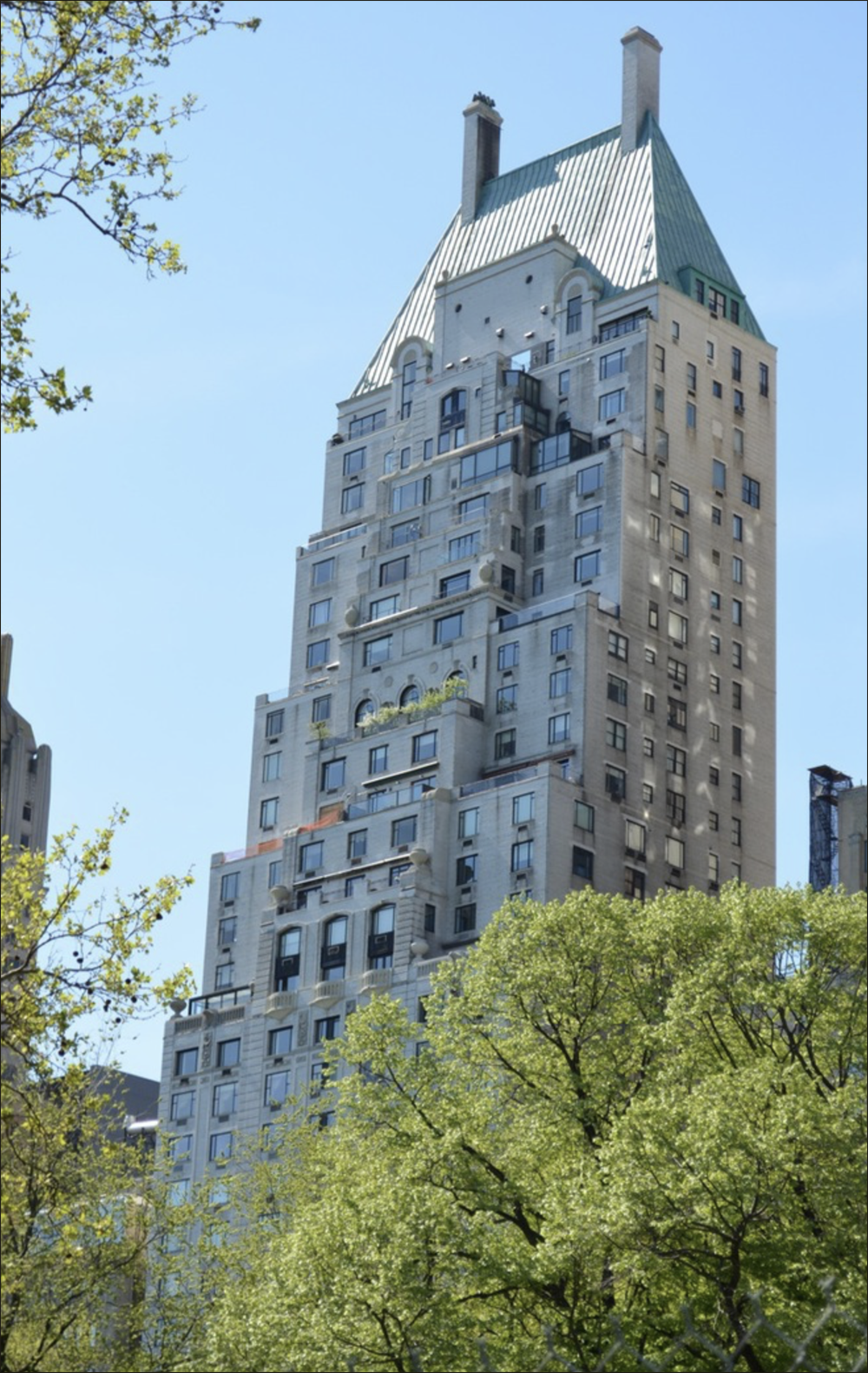 Notes:  The 37-story Hampshire House, at 510 Central Park South, was finished in 1932 but remained empty before it opened on Sept. 15, 1937. It is listed in the 1937 Hotel Red Book as having 500 rooms. Actually, though, it was an apartment building with some hotel rooms. The apartments ranged in size from one to seven rooms. It contained a restaurant and a cocktail lounge that were available to the general public as well as the tenants. The public spaces were designed by Dorothy Draper and featured oversize versions of classic baroque moldings. In 1949 it was converted to a cooperative building.

Incised on one of the building's blocks is this 1931 inscription: "Dedicated to Yesterday's Charm and Tomorrow's Convenience."

Scammell and Syracuse both produced the Hampshire House china. Scammell may have been the original maker, because the pattern is listed in the Syracuse pattern book as pattern #93401. While not dated, it is placed near Syracuse patterns with 1939 dates.

Scammell used this floral spray as the decoration on one of its dinnerware patterns, Spring Garden. The Lamberton dinnerware line was introduced in 1939.

The Hampshire china has a wide pink border, flanked by coin gold lines. The Scammell backstamp included "Styled by Dorothy Draper." "Styled" suggests that Ms. Draper did not personally design the floral spray but did select the pink and gold border for use with the floral decal. A Syracuse plate with a 1940 production date code does not have the coin gold lines on the pink border.