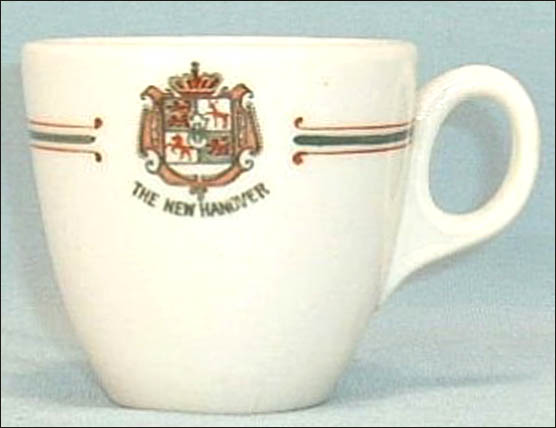 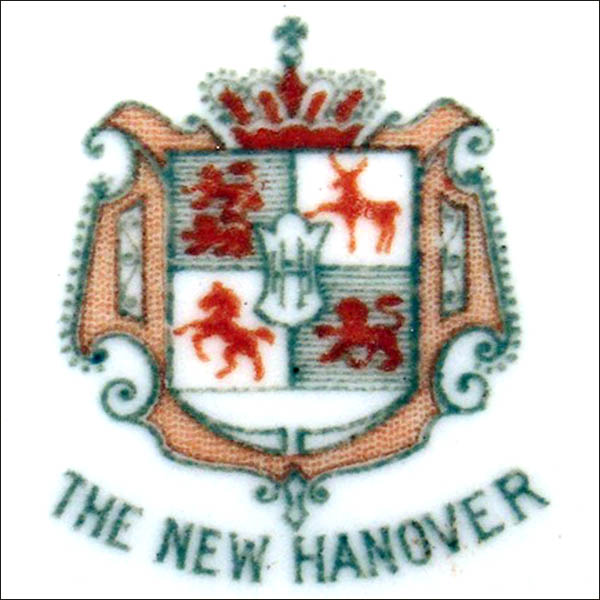 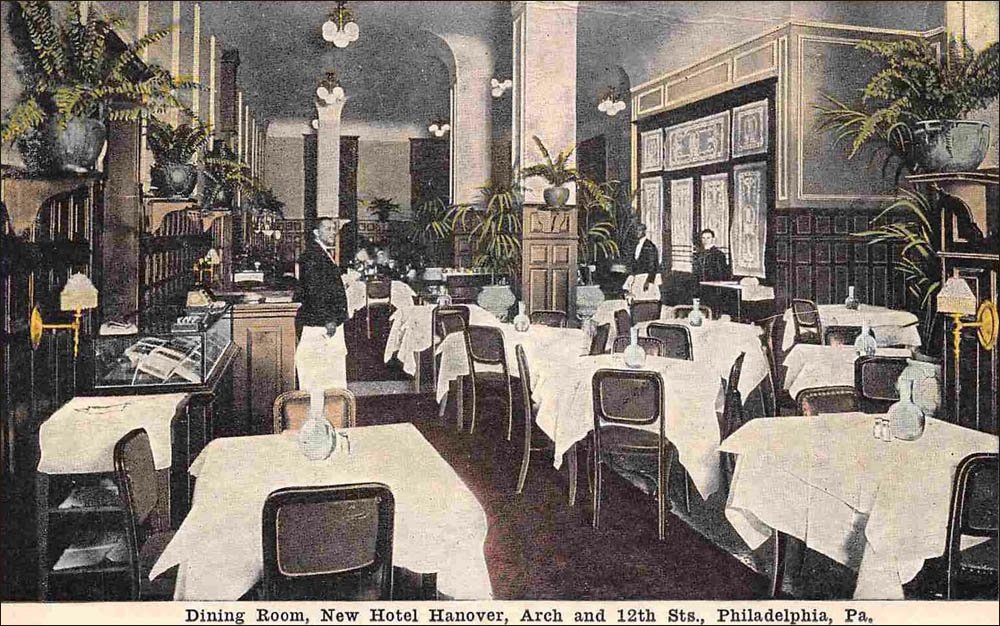 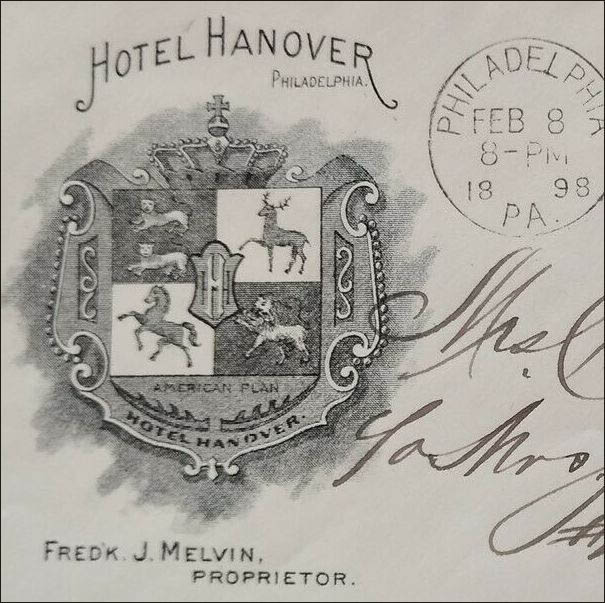 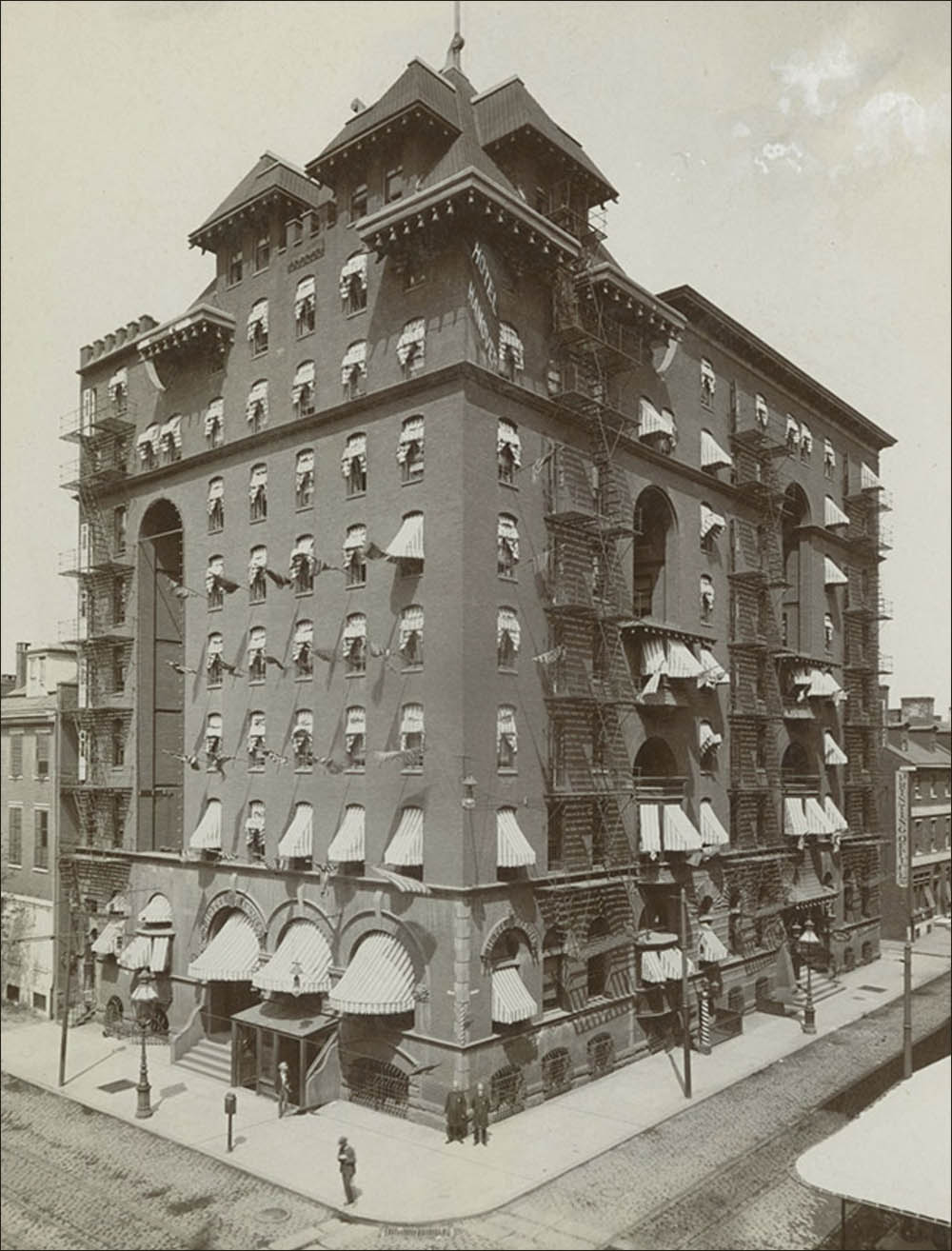 Notes: The 10-story Hanover Hotel, on the corner of Arch and 12th streets, opened April 1894. A later eight-story addition gave it a total of 200 rooms, with 75 private baths. It operated on the American Plan which included meals with the room. A 1915 advertisement stated "Renovated throughout" which may be when "New" was introduced in the hotel name. It is listed in the 1930 Gehring Hotel Directory, but not in 1932.

Maddock made Lamberton China crested with the hotel shield. "The New Hanover," in green, is curved below. A green line flanked by red pin lines with curved ends completes this pattern.  John Wanamaker was the distributor.