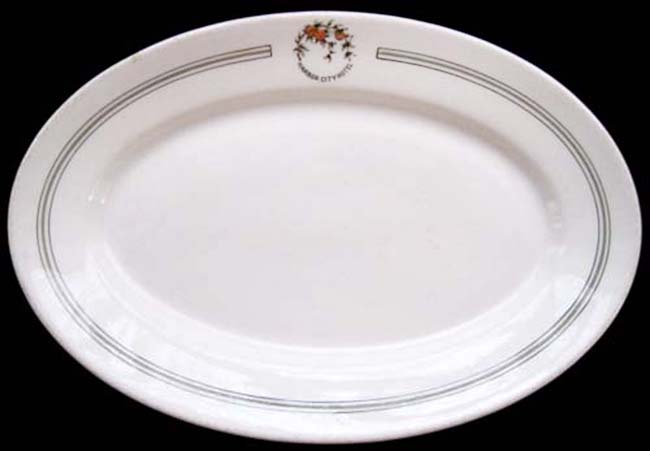 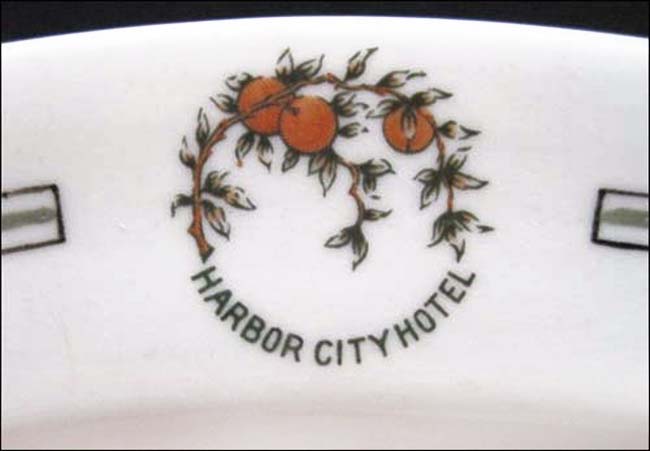 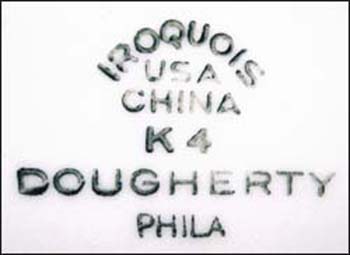 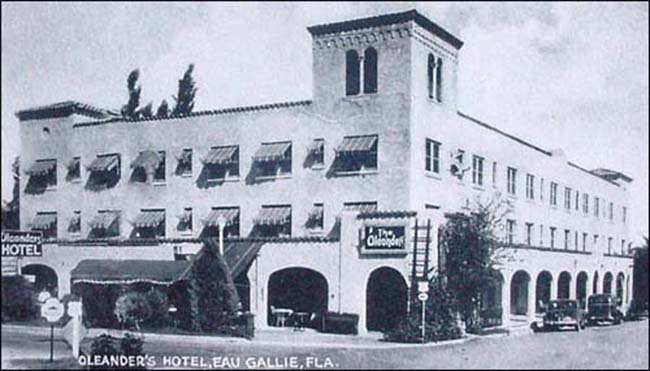 Notes: Located on the Indian River in what was Eau Gallie (now Melbourne), Florida, the 62-room Harbor City Hotel was built in 1926. It is the only hotel listed in the 1927 and 1928 HRB, with John O. Shares, Mgr. The Harbor City Hotel is NOT listed in the 1929 HRB, but the 62-room Oleanders Hotel IS listed, with John O. Shares, Mgr.

In their book, Florida's Space Coast, authors Wade Arnold and Andy Allen confirm: "The Oleanders was originally known as the Harbor City Hotel…It was located near the Eau Gallie Bridge but suffered a loss of business during the year 1926. During the 1940s, the hotel went through a revival but eventually was torn down in 1990."

By 1959, Eau Gallie was assimilated into the city of Melbourne. In later years, the hotel closed and became Conchy Joe's Restaurant and then Squid Lips before it was demolished in 1990.

White body oval plate with a sage green band with black lines on either side, broken by branches of oranges and Harbor City Hotel below.