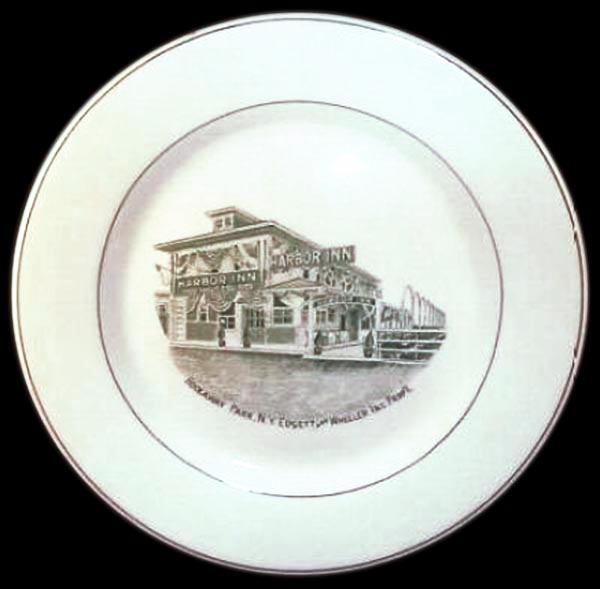 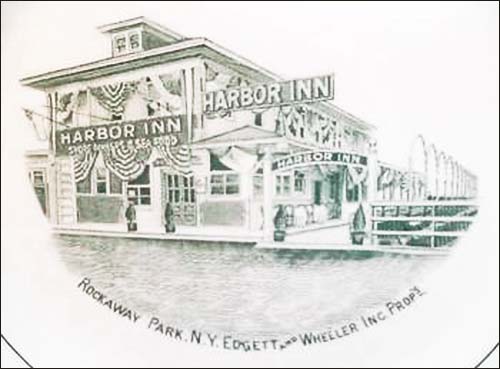 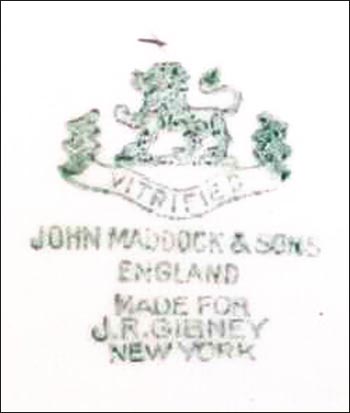 The plate features the restaurant's highly detailed green image (all underglazed) in the center of the plate with two green outer border pinstripes. The plate was made by John Maddock & Son and was distributed by J.R. Gibney in New York.