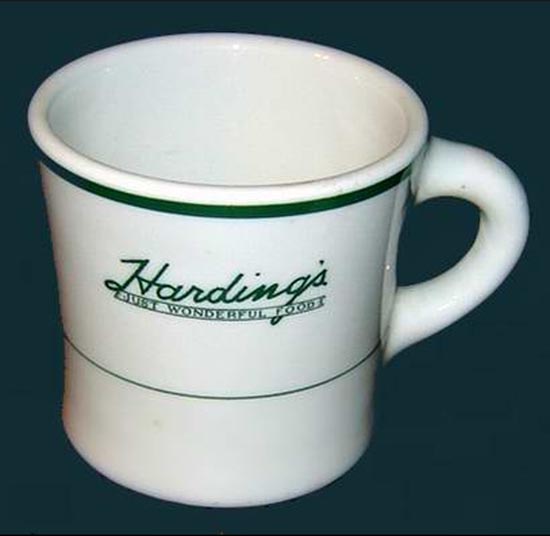 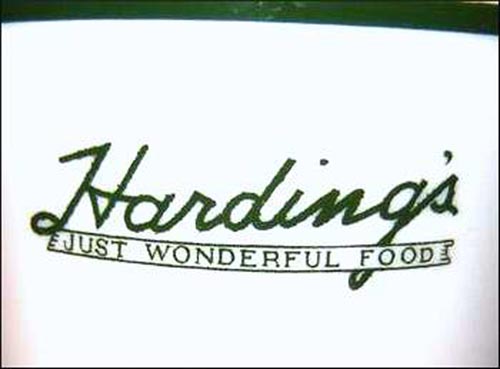 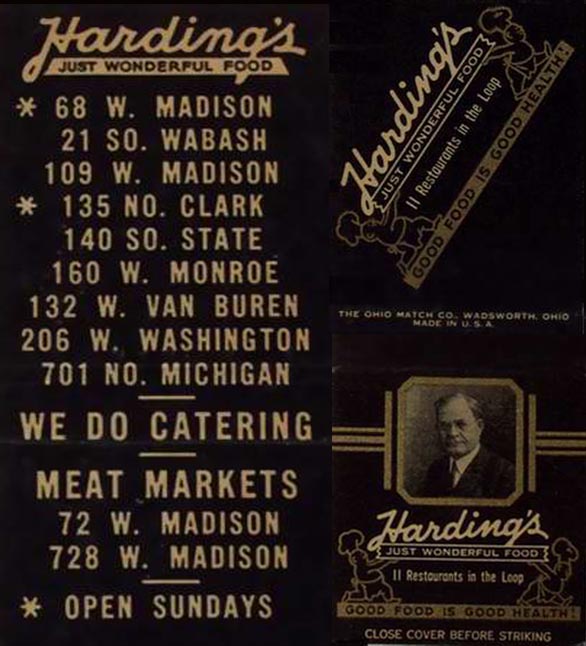 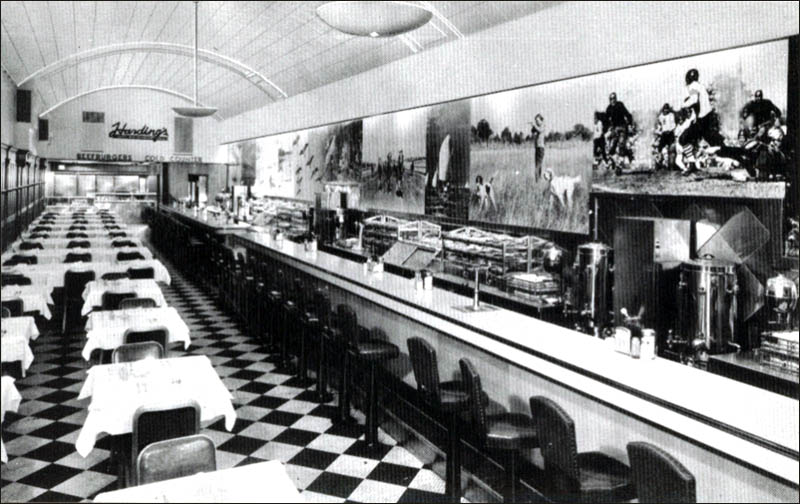 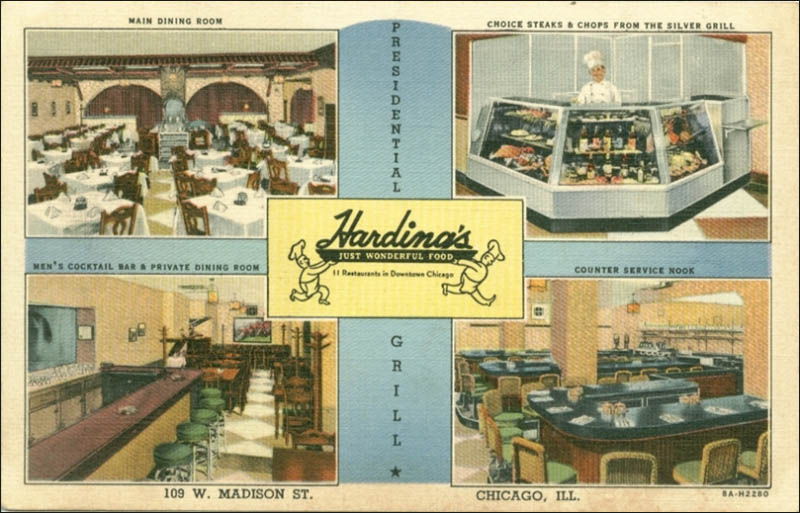 Notes: After serving as the proprietor of of the Planters Hotel – Chicago, Illinois, from 1912-1922, John P. Harding began a chain of grill rooms and sandwich shops in the early 1920s under his Harding Hotel Company. He later opened other restaurants, starting in 1928, under his John P. Harding Restaurant Company.

There was a Harding's on the Howard Street L, where a kid could get "glorious mashed potatoes and gravy, heavenly macaroni and cheese, and fresh muffins." There was also a Harding's at 231 S. Wabash and 68 W. Madison, where John P. Harding himself gave out complimentary toys from his "treasure chest" to girls and boys at Christmastime. Note the logo on the interior back wall in the postcard shown above.