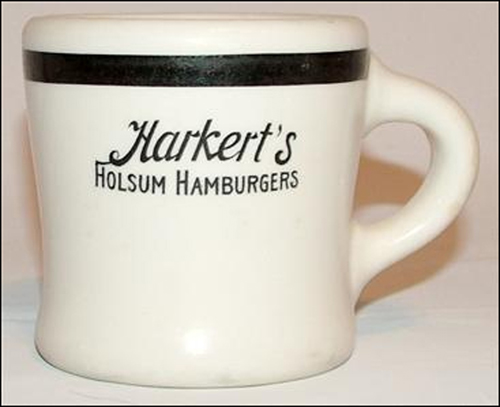 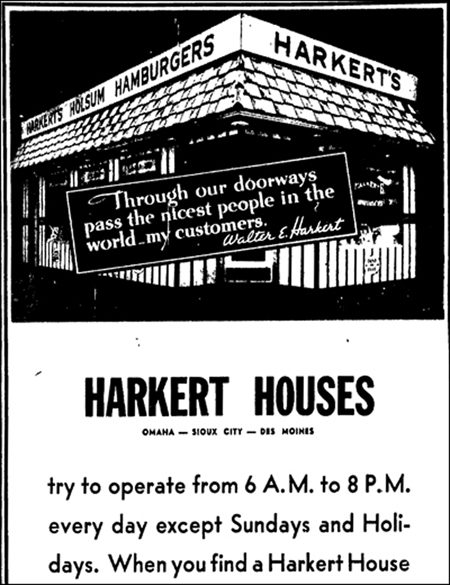 The ad appeared in the Oct. 30, 1943 Council Bluffs Iowa Nonpareil. 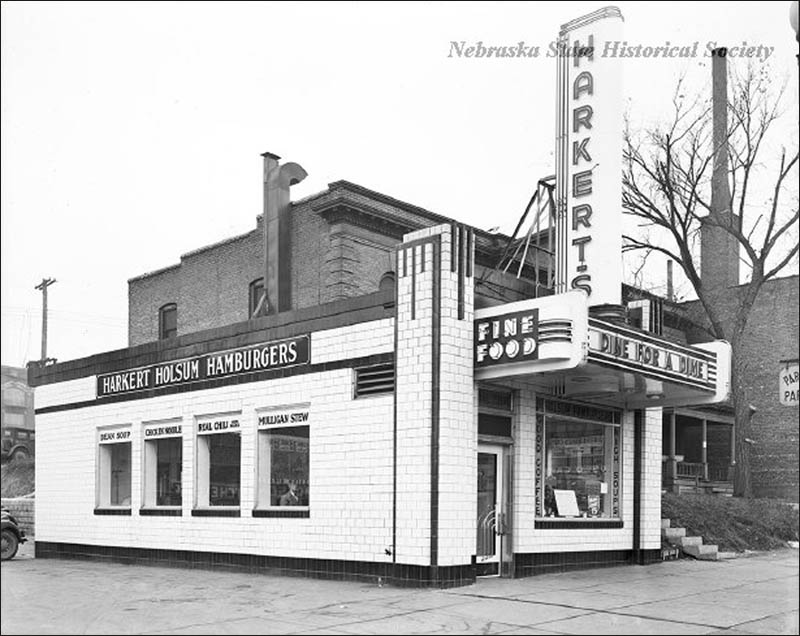 Note: From the Council Bluffs [Iowa] Library archive comes the following history of Harkert's: "Harkert's Holsum Hamburgers was founded by Iowan Walter E. Harkert and became a successful chain in Council Bluffs, Omaha, Souix City, and Des Moines in the 1930's and 1940's. The restaurants had a characteristic black and white appearance. Even after the chain dissolved many of the distinctive buildings remained standing and operating as independent restaurants until the late 1960's or early 1970's.

"The restaurants in Council Bluffs had closed by the late 1930's. A 1931 ALHS yearbook ad identifies the locations as 'just South of Broadway on Main Street,' 'just West of 8th Street on Broadway,' and 'just across and north of Woodward's Candy Factory.' Note the spelling of 'Hamberger.' Every other ad we can find uses the traditional spelling so we're tempted to conclude the Crimson and Blue staff was just having a bad day.

"The chain advertised being open from 6 a.m. until 8 p.m. which were extended hours for that era and they were open Sundays, something else rather rare. It's the latter that actually caused HSPC member Robert Warner, Sr. to quit his job at Harkert's in the 1930's. He notes working seven days a week got a little old for a teenager particularly when his friends were out dancing at the Mile-a-way!"

White mug with one black band below rim with the words below the band: Harkert's Holsum Hamburgers.