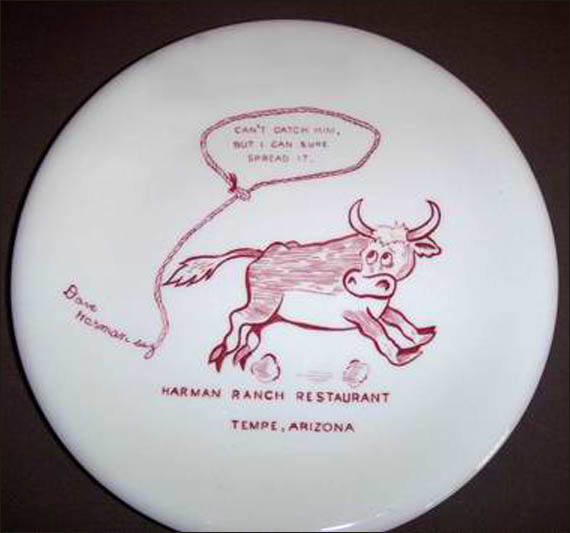 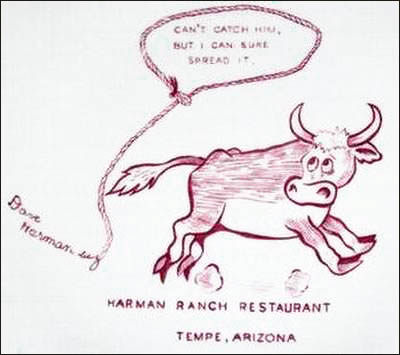 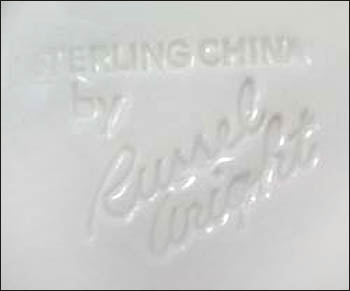 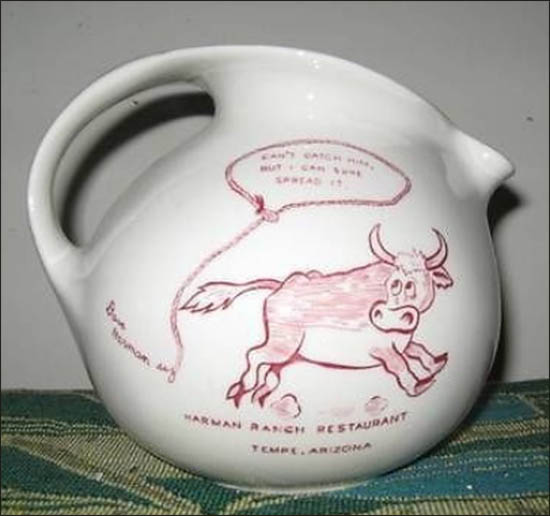 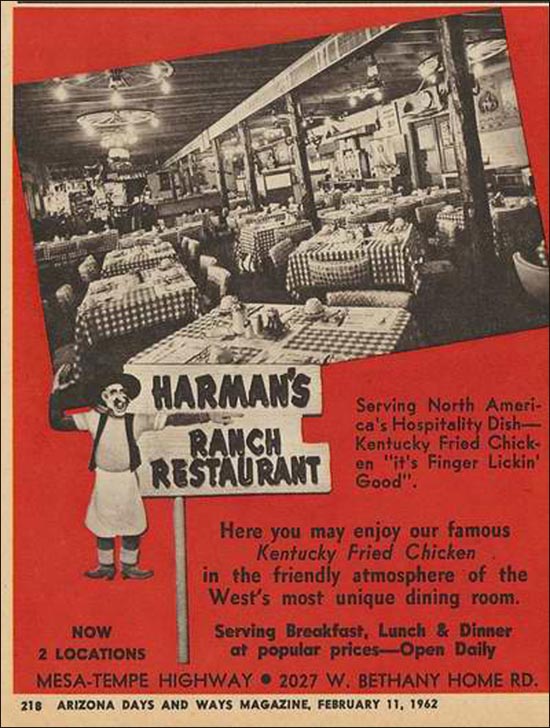 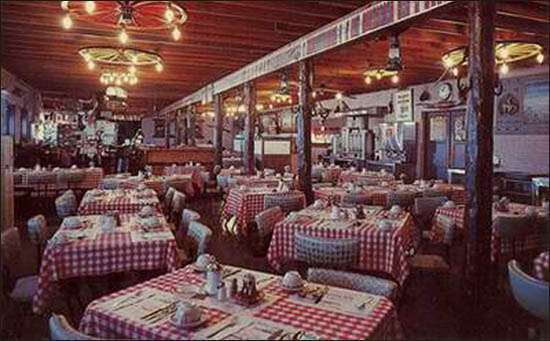 Owned and operated by Dave Harman, the restaurants specialized in family-style dinners and also made the familiar advertising claim that "our Kentucky Fried Chicken is finger-lickin' good." As the ad below indicates, Harman's Ranch restaurants were closely connected to the origins of KFC.

Dave was the brother of Pete Harman, a Salt Lake City restaurateur, who became Colonel Sander's first franchisee in 1952. The restaurant, located at 33890 South State Street in Salt Lake City, Utah was an instant success, and thereafter, sit down Harman's restaurants opened in several Salt Lake City and Ogden locations.

White body with a red cartoon illustration of a running bull and a lasso with the words, "Dave Harman sez", "Can't Catch Him, But I Can Sure Spread It." Beneath the running bull is the restaurant name and location: "Harman Ranch Restaurant, Tempe Arizona." Recessed Sterling China, Russel Wright backmark, dating from circa 1947 to early 1950s.