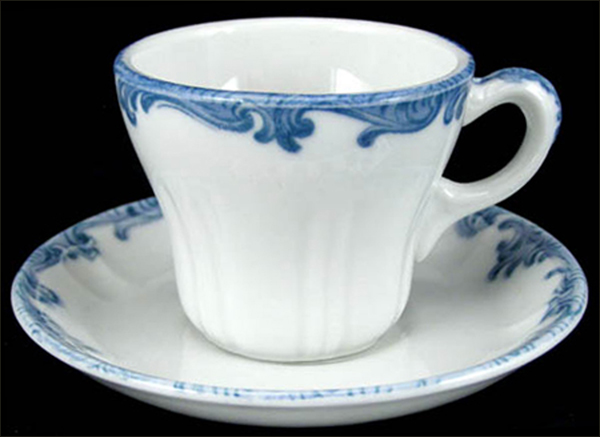 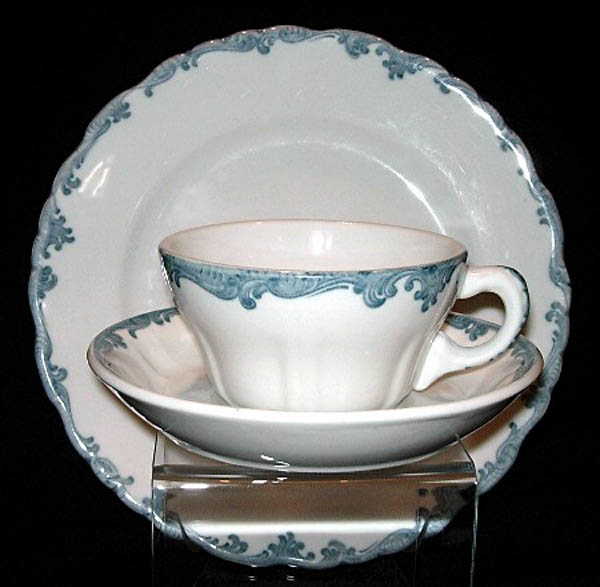 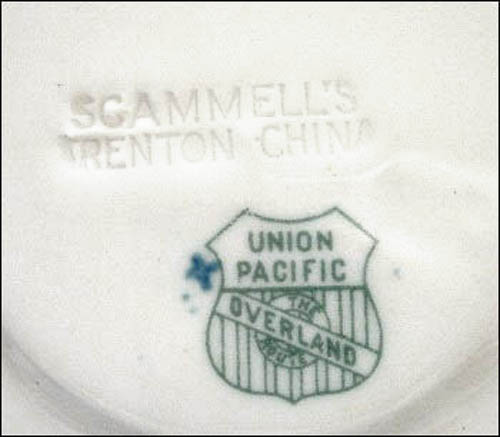 Notes: According to Richard Luckin's "Dining on Rails," this pattern was used in both the Challenger and Overland dining cars and at railroad-connected eating houses, such as Omaha Union Station or some of the UP operated parks in Utah. Two versions of this pattern were used, one topmarked and the other backstamped, but both with the Union Pacific Overland shield. Occasionally found with just "The Overland Route" on the bottom and no shield. Manufacturers included the Maddock Pottery Co., Scammell China (examples of both shown above), and John Maddock & Sons (England). The pattern was named for E.H. Harriman, director as of 1897 and later president, and his son W.A. Harriman, Chairman until 1946.

The border pattern, controlled by Harriman Lines, features a light or medium blue or even green scroll design around the rim and customized with the railroad shield reading Union Pacific at the top and The Overland Route in a circle and diagonal stripe below. The pattern was also used on another Harriman-controlled railroad, Southern Pacific, to provide some continuity on the jointly-operated trains.

Harriman Blue 2 by Maddock Pottery for the Southern Pacific version.