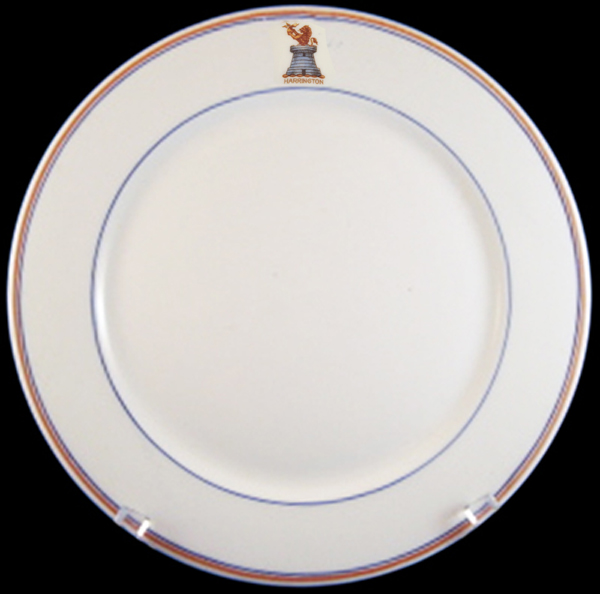 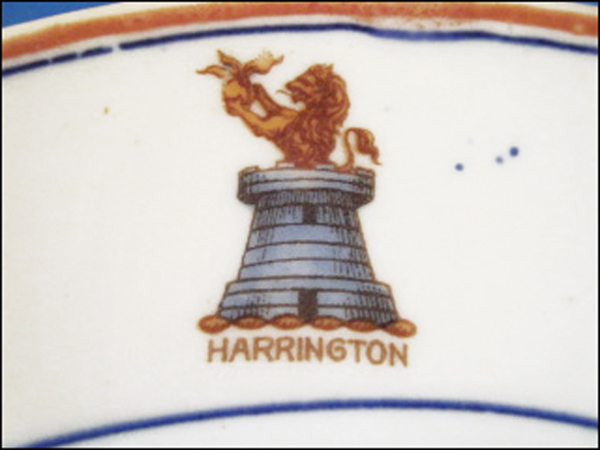 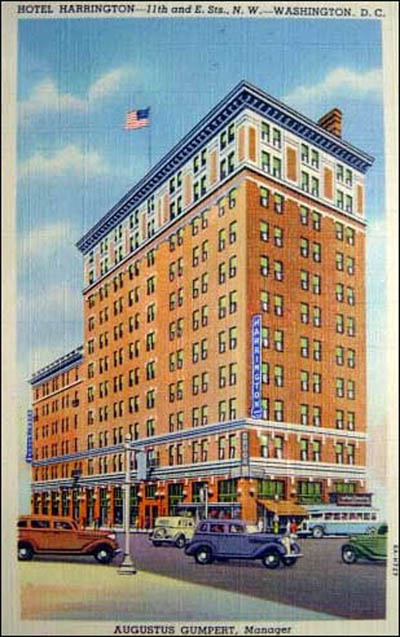 Notes: The Hotel Harrington is still owned and operated by members of its founding families and has the longest record of continuous operation of any hotel in the city of Washington, D.C. The first section, which opened in 1914, consisted of a six-story building with 80 guest rooms. The original architectural rendering for the first phase of construction, produced by the firm of Richard Fitzsimons, can be found in the lobby.

By 1918, another 12-story addition on E Street was completed which included another 100 guest rooms and a grand ballroom. Twelve more stories were added in 1925 when the hotel was extended to 12th Street. At that time, it was the largest hotel in the city. In 1938 it was the first hotel to offer air conditioning in its rooms in D.C. The hotel had a full service restaurant which later became a cafeteria called Kitcheteria. Its Pink Elephant Cocktail Lounge was world famous and remained in operation until 1986.

White body with topmark of castle and lion in blue and orange with Harrington underneath and matching rim stripes.