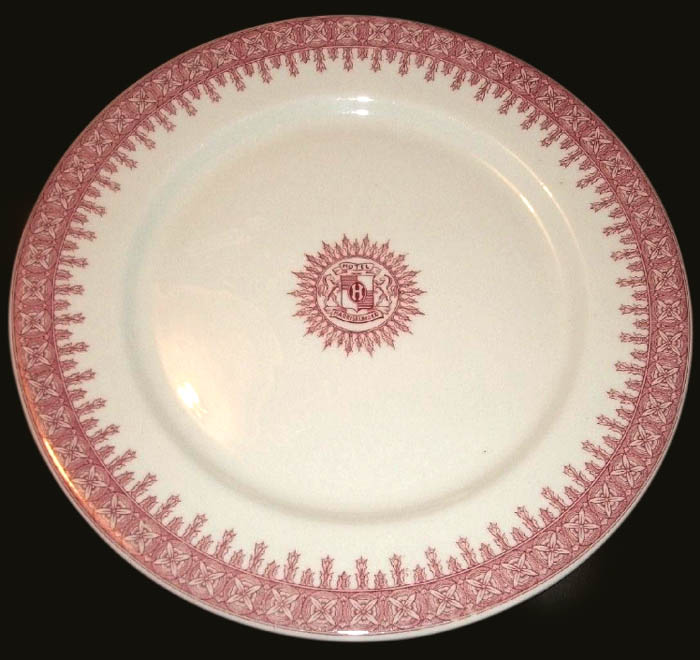 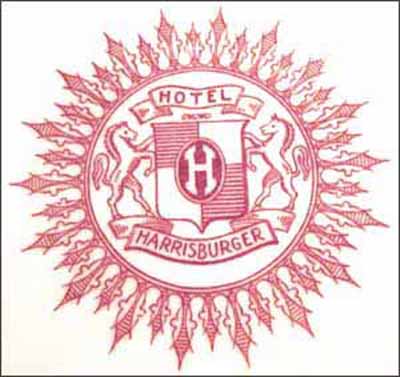 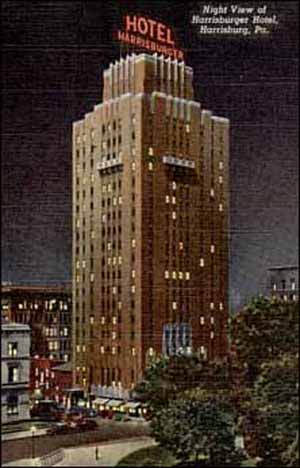 Notes: Located at 200 North Third Street in Harrisburg, Pa., the 20-story, 300-room hotel overlooked Capitol Park. It opened in late 1930 and was home to the Pickwick Tavern and the Tack Room. The hotel closed in in the late 1960s and became the Fulton Bank Building.

White bodied service plate with an elaborate ornamental design on the rim and a circular logo consisting of a shield with H in the center bracketed by a pair of horses, banners above and below reading Hotel Harrisburger in red.