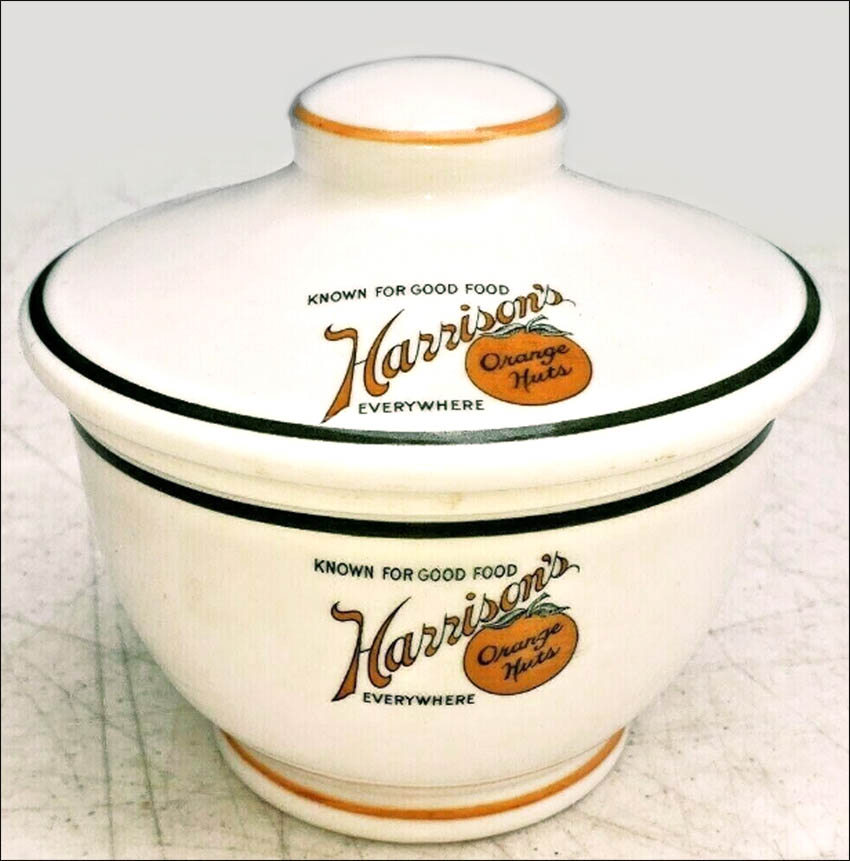 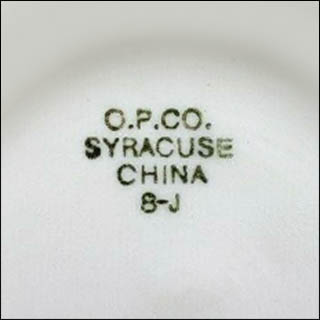 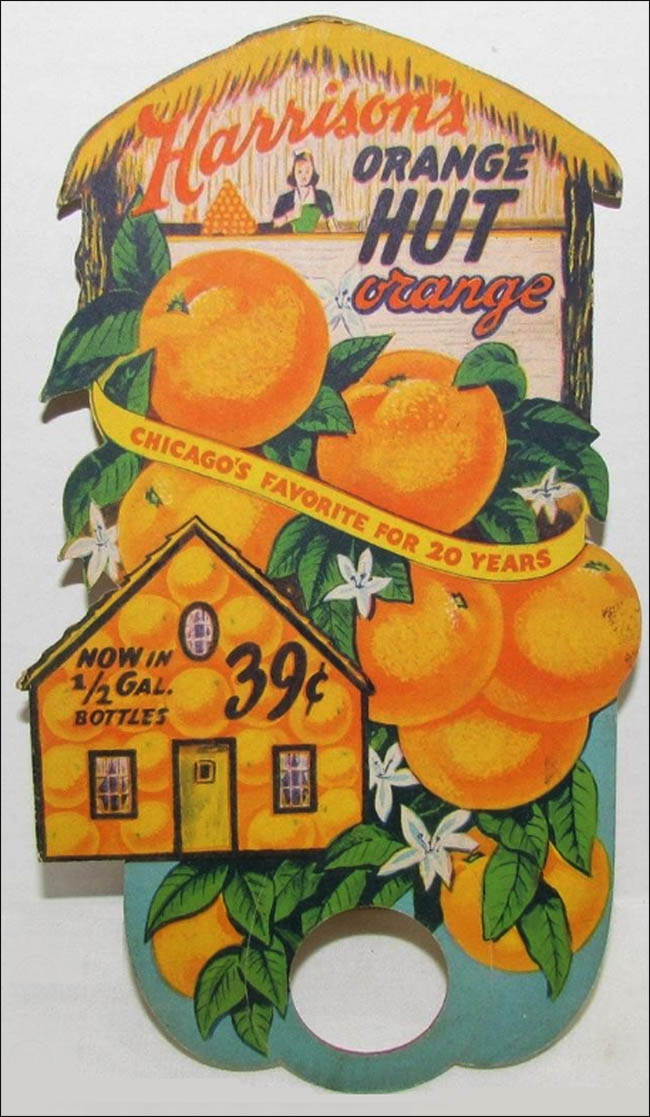 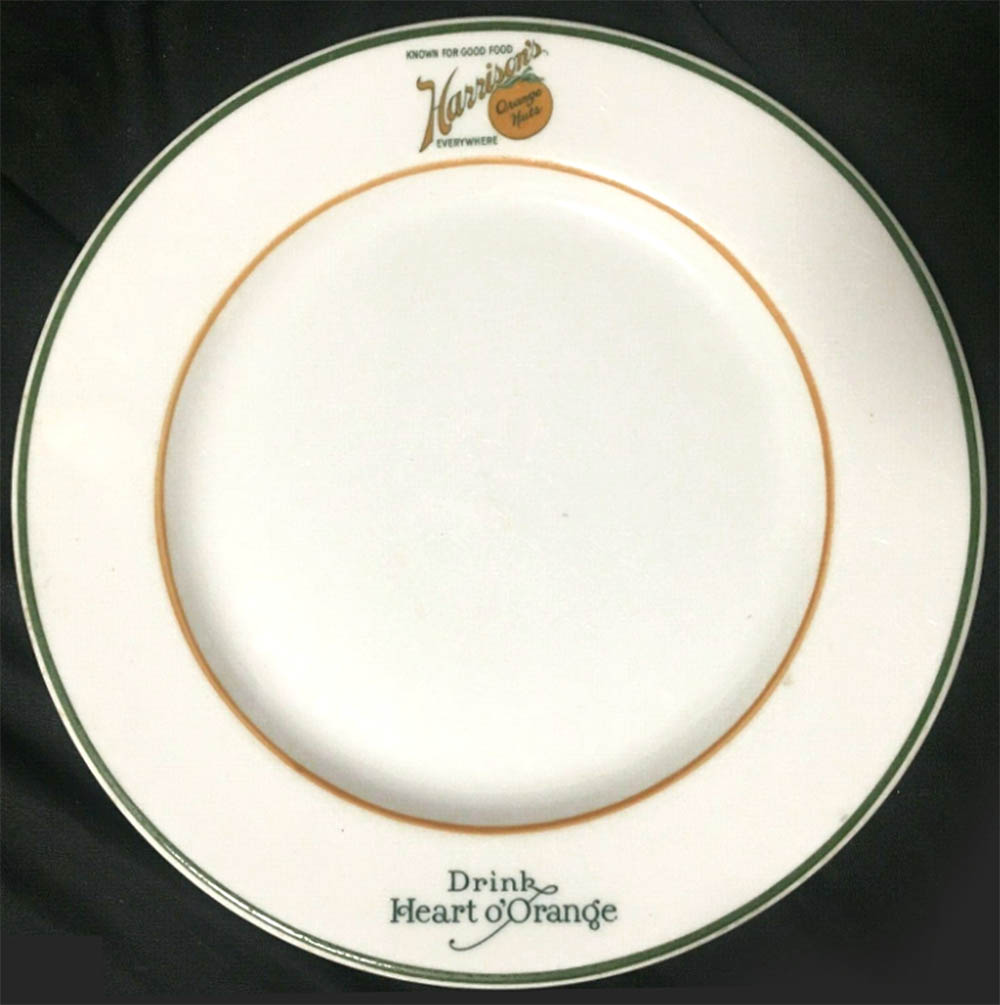 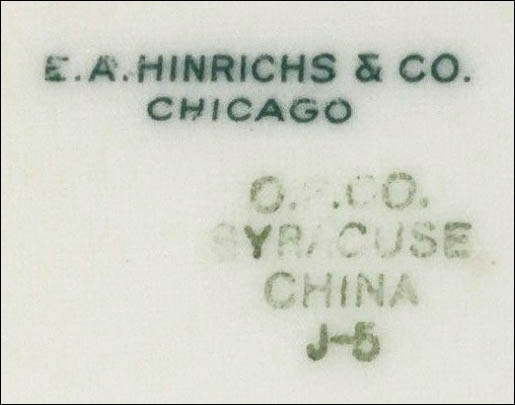 Notes: Harrison's Orange Huts was a small chain of one-arm fast food stands in the Chicago area starting in the 1920s. Harrison's sold five-cent hamburgers and other fast foods, but their specialty was orange drinks.  It is known that they still existed into the 1930s, but when they closed is not known.

White body vitrified china. The plate has a heavy green stripe near the edge of the rim and a heavy orange stripe on the verge. At the top of the rim is Harrison's logo which consists of the word "Harrison's" in an orange script slanted at a 45-degree angle over the drawing of a round orange with a stem and two green leaves. Within the orange are the stacked words "Orange" and "Huts" also on an angle. Above these two elements of the logo, in smaller green block type, are the words "Known For Good Food" and below these elements in the same smaller green block type is the word "Everywhere." At the bottom center of the plate's rim are the words "Drink Heart o'Orange" in a semi fancy font with the word "Drink" stacked over the words "Heart o'Orange."