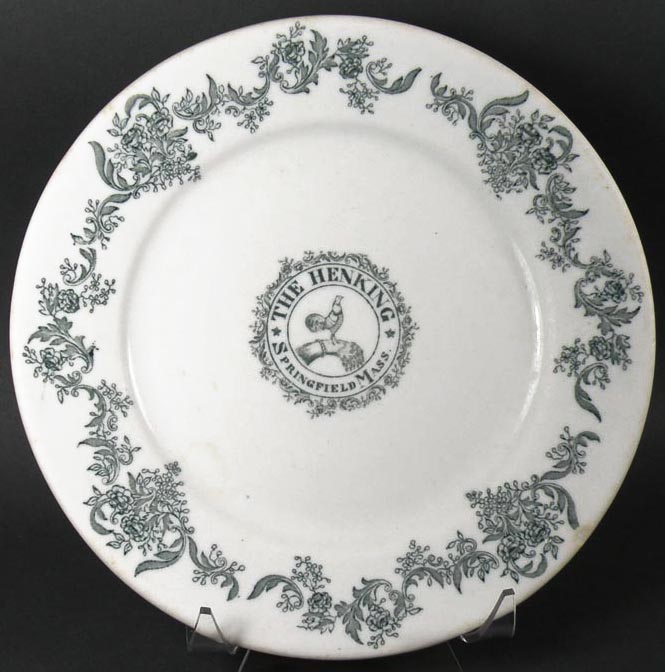 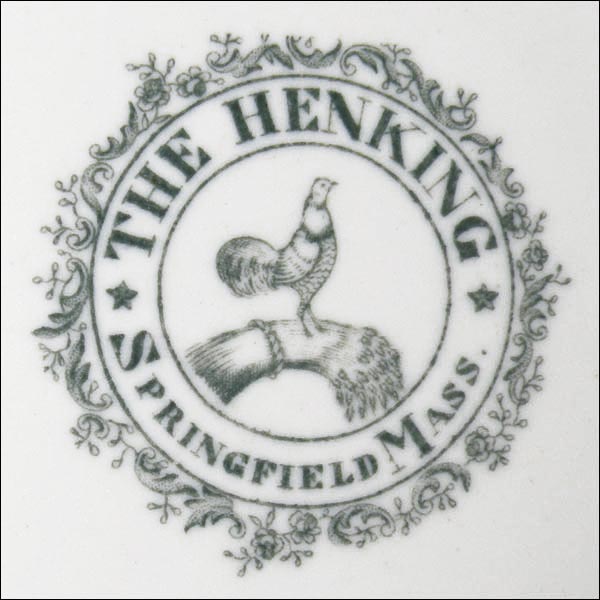 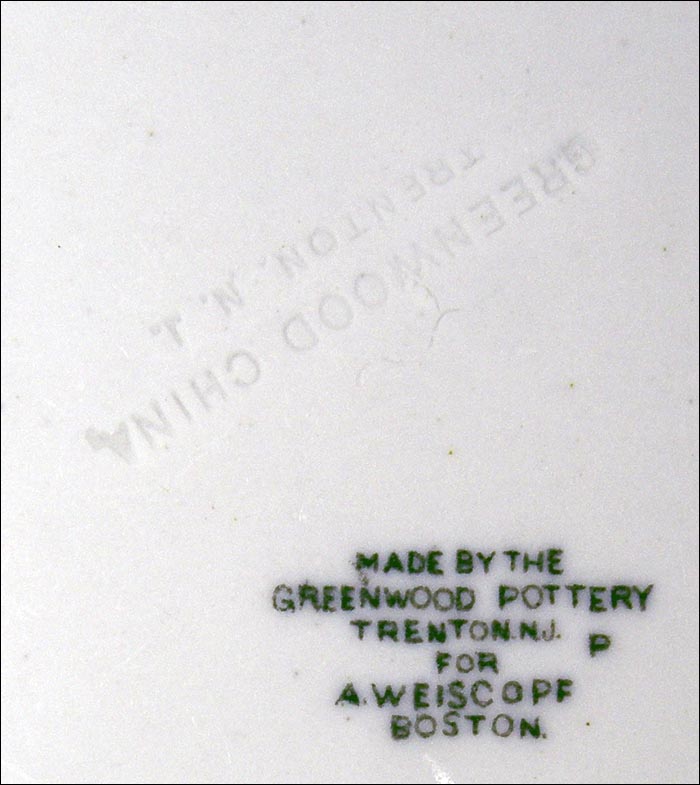 Notes: From the Wikipedia: The Henking Hotel and Cafe was built in 1899 and was located at 15-21 Lyman St., in Springfield, Mass., (opposite the Union Depot). It is listed on the National Register of Historic Places.

According to a 1916 menu, the proprietor and manager was Gus C. Henking. An ad in the 1917 Hotel Red Book said it was the "Best Place in New England to Eat," with "Special Dinner Every Evening" and "High Class Cabaret and Music."

The last listing for the hotel that could be found was in the 1918 Hotel Red Book. It was not listed in the 1920 HRB.

The design, in a gray green, depicts a typical turn-of-the-century border of intertwined flowers and leaves. In the center is a double circle surrounded by smaller leaves and flowers. Within the outlying circle are the words THE HENKING and Springfield Mass., separated by stars. Inside the circle is a rooster or cock – the king of the hens or "henking" – standing on a curved sheaf of wheat.