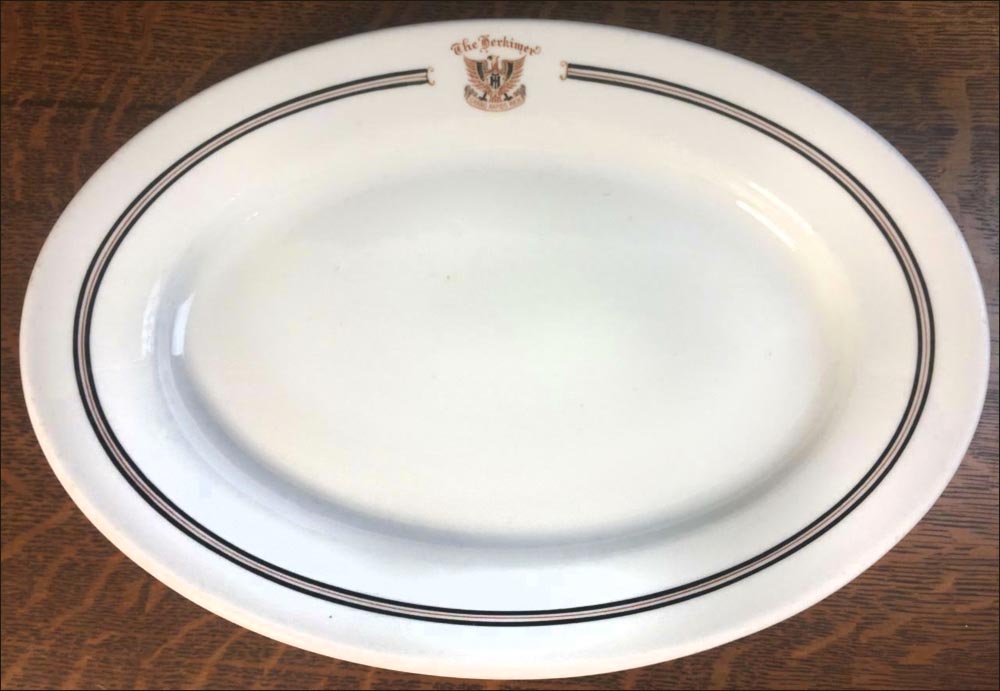 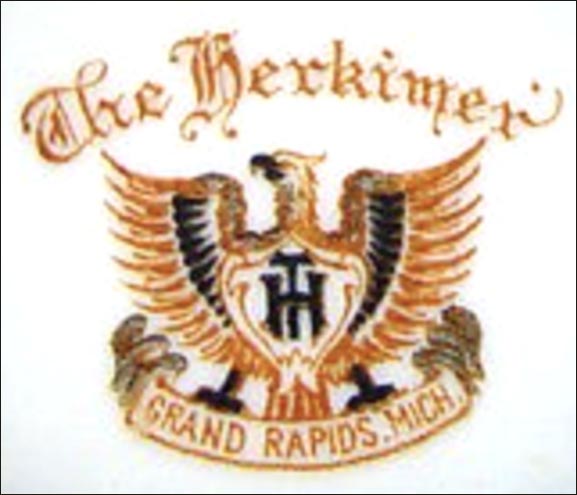 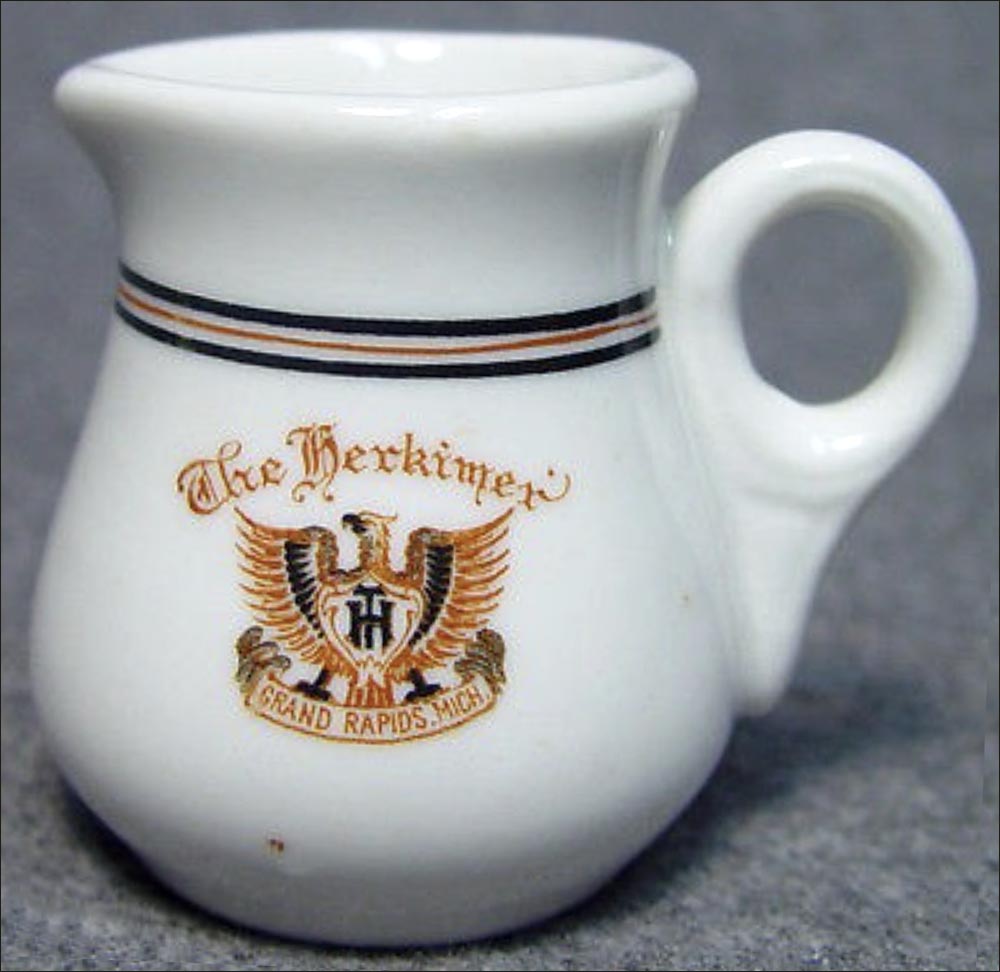 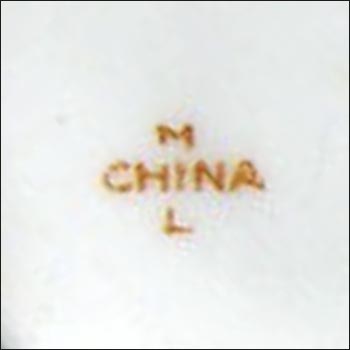 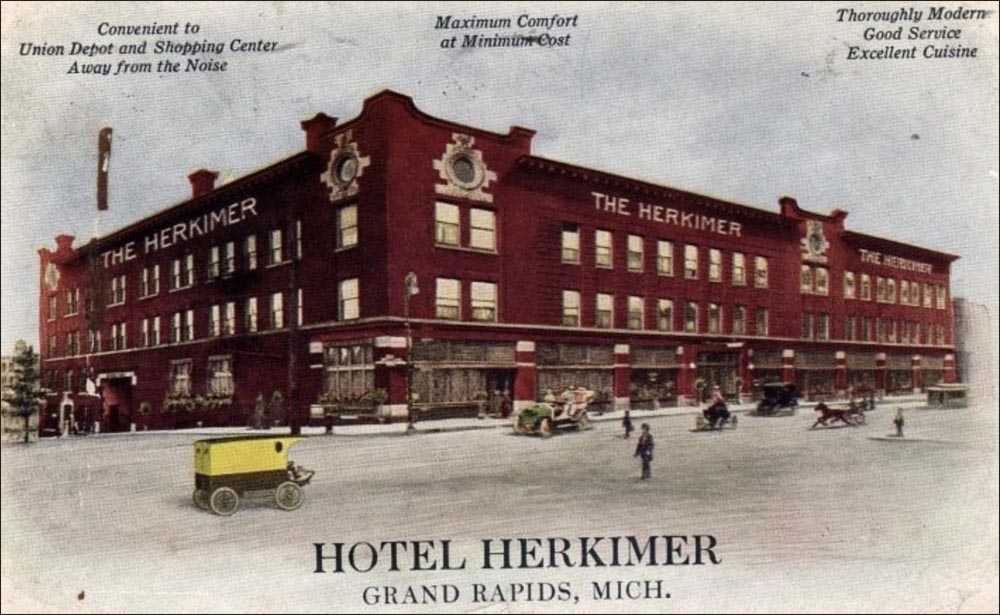 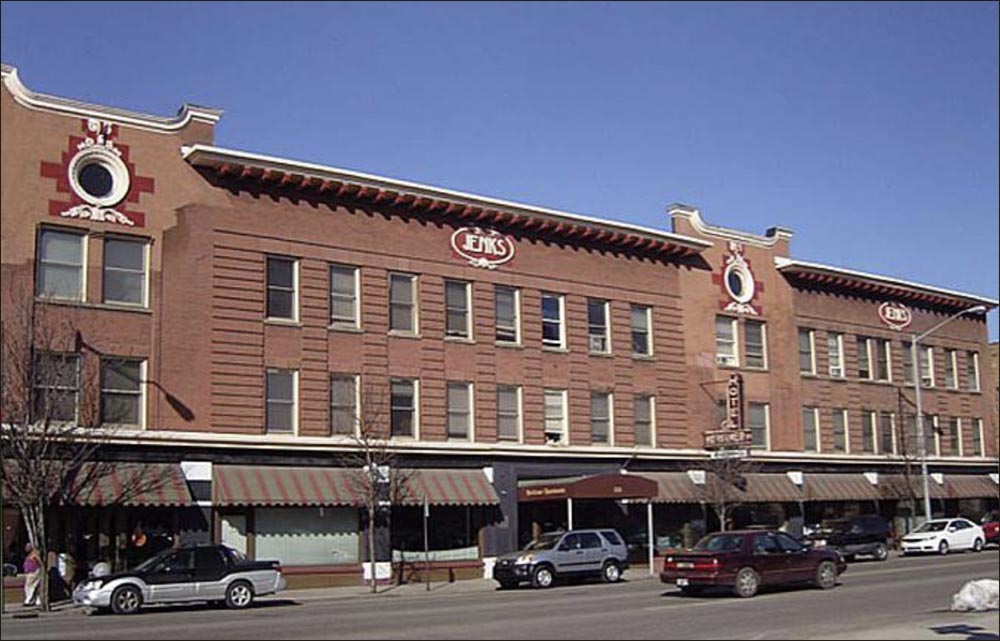 Notes: The three-story Hotel Herkimer, at the corner of South Division and Goodrich Streets in Grand Rapids, Michigan, opened in 1895. It was enlarged in 1905. By 1910, it contained English, Mission, and Colonial-themed dining venues. Around 1935, it became part of the Milner Hotel chain. It is listed in the 1958 Hotel Red Book, but not in 1959. In 1995, the building was converted into 122 low-income apartments. In 2013, it was part of a $29 million project to make the entire block an affordable housing facility with the Herkimer's 122 studio apartments converted to 55 larger one-bedroom apartments.

Maddock used a spread-winged eagle crest on the Lamberton China service made for the Herkimer. Black and rust red lines flank the crest, mid rim.