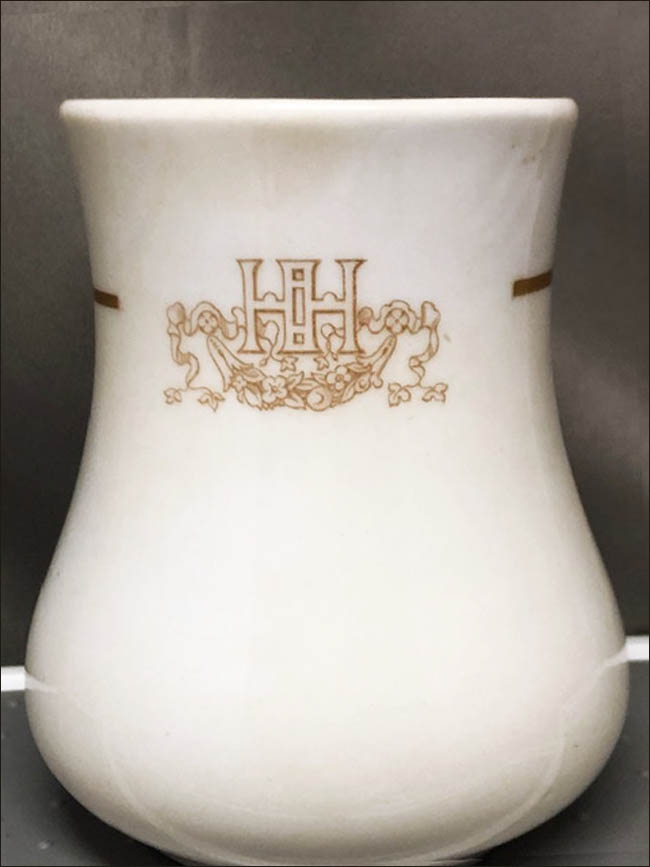 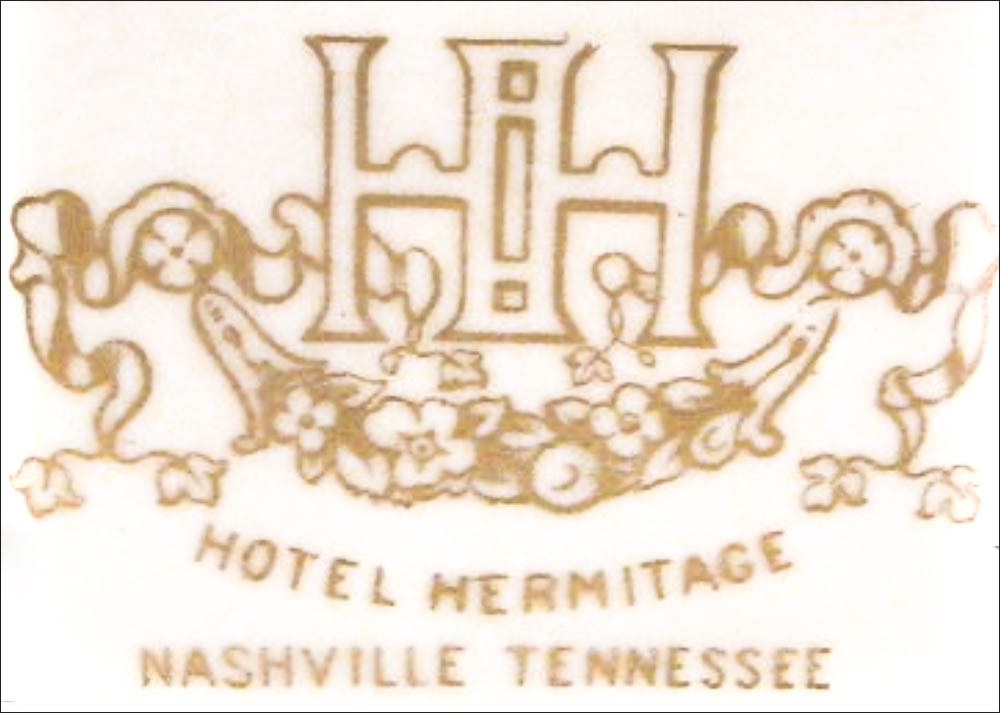 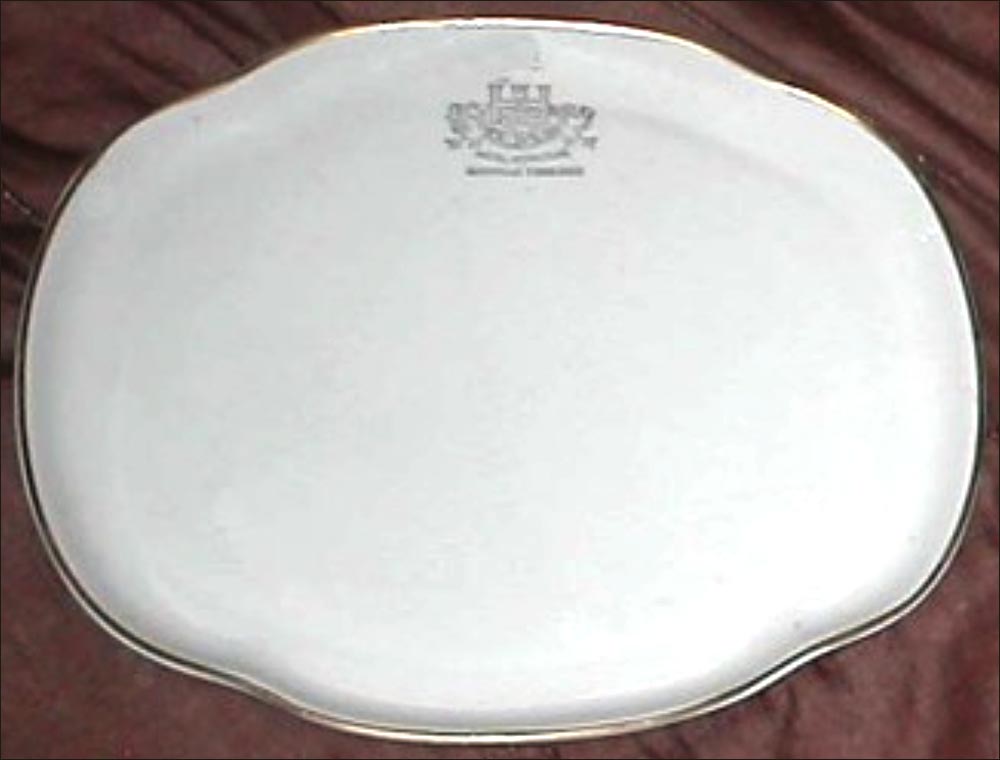 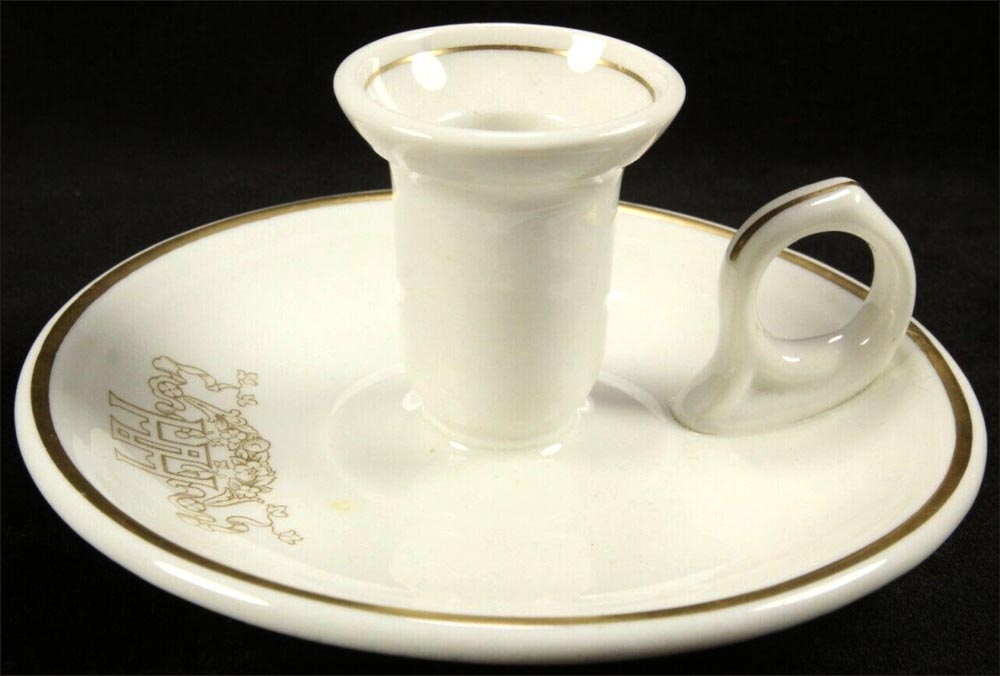 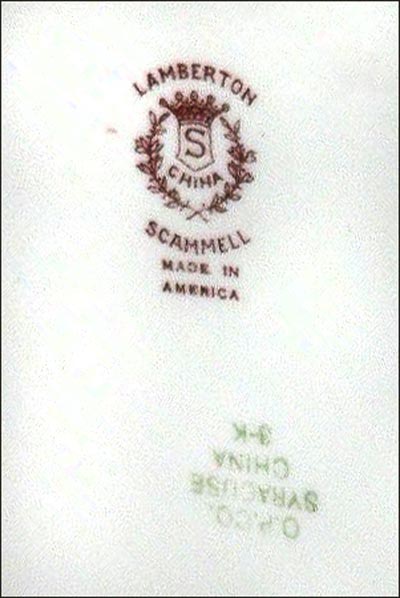 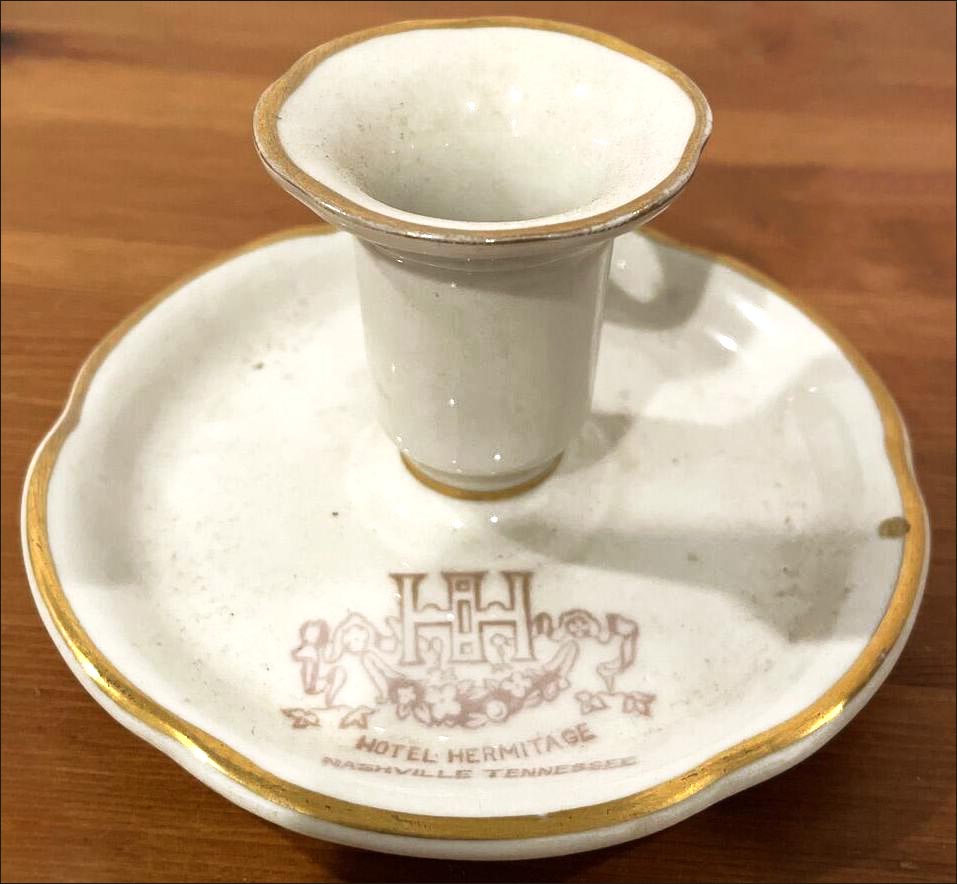 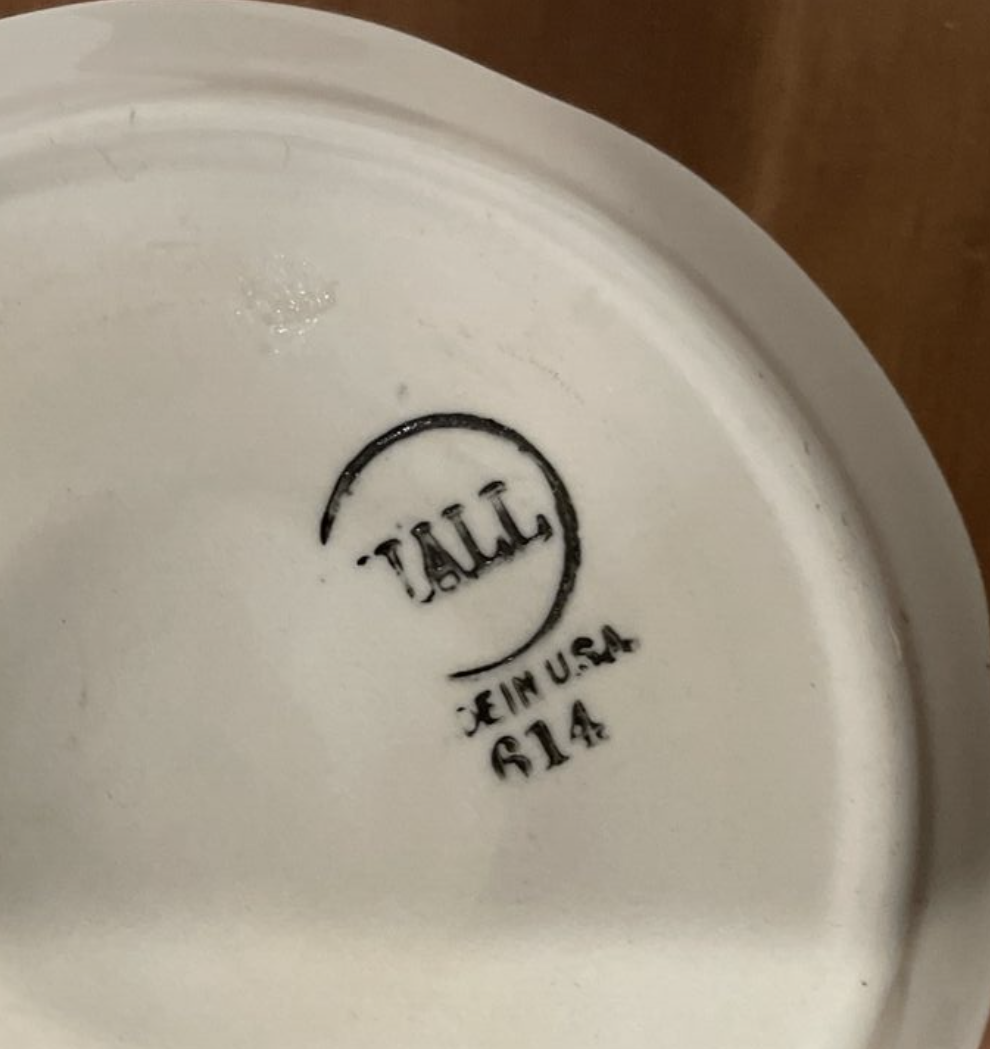 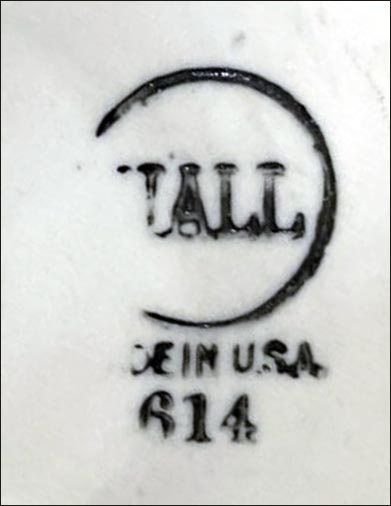 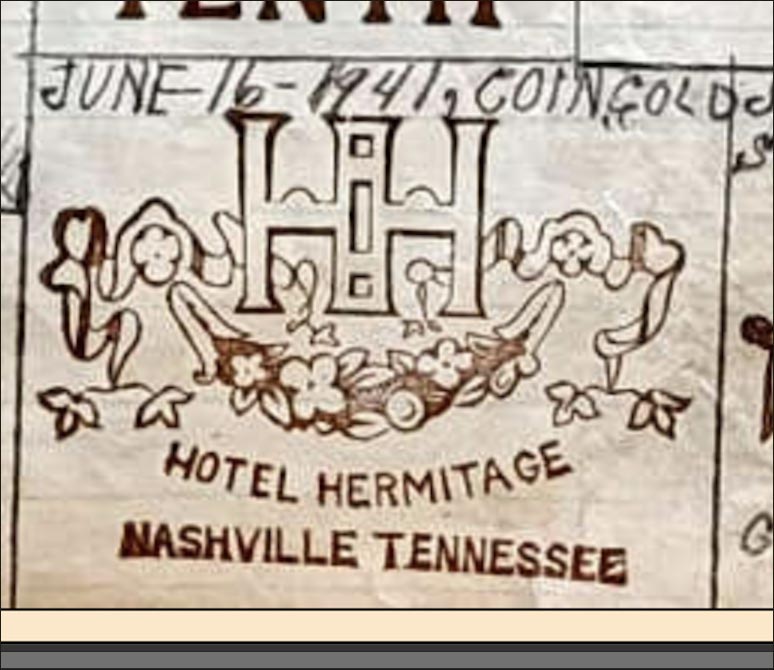 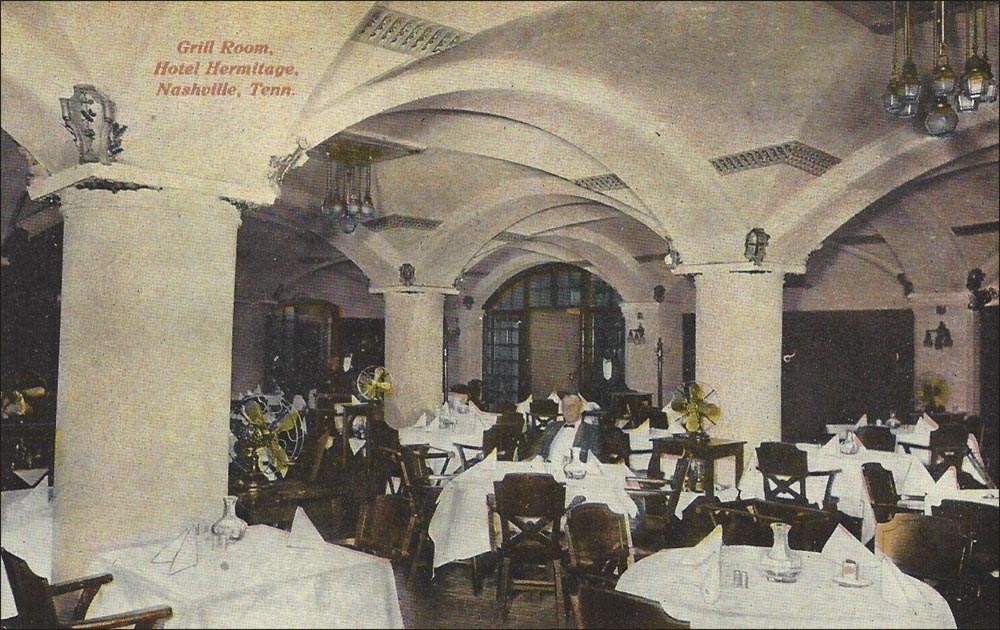 Grill Room at the Hermitage Hotel 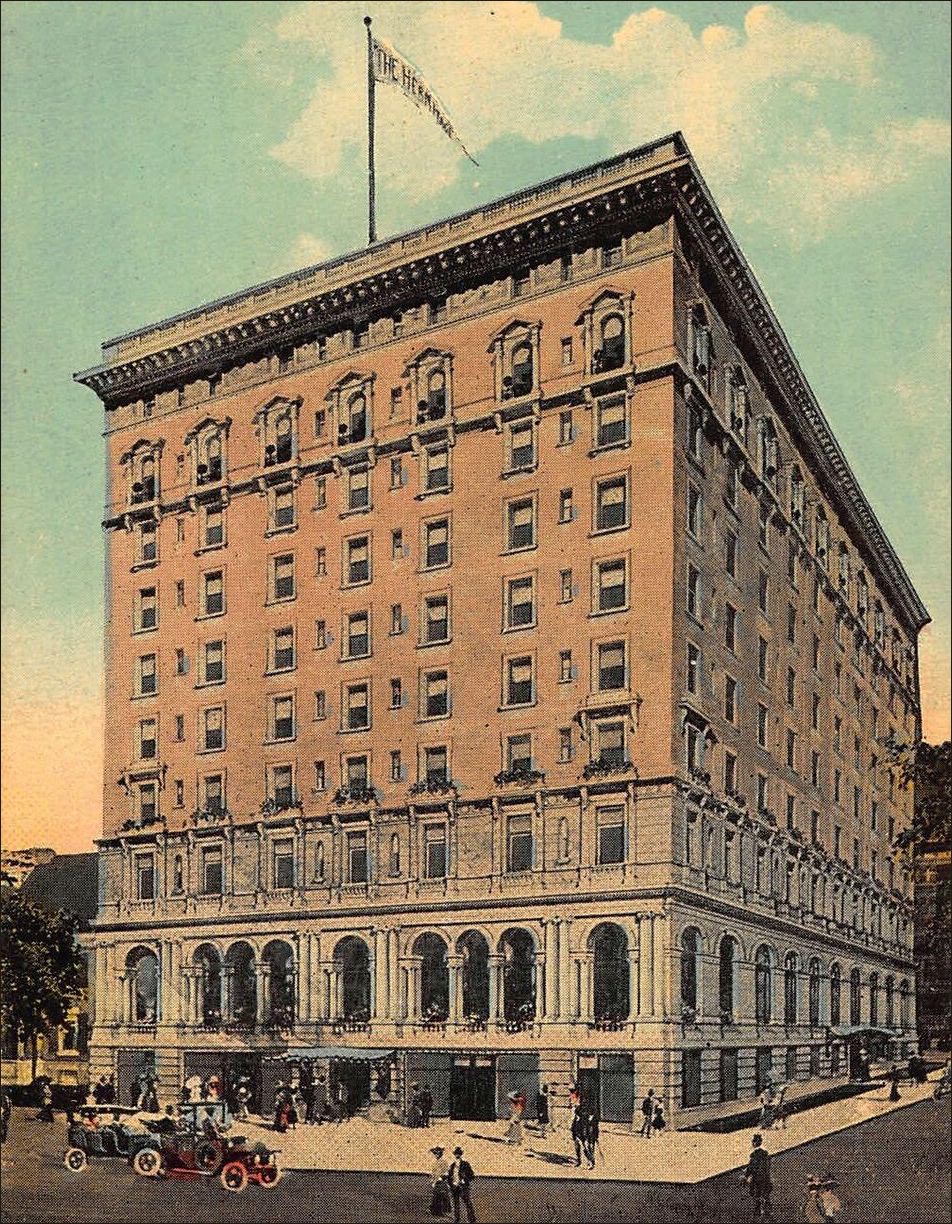 Maddock made the original bedroom china service which included toothbrush holders. The coin gold crest features a side-by-side "HH" monogram with a garland swag below.

In 1930, Scammell produced an order of this china which has an unusual pair of backstamps. The glazed, but blank china, was made by Syracuse China. Then it was sent to the Lamberton Works, where it was crested, and gold lined. This joint production may have happened because Syracuse had the mold for the shape the hotel wanted, and Scammell found it cheaper and quicker to buy the blank ware than to create the mold.

In June 1941, Hall China got the contract to supply the Hermitage china. The crest and information are in a notebook of crests kept in the Hall factory. There are minor differences between the Lamberton and Hall crests. The Hall service includes dresser trays, candle stands and match holders.

The only known china with this crest are the bedroom china items. Match holders appear on tables in the Grill Room. At this time the crest on the hotel's dining room china service is unknown.