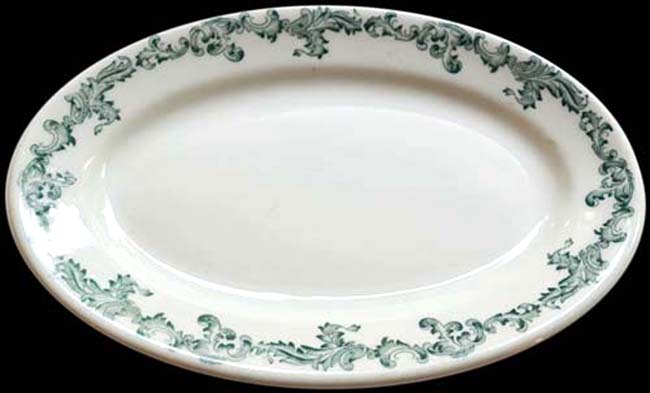 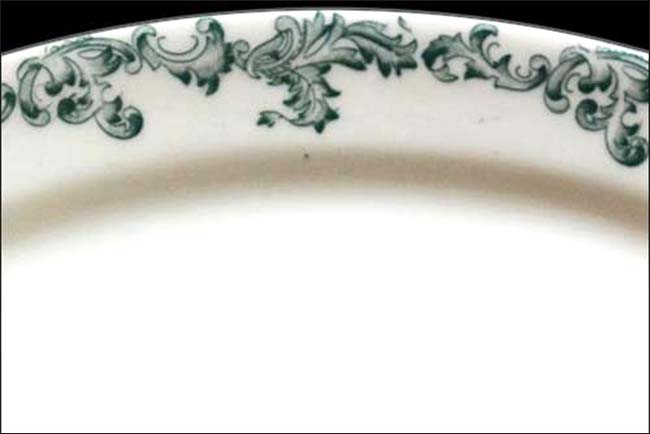 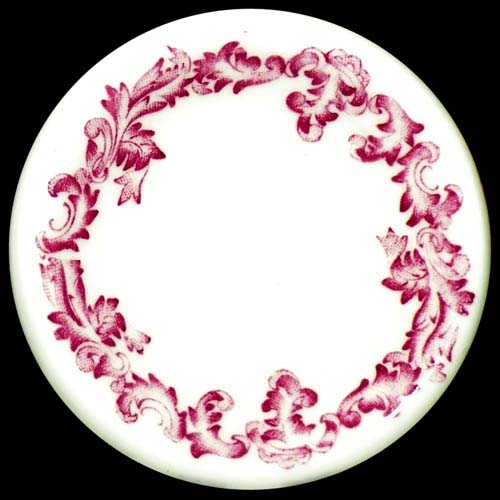 Notes: Thompson Blacklow Co. of Boston (possibly Thompson & Blacklow Co.) served as distributor for this stock pattern. Reference to the company has been found in the mid-1920s. The design is made up of a fussy series of leafy dark green scrolls – otherwise known as acanthus leaves – around the platter's rim. The same pattern is also shown below in a dark red butter pat.