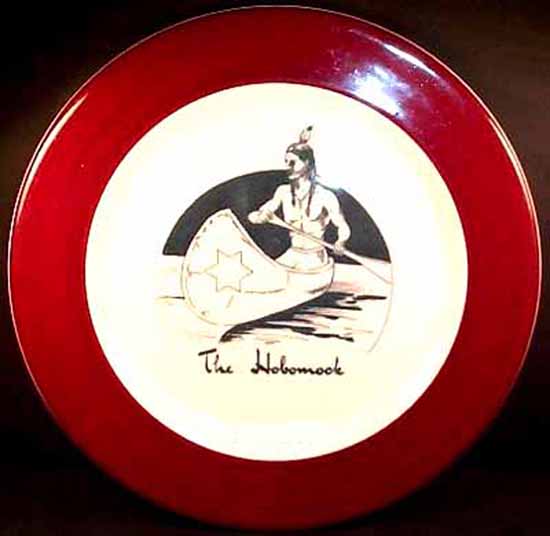 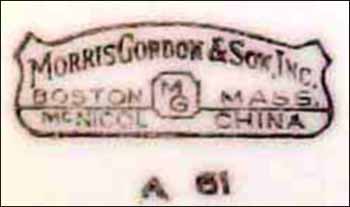 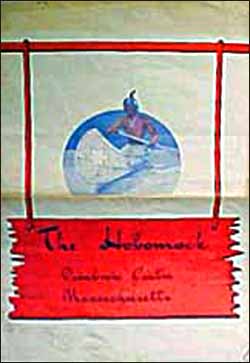 Notes: The Hobomock Restaurant was located in Pembroke Centre, Mass., but has long been closed and is gone. The Hobomock was named after a Native American folk legend figure (a spirit giant) called Hobomock. This plate would have been used in one of the dining rooms in the restaurant and used in connection with the restaurant's silver plate / silver soldered for table service. It was also advertised that on Saturday evenings, the restaurant hosted dancing from 8 to 12 o'clock, and the music was conducted by the Hobomock Syncopeps. During the era that this plate was made, Mrs. G. Solari was the proprietor.