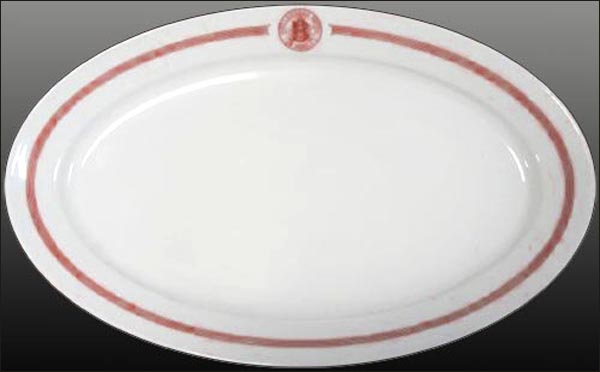 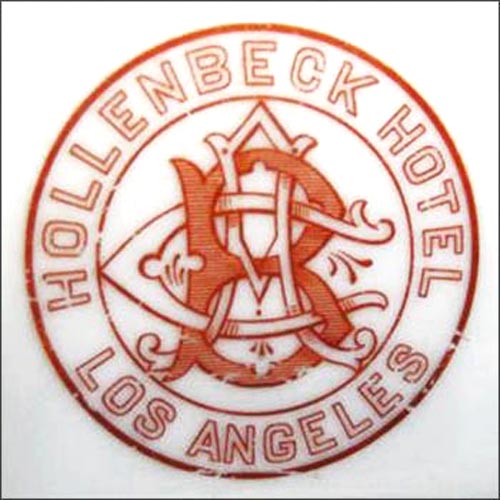 Notes: The Hollenbeck Hotel was built by John Hollenbeck and opened in 1884 at Spring and Second streets in downtown Los Angeles, Calif. Hollenbeck was a banker and invester.

The Hollenbeck billed itself as "The largest, best, and finest hotel in Los Angeles. Headquarters for First-Class Commercial Trade and Tourists," according to an ad in "Southern California," put out by the Southern California Bureau of Information in the late 19th century. It eventually closed and was razed in 1933.

Decoration on the platter is all in red. Five parallel lines ending in curlicues are placed on the rim, intersected by a logo of double circles with a monogram in the interior circle and the words in the outer circle: Hollenbeck Hotel – Los Angeles. The initials in the monogram are most likely ACB and stand for Albert Clay Bilicke, who was the hotel's proprietor in 1883, according to "Early Downtown Los Angeles."

ID and photos contributed by Marc