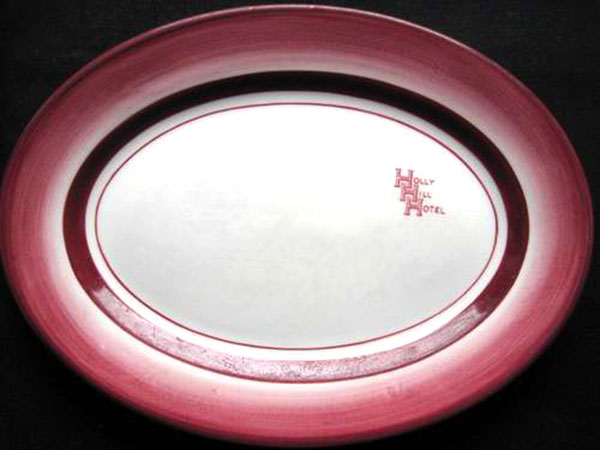 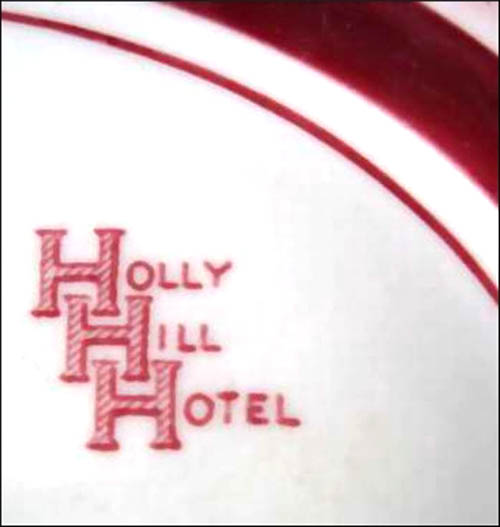 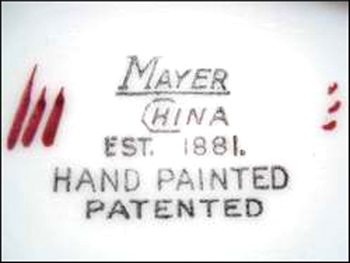 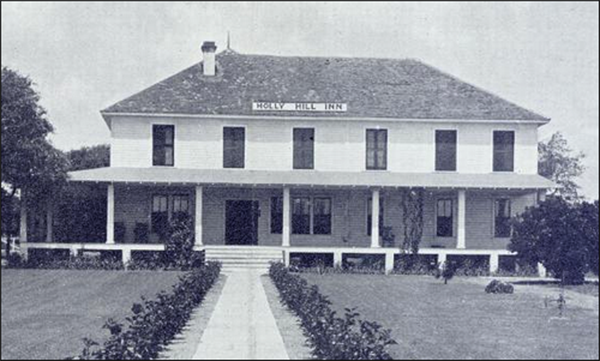 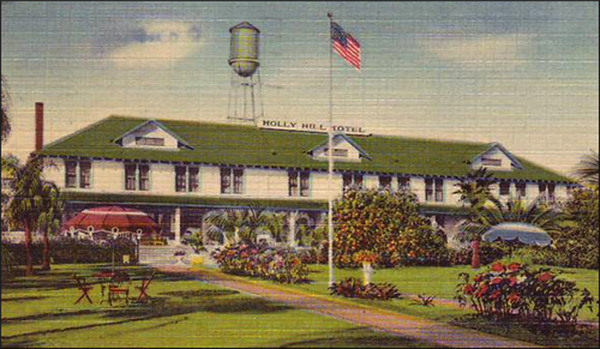 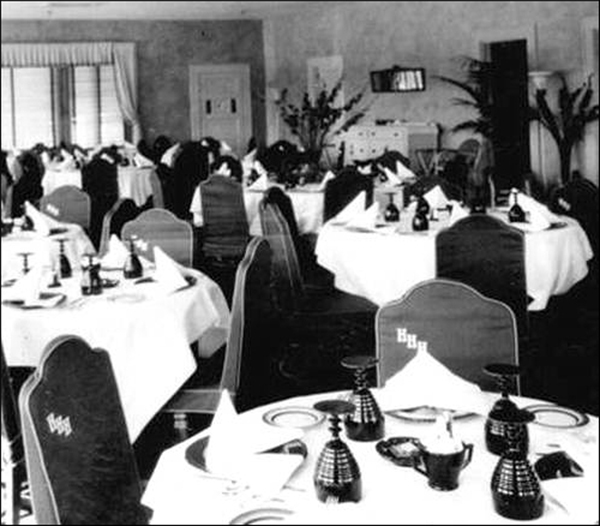 Notes: Located in an orange grove, atop a hill overlooking Davenport Lake, Davenport, Fla., originally, it was the two-story, 30-room, Holly Hill Inn owned by the Holly Hill Grove & Fruit Company. Their slogan: "It's Playtime in Orangeland."

The broad veranda around the Inn was a welcome sight to travelers on the old Dixie Highway. The cooler summers and warmer winters brought more people to the area. There were shuffleboards, a croquet court, tennis court, and what was called Obstacle Golf right on the grounds, with swimming, boating, fishing, golf and hiking within walking distance.

White body, 6" x 8.25" platter with underglaze maroon fade-out and blended color rim treatment, a maroon band on the verge and another thin maroon line on the edge of the well. Topmarked Holly Hill Hotel in maroon on one side of the well.

Note the matching "HHH" logo on the chair covers and the topmarked bread plates placed on the tables in the enlarged Holly Hill Hotel Dining Room photo below; the main plates are covered with napkins in this circa 1940s photo.