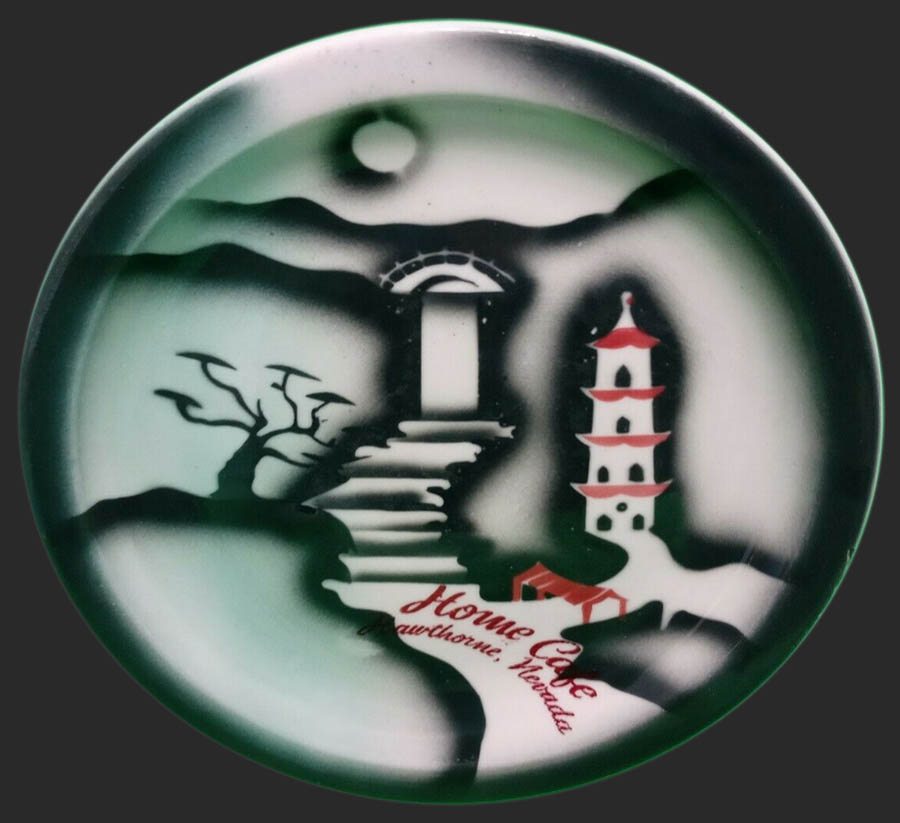 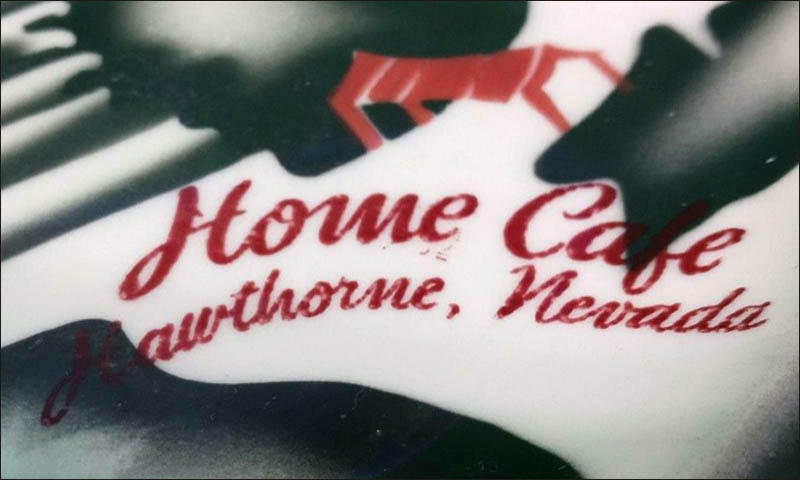 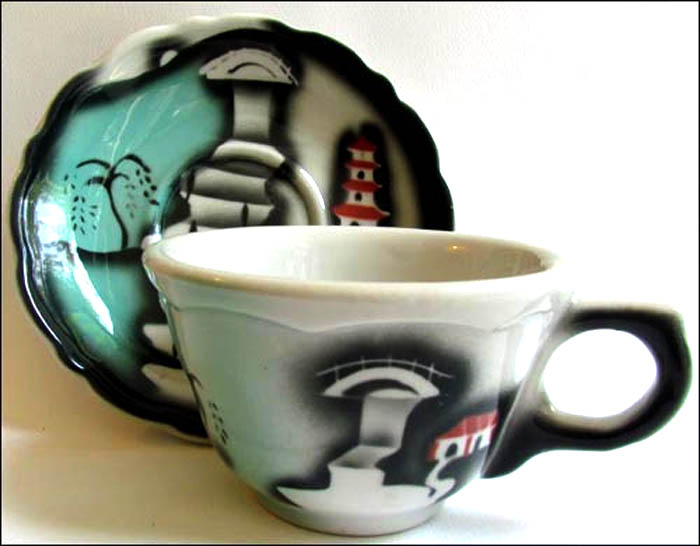 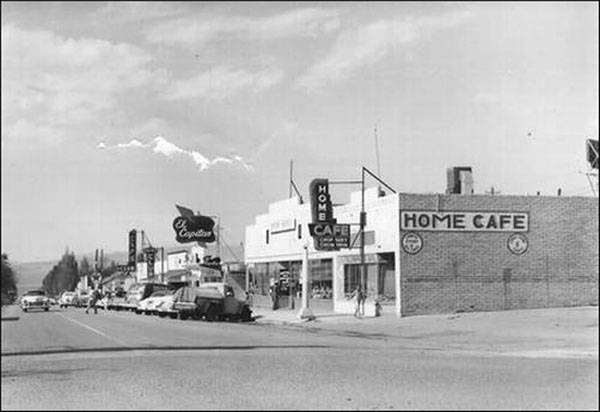 Notes: The Home Café was a popular Hawthorne, Nev., restaurant owned and operated by Lynn Leong. Newspaper references trace the operation of the café from the late 1930s through a reference to it during Civil Rights protests in Hawthorne in 1964.

Countless articles from the local newspaper, The Mineral County Independent-News, refer to events related to family celebrations held at the café as well as accounts of thefts of money and wares. The editor of the paper (as of 2009) recalled going to the Home Café with his family to enjoy a wide variety of Chinese and American foods. Another longtime Hawthorne resident said it was the place to take a date after the ball game or a movie.

The Home Café is of particular interest to lovers of vintage restaurant ware because of its use of the TEPCo Confucius pattern of vitreous china. Although TEPCo's Confucius was a stock pattern that was used in a variety of venues, The Home Café chose to have its name topmarked on many pieces beginning in May 1957.

An item in the Shoppers' Column of the May 29, 1957,Mineral County Independent and Hawthorne News bore this out. It stated, "Did you see the new and colorful dishware at the Home Cafe in a Chinese Motif? Very, very nice." A local couple recalled the colorful look of this large café awash with the TEPCo Confucius pattern in every imaginable size and shape of dish.

The café was a family-run operation, with Papa Joe, Lynn Leong's father, serving as cook, and son, Frank, working with his father until he left to serve in WWII.

It is not known when the restaurant closed. However, there were reports that it was in the late 1960s when Mr. Leong and his wife divorced. After that time, Mr. Leong moved to Reno and opened a restaurant called The Sharon, which no longer is in operation.

White body with an airbrushed Asian-themed scenic design of a hillside with a flowing waterfall and river, a tree, pagoda/garden pavilion, walking paths and a wooden covered bridge in shades of dark gray, green and red. Pieces were topmarked Home Cafe and Hawthorne, Nevada in red script lettering.