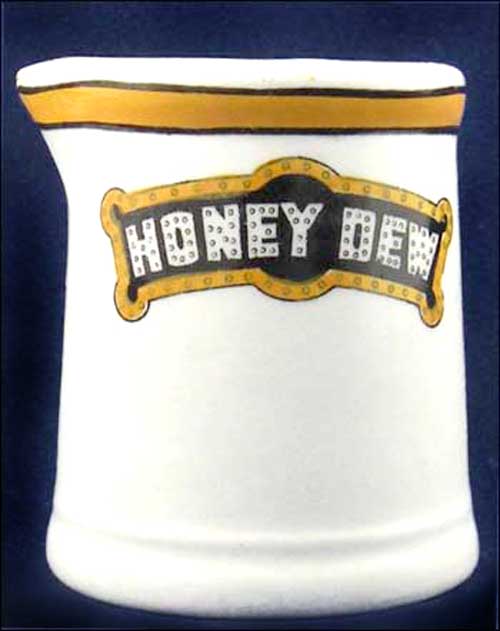 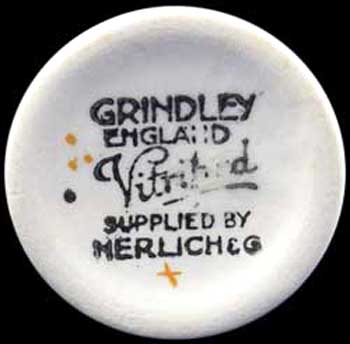 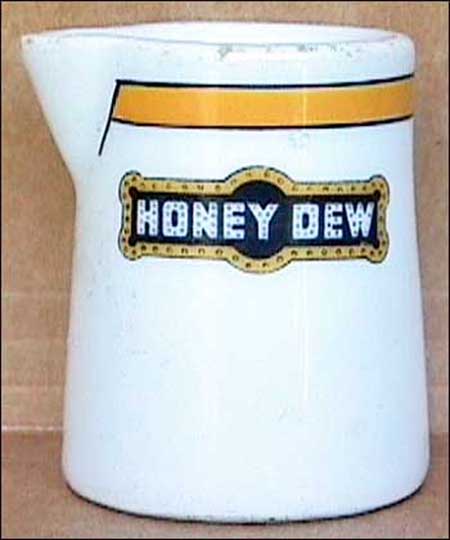 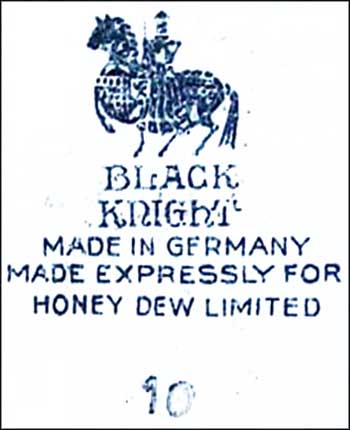 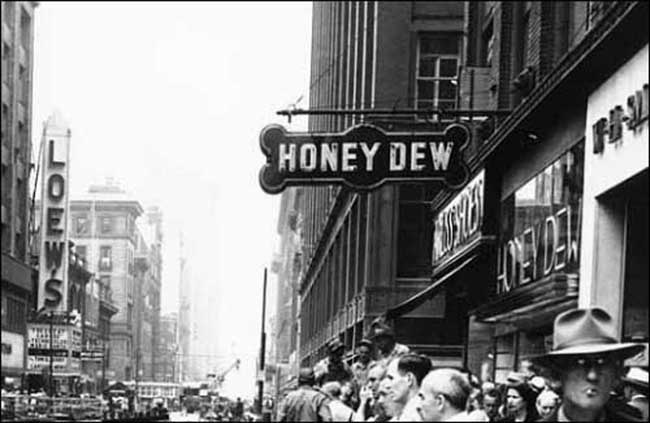 Notes: According to the book "I Remember Sunnyside: The Rise & Fall of a Magical Era," by Mike Filey, "Honey Dew Limited was incorporated in 1928 and at that time operated five restaurants and two concession booths in the city [Toronto], one of which was … at Sunnyside [Amusement Park] in 1936. In 1943, Honey Dew Limited became part of Canadian Food Products Limited."

Honey Dew is still a Canadian brand name for an orange juice drink and according to the company website (2012), the company was founded in 1922 and "is available in frozen concentrated fruit juice cocktails, still made the way they have always been done – with premium fruit juices and pure natural honey."

The handleless creamer has a band of gold on its border surrounded on each side by thin black lines. The logo depicts the HONEY DEW name in lights, as on a marquee, in white, black and gold.