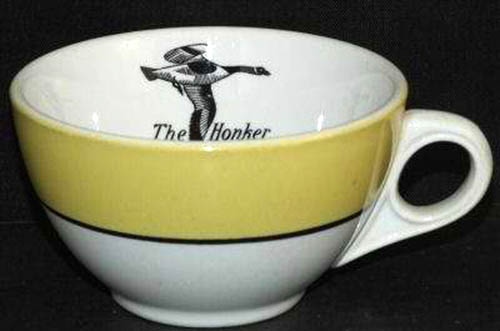 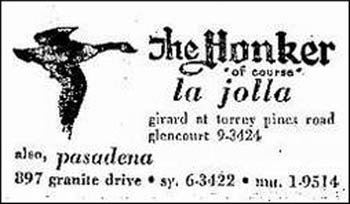 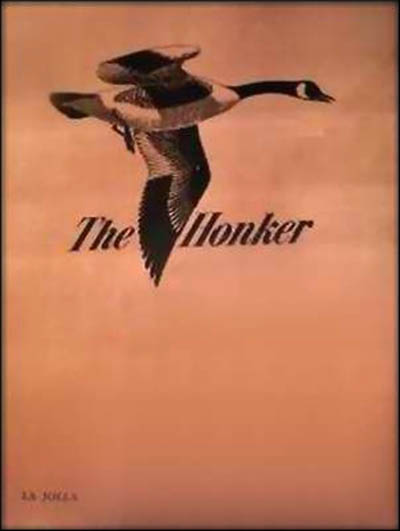 Notes: There were three known California locations in Los Angeles, Pasadena and La Jolla. Popular in the 1950s and 1960s, The Honker restaurants were originally co-owned by prominent San Marino attorney Calvin L. Helgoe and Eugene "Gene" Ronay. In 1964, Helgoe sold his share to Pasadenan Lud Renick, who joined Gene Ronay in partnership.

White body with a wide yellow band of color and a black line border. Topmarked on the inside of the cup "The Honker" in black letters beneath a flying Canada goose.