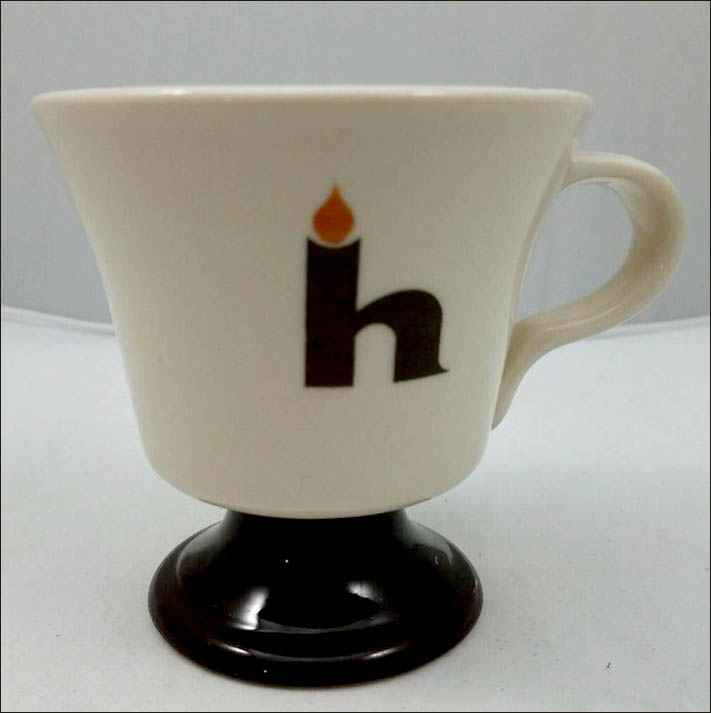 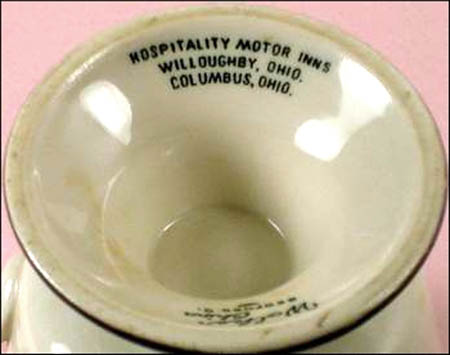 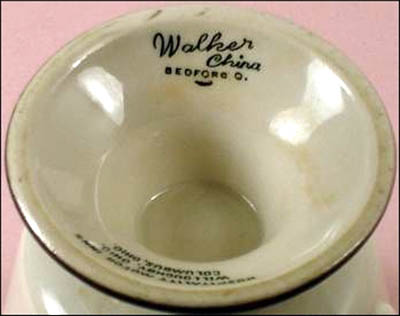 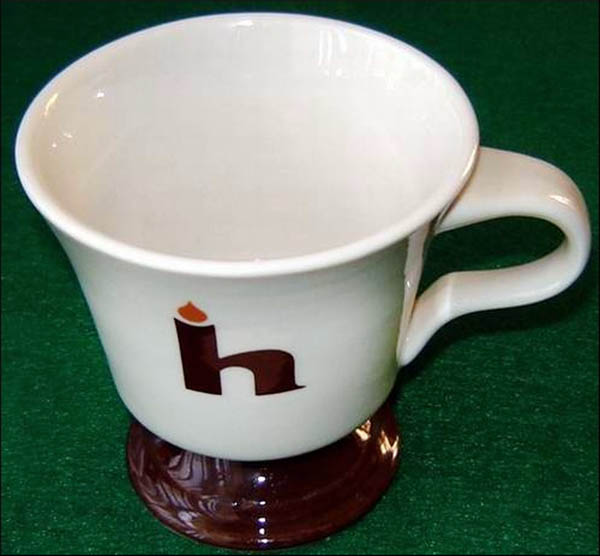 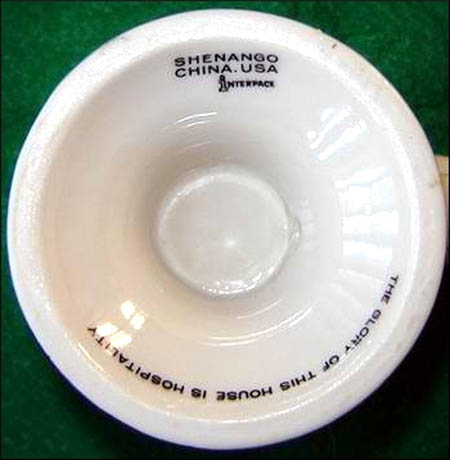 Notes: A subsidiary of the Standard Oil Company of Ohio, the Hospitality Motor Inns originally was headquartered in the Midland Building of Cleveland, Ohio. The trademark logo of a flaming or candlelit lowercase letter 'h' dates back to August 1, 1964 based on the US Trademark Registration 825,096 shown above.

Light tan body with dark brown footed base; topmarked with the flaming or candlelit lowercase letter 'h' in dark brown and orange.