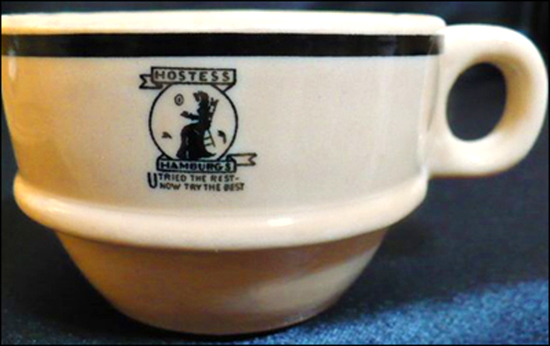 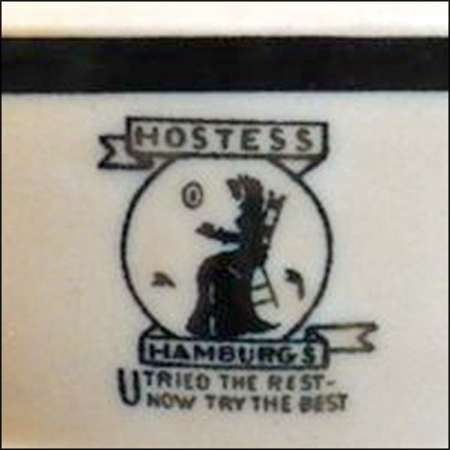 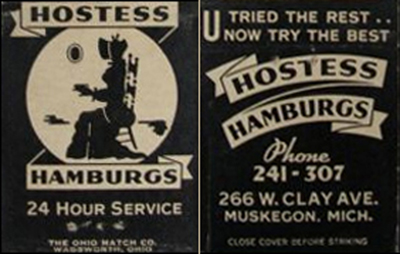 Notes: Based on the matchbook shown below, Hostess Hamburgs was located in Muskegon, Michigan. This is a handled, Stern's Stakup cup, designed and patented by Frederick A. Stern (US Patent D78171, April 2, 1929) with a stabilizing rim for easy stacking, as the name implies.

JAC-TAN body with black border, topmarked with the Hostess Hamburgs logo of a woman wearing traditional colonial garb and a bonnet, sitting profile in a wooden chair, holding what looks like a teacup & saucer. The slogan "U TRIED THE REST – NOW TRY THE BEST" appears beneath the logo.

The same border and topmark for Hostess Hamburgs were produced by Jackson China on JAC-TAN platters and by Shenango China (not pictured) on divided dinner plates.