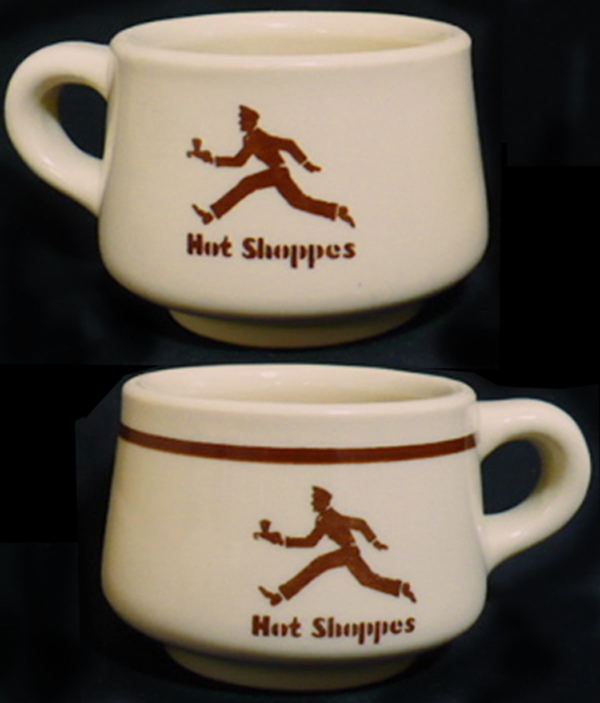 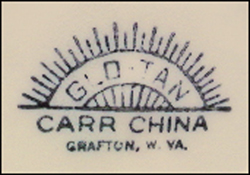 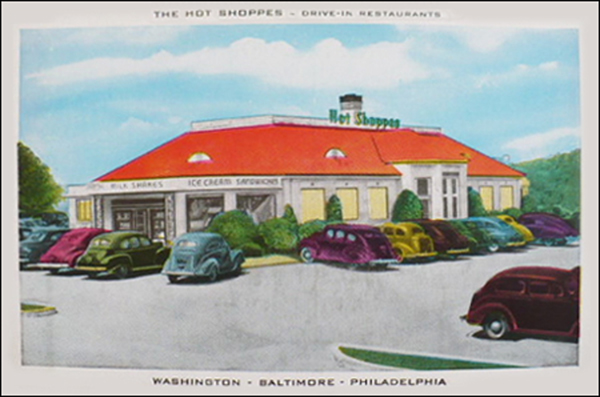 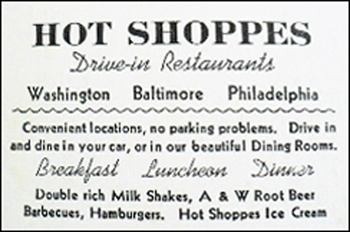 Notes: Hot Shoppes was founded in 1927 by J. Willard Marriott in Washington, D.C. Marriott, who later went on to found the Marriott hotel chain, opened the first Hot Shoppe as an A&W Root Beer stand which later evolved into a restaurant, complete with drive-in service. At one point there were 70 Hot Shoppes serving family-style comfort food up and down the East Coast. During WWII, food service was provided to defense plants and government buildings and later to schools, hospitals and rest areas along the highway. Marriott also invented and provided in-flight food to major airlines All Hot Shoppes were closed by the late 1990s. In 1967, the company name was changed to Marriott Inc. to reflect the growing hotel business. Under that name, Big Boy and Roy Rogers Family Restaurants were added to the corporation.

Tan bodied Glo-Tan cup with brown male carhop delivering a tray of food with Hot Shoppes below. Found both with and without brown accent stripe.