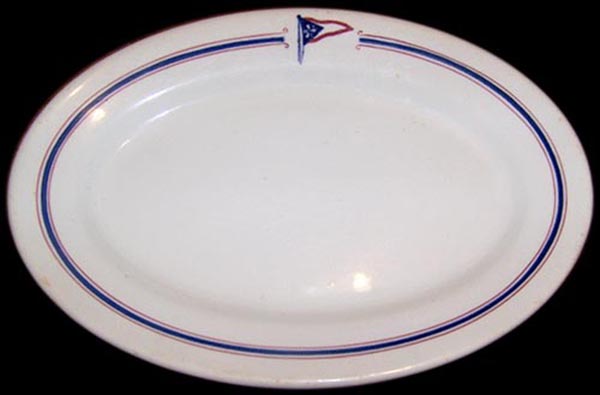 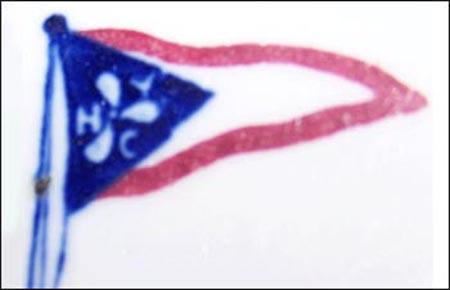 Notes: Website. Founded in 1897, the clubhouse (called the "Pink Palace") has been located on Galveston Bay since 1927 in a three-story Spanish-inspired building designed by Hedrick and Gottlieb, architects. It still stands today (2012), after a fire and remodeling.

The platter, produced the year the clubhouse was built, has a wide blue line on its rim with narrow red lines on either side that end in curlicues, framing the club's burgee: a white flag outlined in red with a blue triangle. Inside the triangle is a three-blade propeller and the initials H Y C.

ID and photos contributed by arussellx2