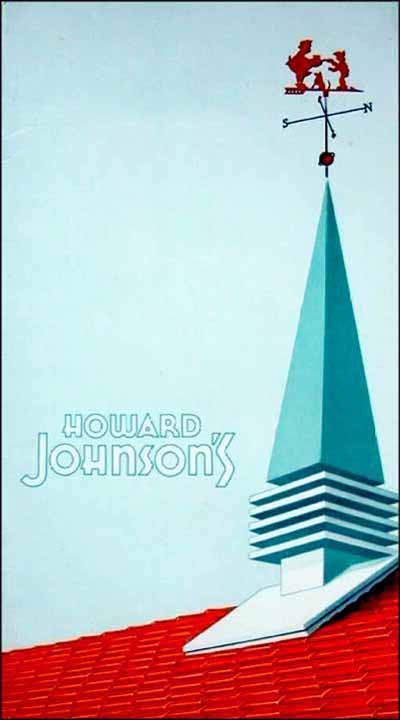 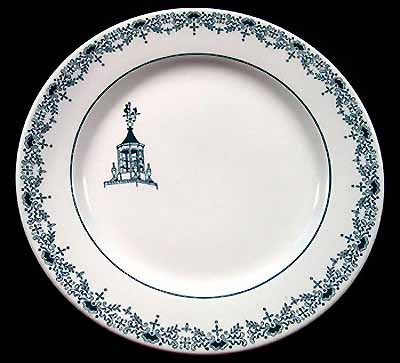 Cupola pattern made by Mayer with 1940s-50 backstamp. 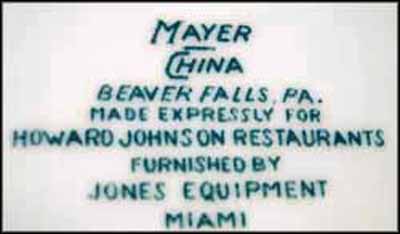 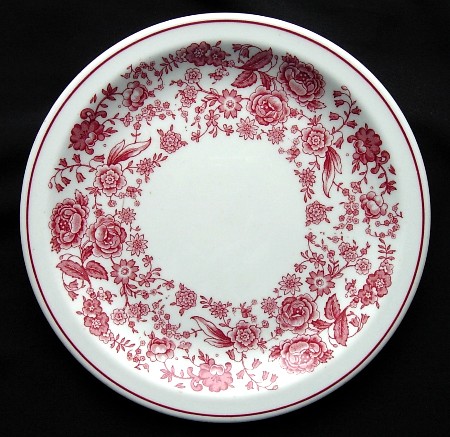 This floral pattern by Scammell is believed to be Howard Johnson's oldest, circa 1930s. 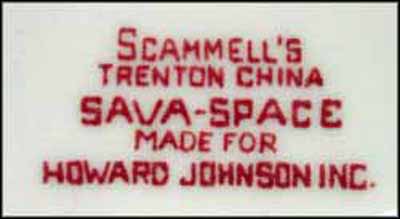 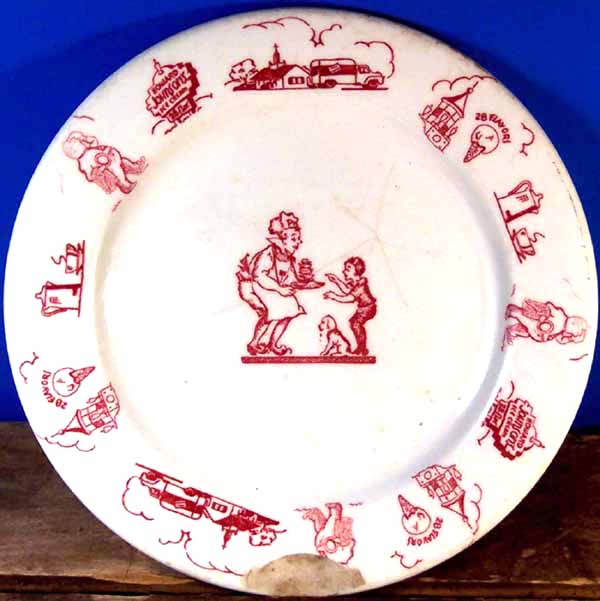 Really hard to find 28 flavors plate made by Jackson China with 1940s-1960s backstamp. 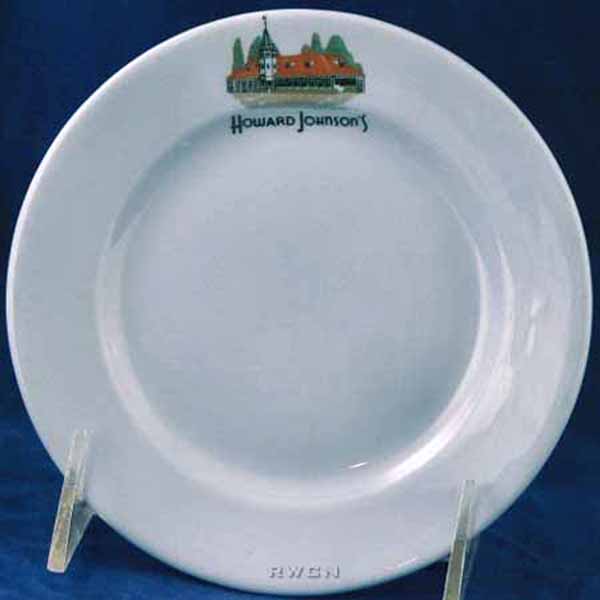 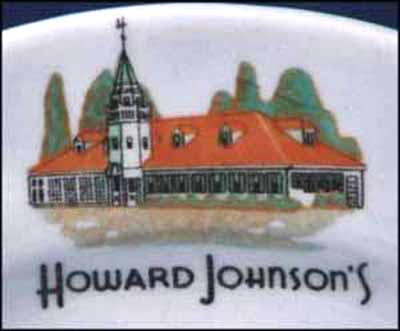 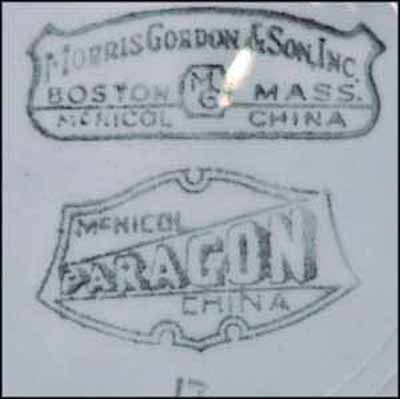 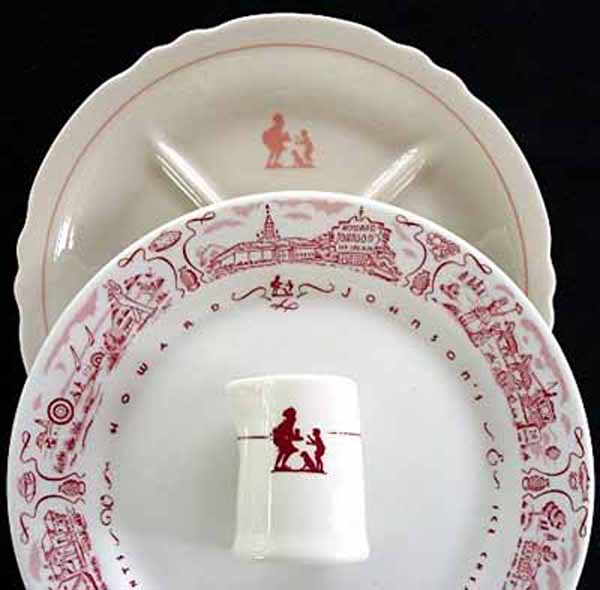 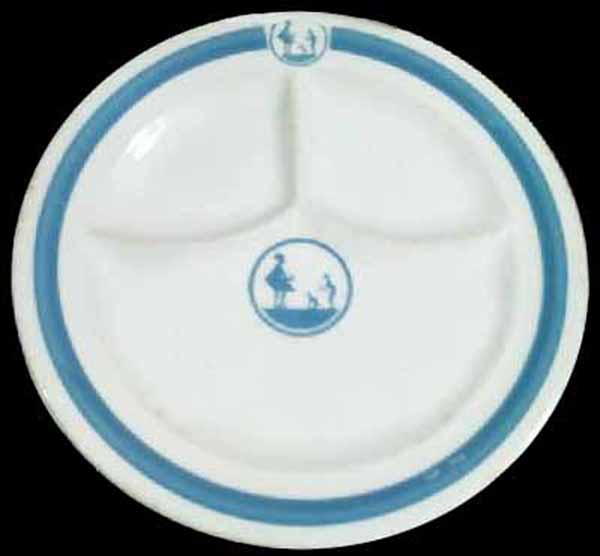 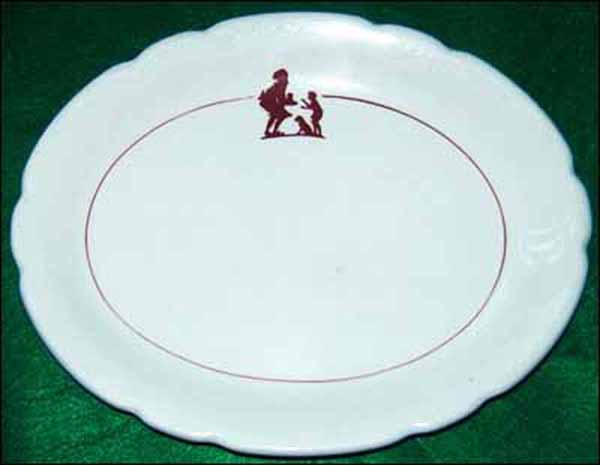 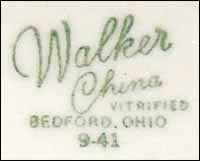 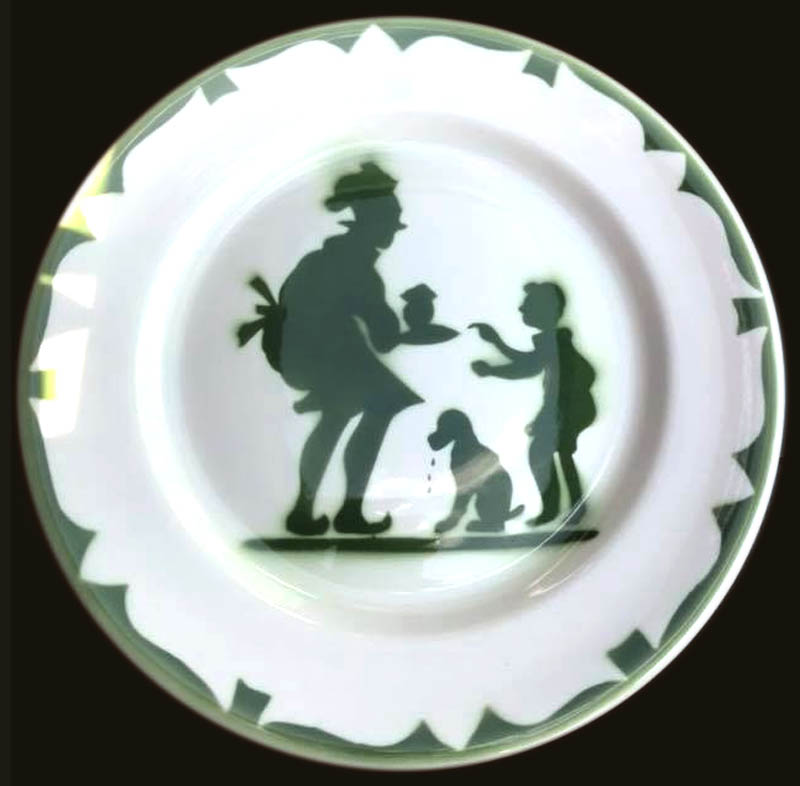 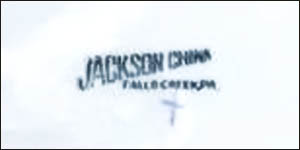 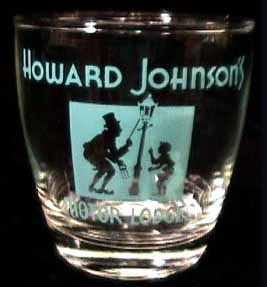 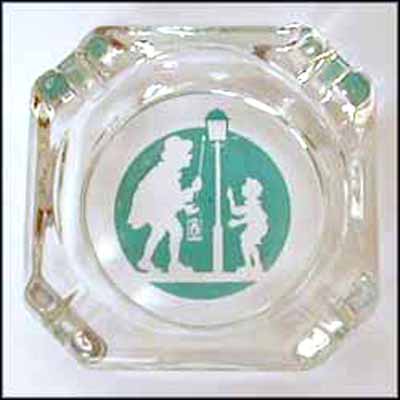 Howard Johnson's is a U.S. chain of restaurants and hotels that was founded in 1925 by Howard Deering Johnson (1897-1992) when he borrowed $2,000 to buy a small corner drugstore in Wollaston, Massachusetts. It sold candy, newspapers and patent medicine.

After noticing that his soda fountain was the busiest part of his drugstore, Johnson decided to come up with a new ice cream recipe, mostly based on his mother's recipe (although some say the recipe actually came from a local ice-cream maker, a German immigrant). The new ice cream was more flavorful with a higher butterfat content. He eventually came up with 28 flavors and opened a beachfront ice cream stand. According to Johnson, "I thought I had every flavor in the world. The 28 flavors became my trademark."

After operating more than 100 restaurants around the country, the company bid and won the rights to operate restaurants along the Pennsylvania, New Jersey and Ohio turnpikes and the familiar orange-roofed buildings became icons of the era. The first motor lodge opened in 1954 in Savannah, Georgia.

The restaurants were famous for clam strips, salt water taffy and, of course, ice cream. As of 2006 only 4 restaurants remained in this country but the current owners hope to market the ice cream through supermarkets and possibly open a few restaurants along the East Coast.

From the National Museum of American History: "Capitalizing even more on the traveler's business, Howard Johnson's opened its first motor lodge in 1954. By the 1960s, they had expanded nationwide providing the road weary traveler with a place to eat and sleep for the night. In 1980, Howard B. Johnson (Howard D. Johnson's son) sold the chain to Imperial Group. It was eventually bought by Mariott a few years later who split off the lodging from the restaurant chain." 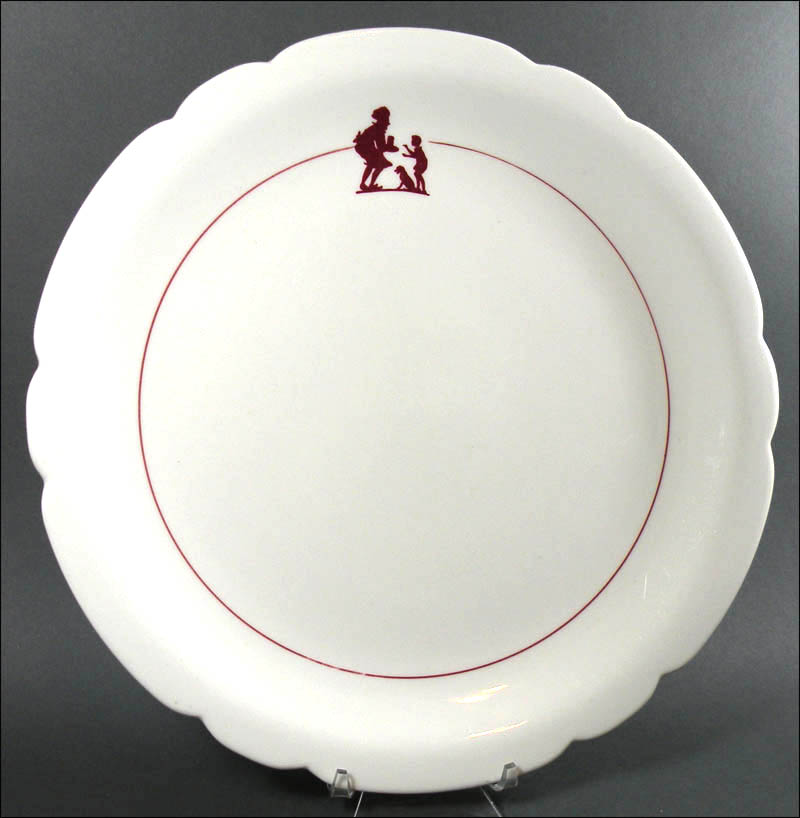 A maroon pieman silhouette plate made by Walker China.

As of 2018, the only remaining restaurant was located in Lake George, N.Y., and that has now apparently closed, too. Lodging is operated by Wyndham Worldwide.

Several different patterns of china were used over the years, with the most popular being the scenic pattern with an image of the building as well as scenes found along the route in Massachusetts. The maroon pieman silhouette replaced that pattern and the peach silhouette followed.

The red floral pattern by Scammell is believed to be Howard Johnson's oldest, circa 1930s.