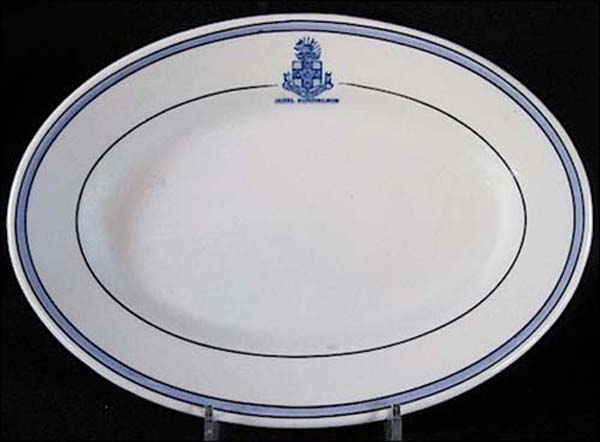 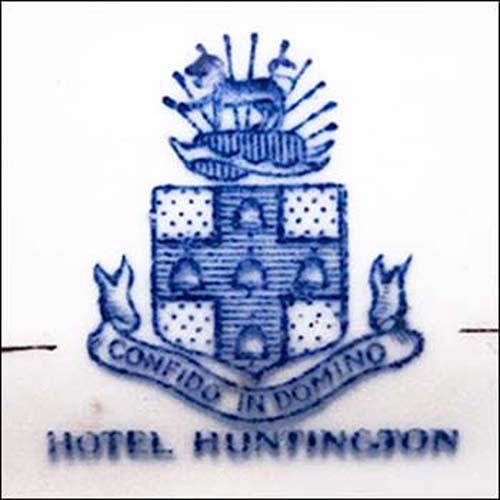 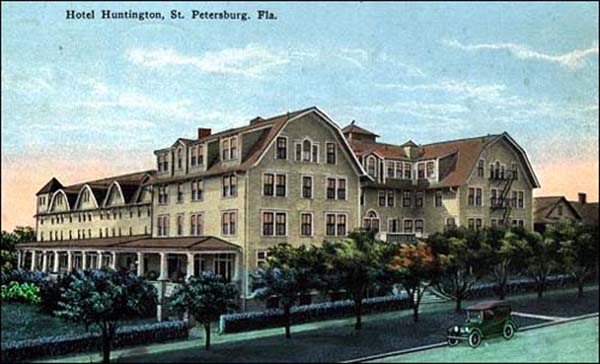 By 1996 the hotel had been razed and a gated community of town homes built on the site with plaques on several of its columns commemorating the hotel, according to St. Pete Preservation: "The Huntington – St. Petersburg – A resort hotel of merit" and: "Located on this site, 1890s – 1996 – many of St. Petersburg"s biggest social events in the 1920s were held there. Prime location – elegant dining room – luxuriant gardens – built by Charles S. Hunt."

The platter has a white body. There are two black lines on the rim with a pale blue band in between; a black line on the verge is broken by the blue logo of shield with cross, banner below with COMFIDO IN DOMINO and animal above with rays of the sun.

(Syracuse China was also a known manufacturer of this pattern for the hotel, based on a 1930s platter seen for sale on tias.com in 2012.)