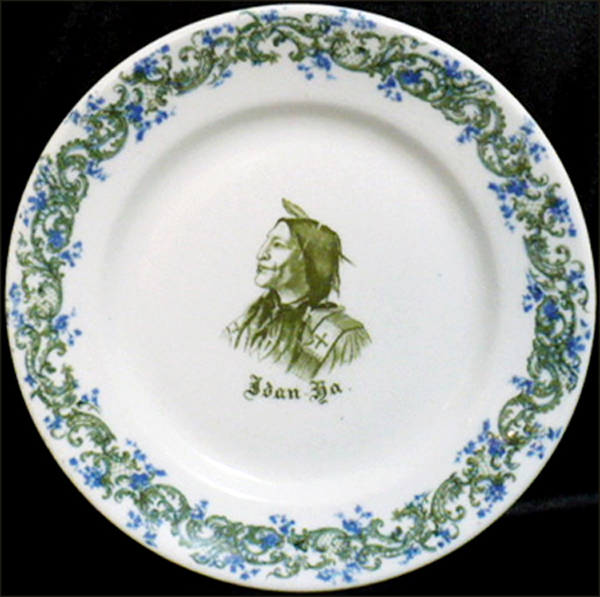 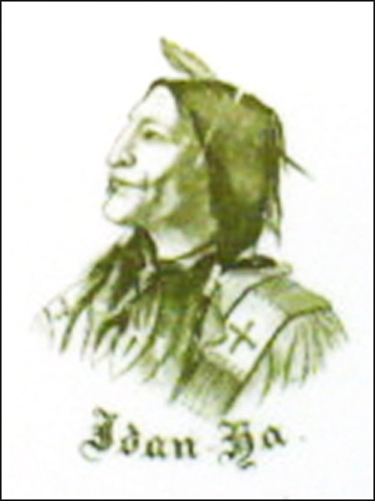 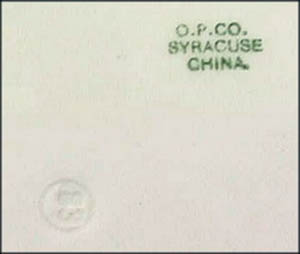 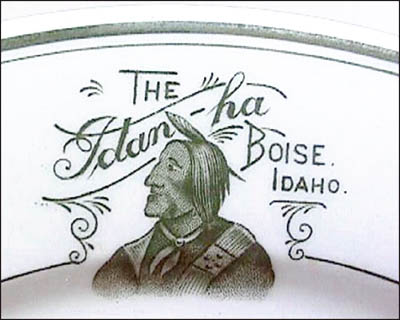 Notes: The 100-room chateau-inspired Idan-ha Hotel is located at 10th and Main in Boise, Idaho. At the time it was built, it was the tallest building in Idaho and home to the state's first elevator. It is listed in Hotel Red Books from 1906 upward with picture ads in several of them. According to the Larry Paul's hotel data base, it was built in 1900 in 10 months and opened January 3, 1901. Placed on the Register of National Historic Places in 1976; not listed in the 1986 HRB. As of 2009, the upstairs rooms are currently rental apartments while the downstairs space is rented to businesses.

The first plate shown above has a white body with a blue and green border and a Native American image with "Idan-ha" beneath in green in the well of the plate.

The second plate shown has the ubiquitous dark green line border similar to the T&R Boote, Waterloo Potteries piece linked below. This piece also is topmarked with the Native American image, along with the words "The Idan-ha, Boise, Idaho" in green.