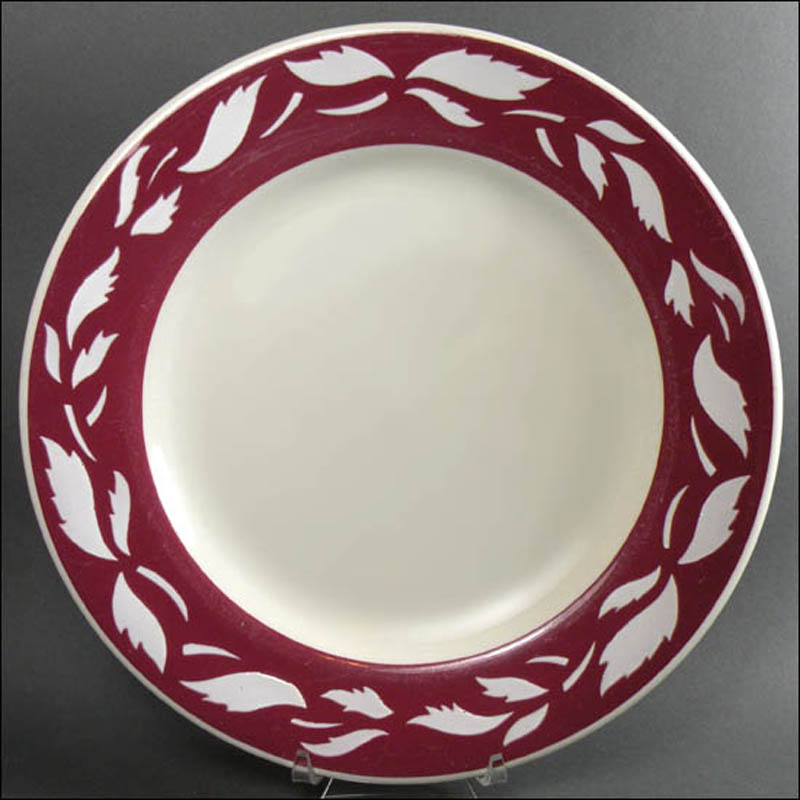 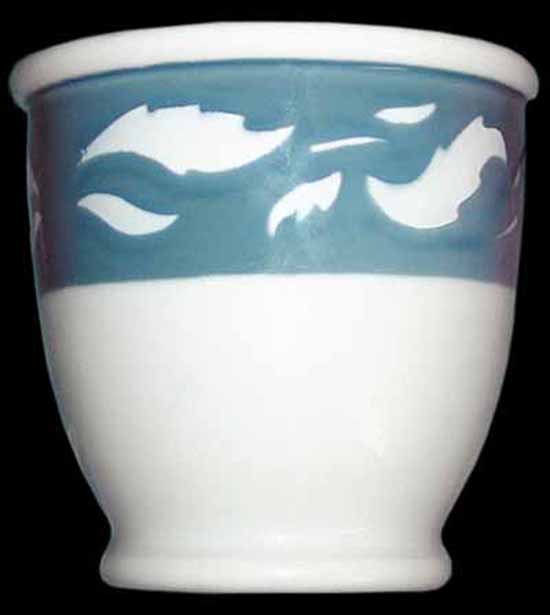 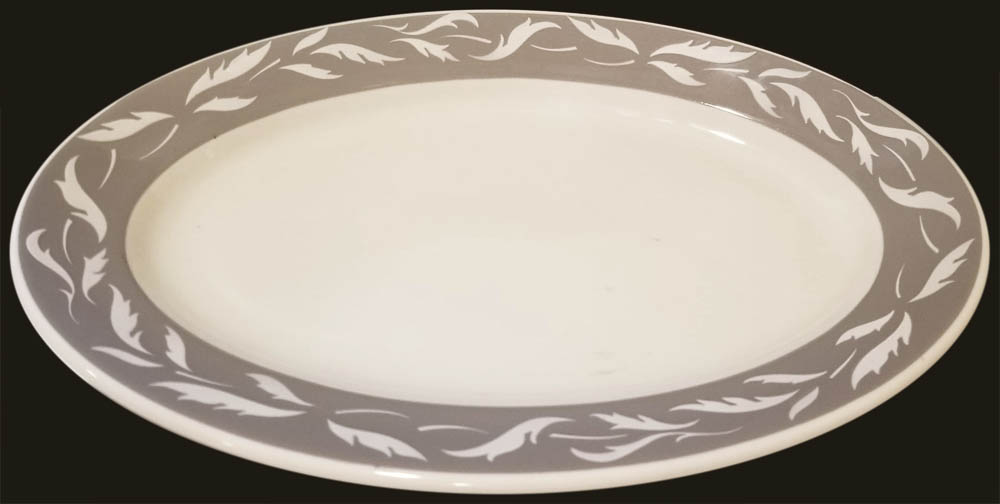 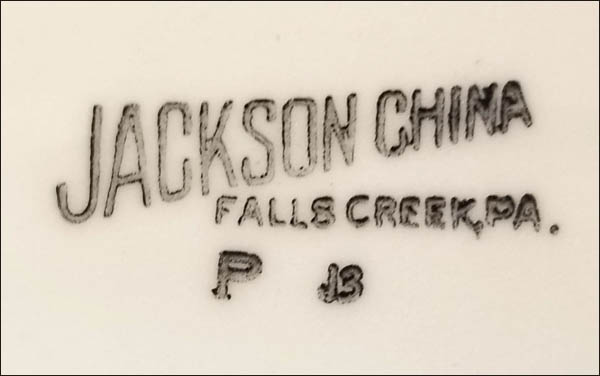 Notes: This pattern was formerly listed in the IDwiki as Chateaudale, but as of 2015, absolutely no record could be found to substantiate this name, either in the RWCN's archives or in the Jackson China book. However, the pattern is listed in multiple places within the book as Liex, and this is believed to be a typo, which only adds to the confusion. Ilex is the tree or shrub of a genus that includes holly, and this design is made up of holly-shaped leaves and branches of various lengths. So Ilex it is.

However, the original entry stated that this pattern known as Chateaudale was included in a 1960 Jackson catalog, described in the catalog as an "embossed treatment, which is created by an underglaze enamel process." Jackson was well-known for its airbrushed designs, which this seems to be at first glance, but if one feels the texture of the design it is possible to feel that the leaves are raised from the surface, which is very different from the feel of an airbrushed treatment.

If anyone referring to this entry has access to any information that shows this pattern as Chateaudale, please let us know! For now it is being modified to Ilex, with the possibility that this pattern was marketed by Jackson under both names.

The pattern is most often found in a dark green or the dark red of the plate shown rather than the deep blue of the egg cup or gray of the platter.