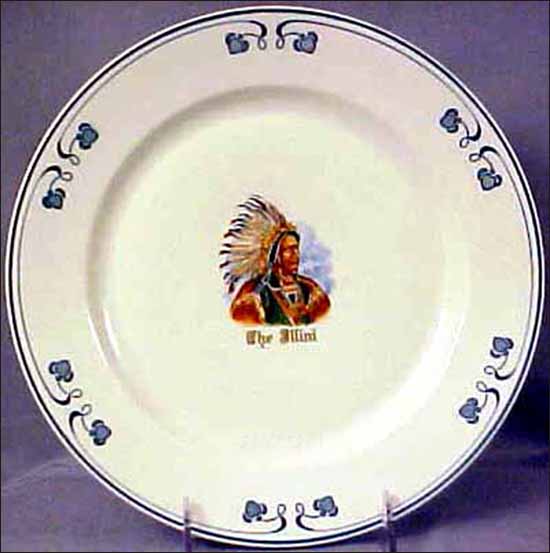 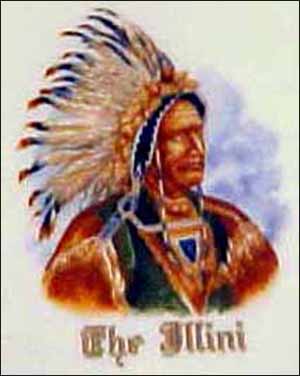 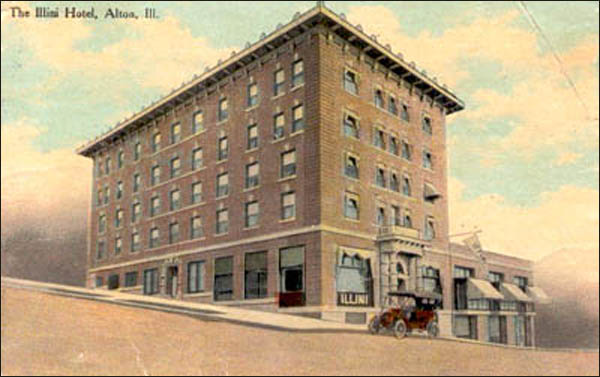 Notes: The 65-room Illini Hotel was built in 1909 at 229 Market Street in Alton, Illinois. It was foreclosed upon and sold in 1914, but in 1924, the hotel was sold at auction again and reappeared in the Alton City Directory as the Stratford in 1925. In 1963, it became the Stratford Motor Hotel and it was added to the National Register in 2000.

Art Nouveau ornaments around the rim, Native-American Chief in the center, followed by The Illini.

Photos and ID courtesy of dbstoneware