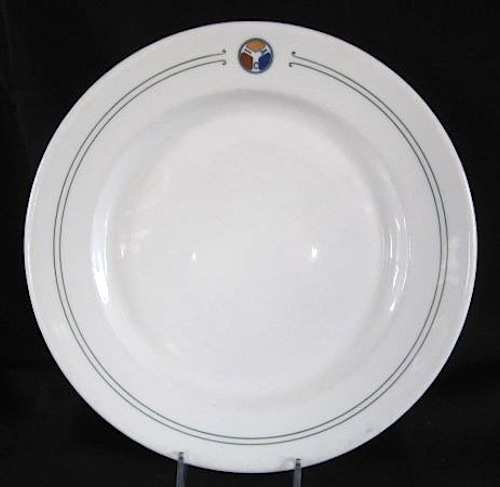 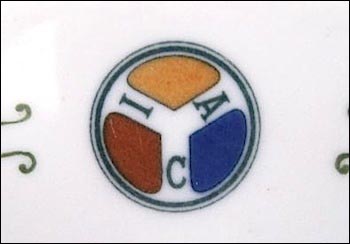 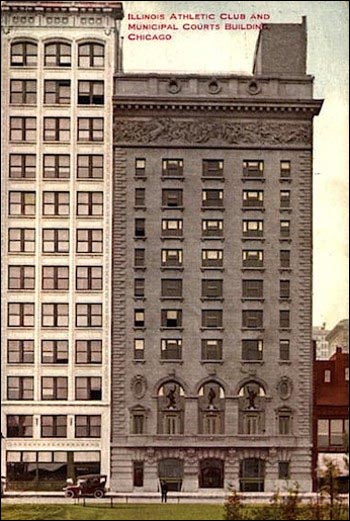 Notes: The Illinois Athletic Club, located at 112 South Michigan Avenue in Chicago, was established in 1904. It sponsored swimming, track and field as well as bowling teams.

The building was designed by Barnett, Haynes & Barnett. Work began in 1905 on the 18-story building, which opened in 1907. In 1992, the building became classrooms and dormitories for the School of the Art Institute of Chicago.

White body, two green lines on rim ending in curlicues, broken by three-section logo of blue, red, and orange with I A C between.