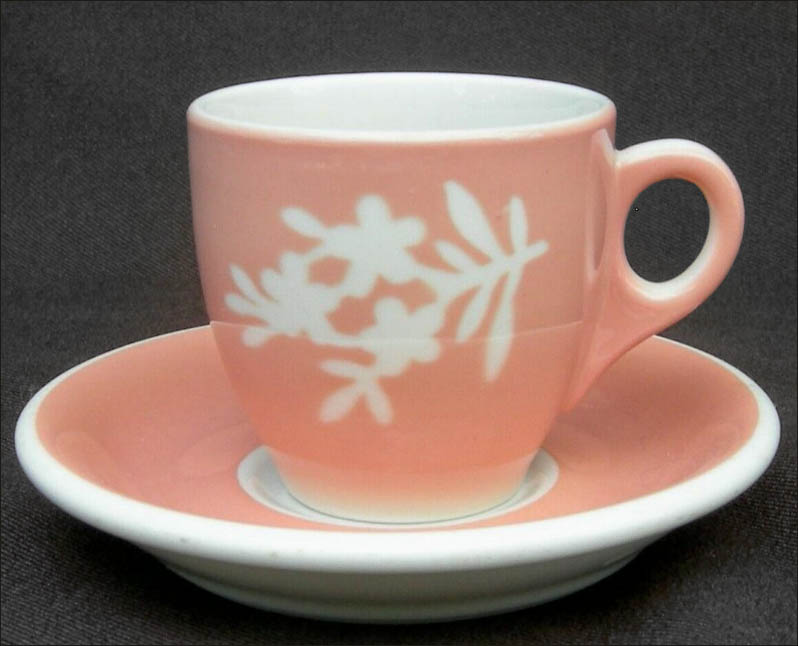 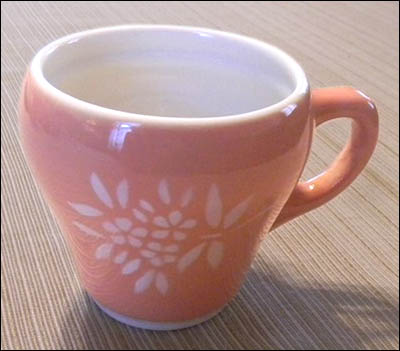 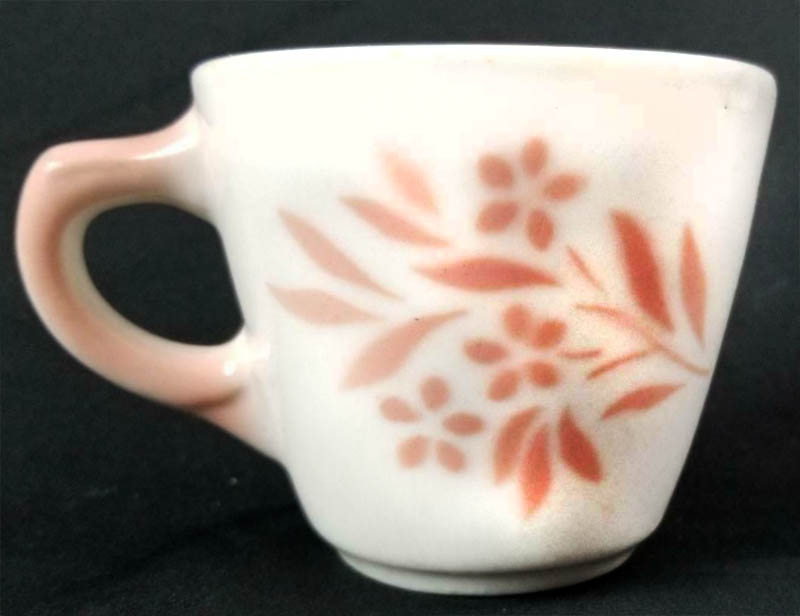 Notes: According to Doug McIntyre's "The Official Guide to Railroad Dining Car China," Illinois Central ordered this pattern from 1935 to 1970, making it a commonly seen item on the ICRR dining cars.

The pattern usually consists of a coral – or orange-pink – stenciled overspray of a branch and leaves on a white background, with the end result being a white branch and leaves against coral. This pattern was not backstamped but it was used exclusively by the railroad. Plates, bowls and cups showed the flowers; saucers did not.

The Coral Reversal pattern matches the design with the exception of being a coral image of branches and leaves on a white body.

The second Coral pattern cup above shows a Dolphin body, the shape developed by a researcher named Dolphin who sought to create a design that would prevent excessive spills during the normal rocking of a moving dining car. In addition to the lip curving inward, there is also a well line inside the rim. The standard shape is seen on the Coral Reversal cup in which the sides and inner walls are straight.