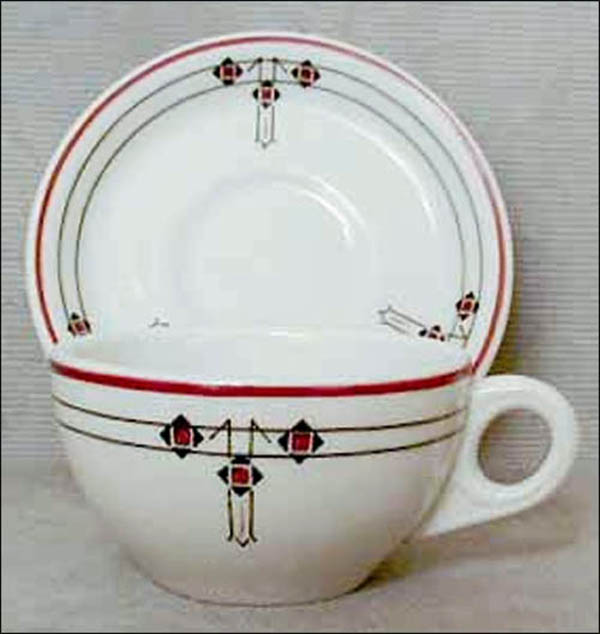 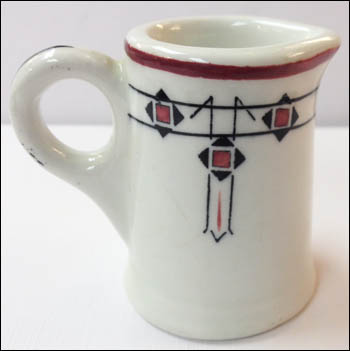 Notes: (Some later pieces were made by Walker.) A relatively newly discovered railroad pattern, it can be seen on page 274 of "Dining on Rails" in the Illinois Terminal timetable. It might be exclusive, but that has not been proven.

The white china has a dark red stripe near the edge and two more narrow parallel black lines in the center of the rim. These are interrupted by three stylized black and red flowers. The design is reminiscent of the Craftsman Style, Arts & Crafts Movement and Art Deco period.