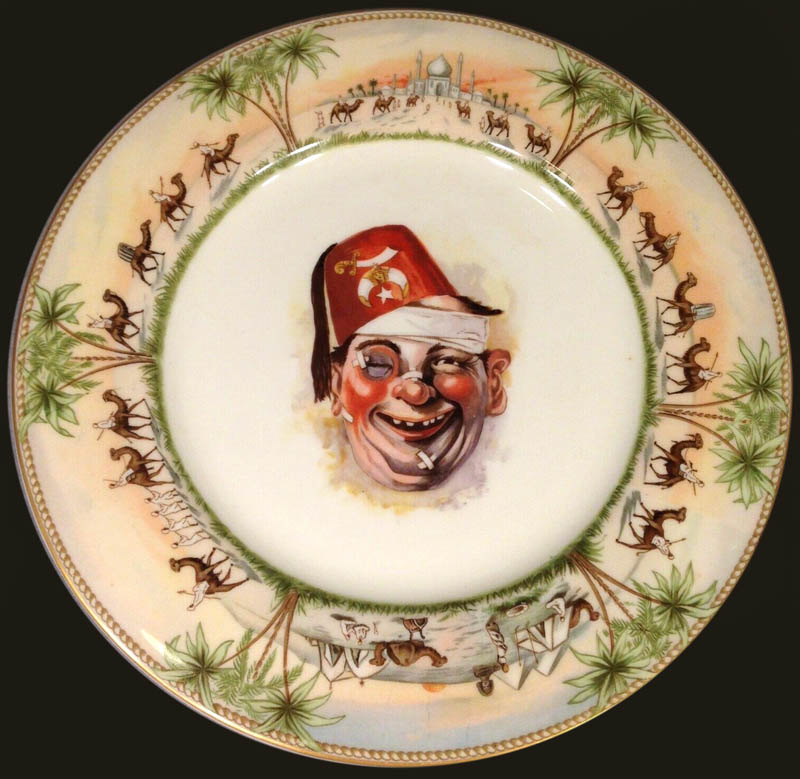 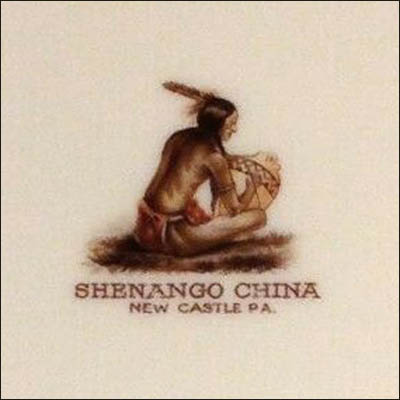 Notes: The Imperial Council, Ancient Arabic Order of Nobles of the Mystic Shrine for North America (AAONMS) is the governing body for Shrine Centers in North America. Click here for more information about the Shriners.

The Phoenixmasonry, Inc. Masonic Museum identifies this service plate as the Happy Partying Shriner, though this is likely an assigned pattern name, rather than the actual Shenango China pattern name.

White body with a rim treatment of desert scenes of camels, palm trees, buildings, and the sphinx. The image in the well of the plate is a smiling happy Shriner, who appears to have partied a bit too much. Keyword: drunk shriner

This colorful service plate has a backstamp (shown above) marked especially for the Imperial Council's North America 52nd Annual Shriners' Convention held in Philadelphia on June 1-2-3, 1926. Other versions of this plate were produced with the Shenango Native-American backstamp only, but one cannot assume that these pieces were used at the 1926 convention.