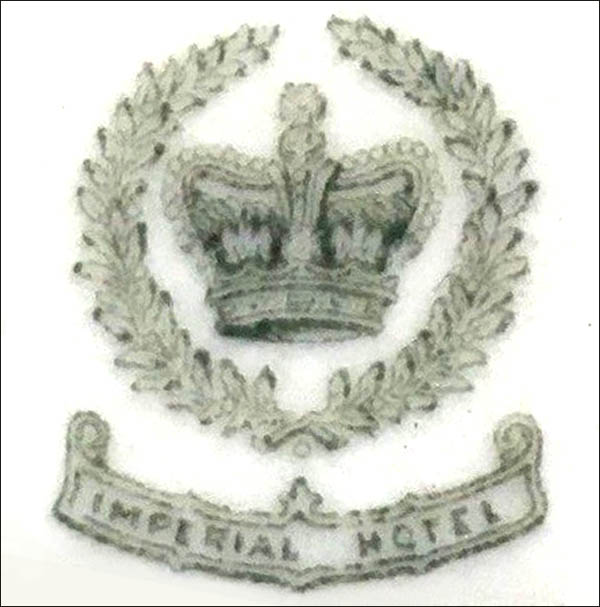 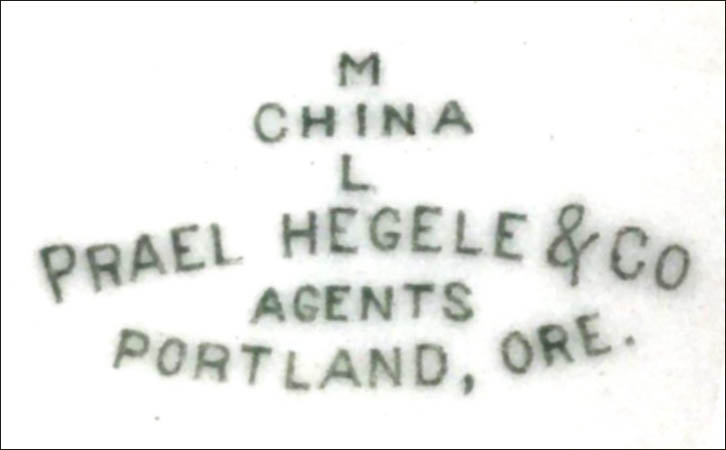 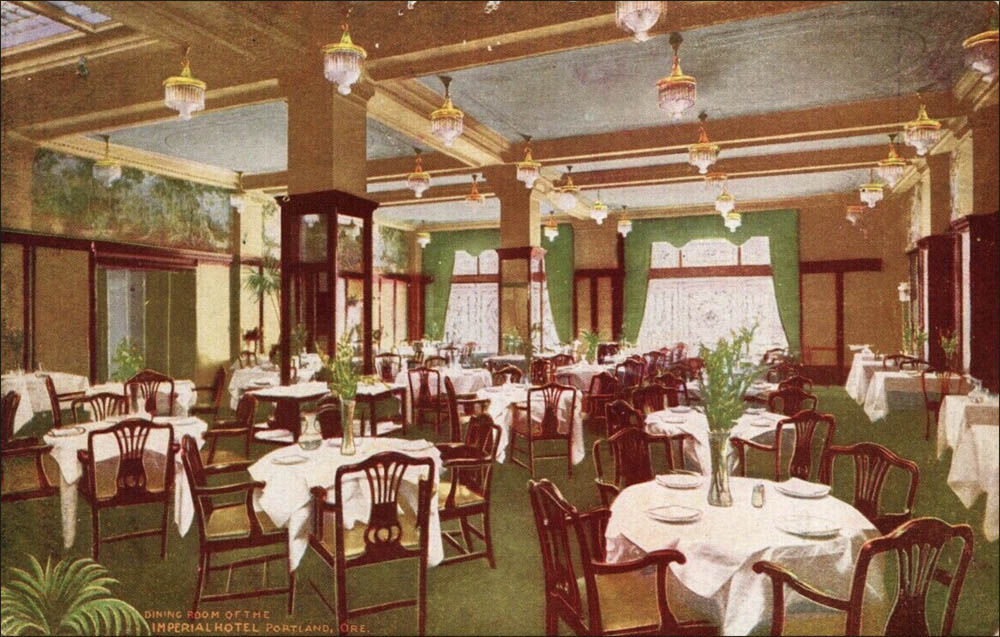 Dining Room at the Imperial Hotel

Business Card for the Imperial Hotel 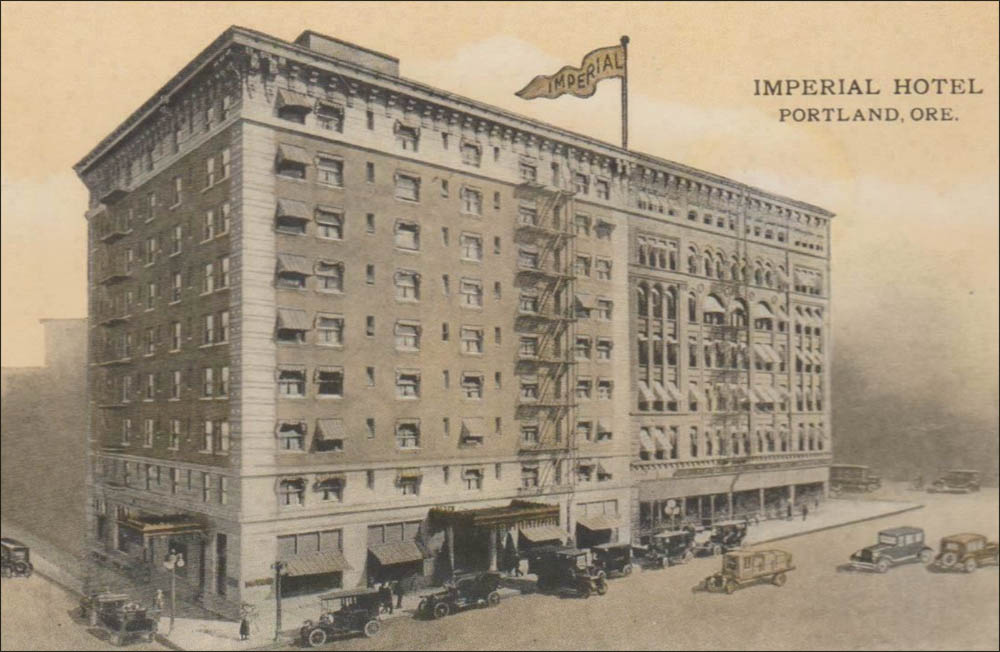 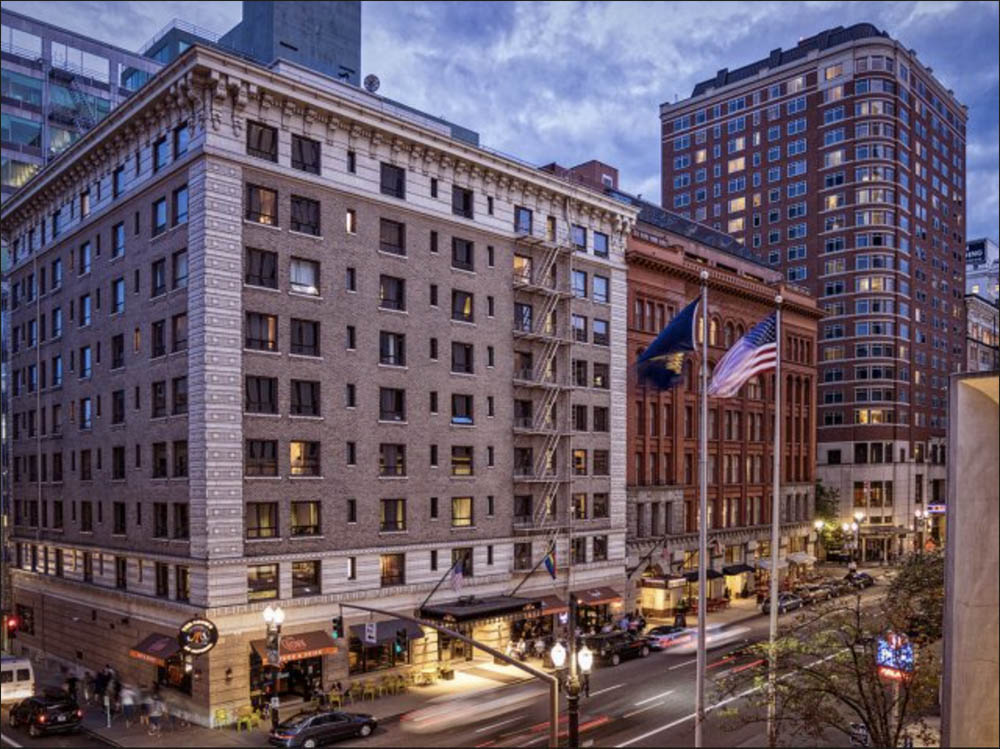 Notes:  The original section of the Imperial Hotel, at 420-426 SW Broadway and Washington Street, Portland, Oregon, opened March 10, 1894. In 1909, a nine-story addition to the original seven-story building was built. The roof line for both sections was the same, so the floor levels were not aligned. There was a 65' x 48' dining room on the second floor of the 1894 section.  The dining room shown on postcard views was on the ground level of the 1909 addition.

In 1949, following the death Phil Metschan, Jr., son of the builder and owner of the 1909 section, the property became two separate hotels. The Mallory Hotel Company took over operation of the 1894 section and renamed it Plaza. The 1909 section continued to operate as the Imperial.  In December 2002, the Imperial hotel closed for a multi-million remodeling. It re-opened May 13, 2003, as the Hotel Lucia.

Maddock made crested Lamberton China for the Imperial. The green transfer crest features a crown within a laurel wreath. "Imperial Hotel" is in a banner curved below the wreath. There is a green line at the rim. This china service was supplied by Prael Hegele & Co, Portland. Prael  was purchased by M. Seller & Company in 1916, so china  with this back stamp was made prior to 1916.