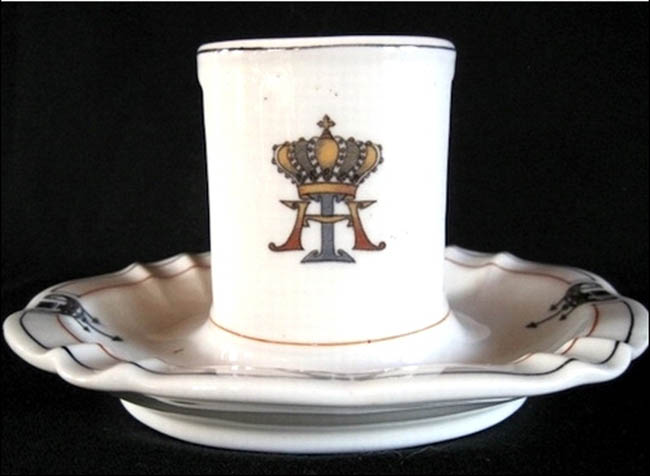 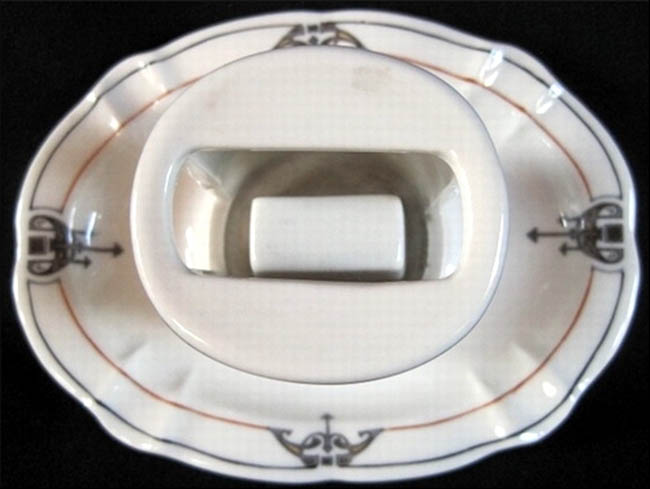 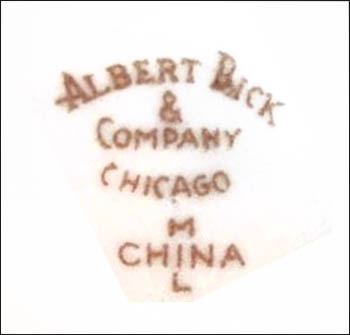 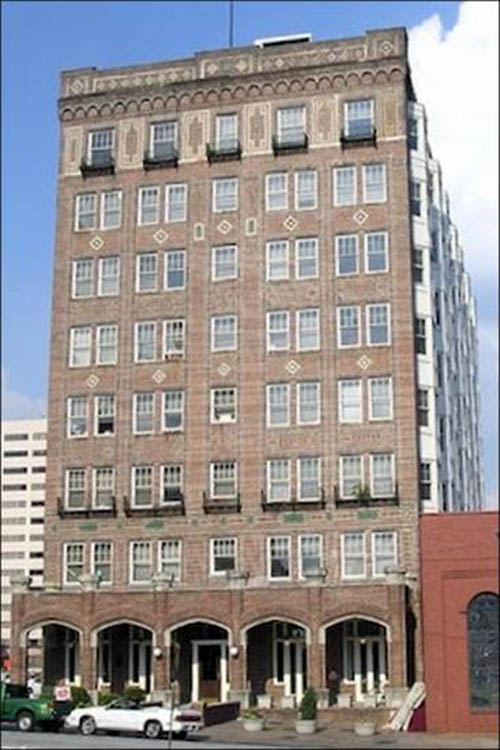 Notes: This is possibly the first order of china for the Imperial Hotel, 355 Peachtree St. NE, in Atlanta, Georgia. On July 13, 1910, the Imperial Hotel Company was issued permit number 2487 for an eight-story fireproof hotel to be located at what was then 339 Peachtree Street and to be built at an approximate cost of $100,000. The 8-story, 120-room hotel opened in 1911.

The Imperial was listed on the National Register of Historic Places, March 31, 1983.

The hotel was vacated in the early 1980s and stood empty until a rehabilitation effort in 1996 restored the building into a low-income housing project.

White body match stand. Black & orange lines on rim broken by hanging ornaments. Black and orange lines on chimney with logo between. Large crown with initials I H below.