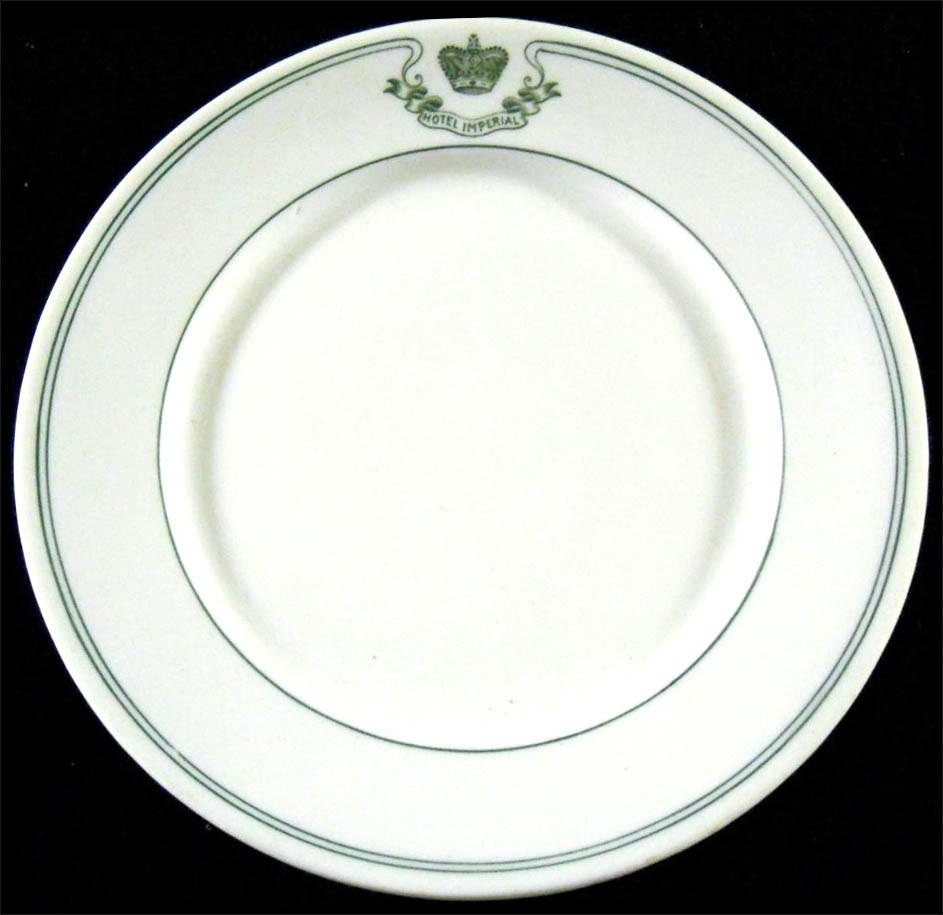 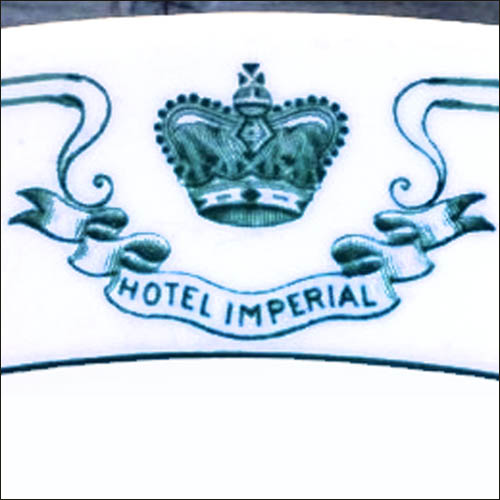 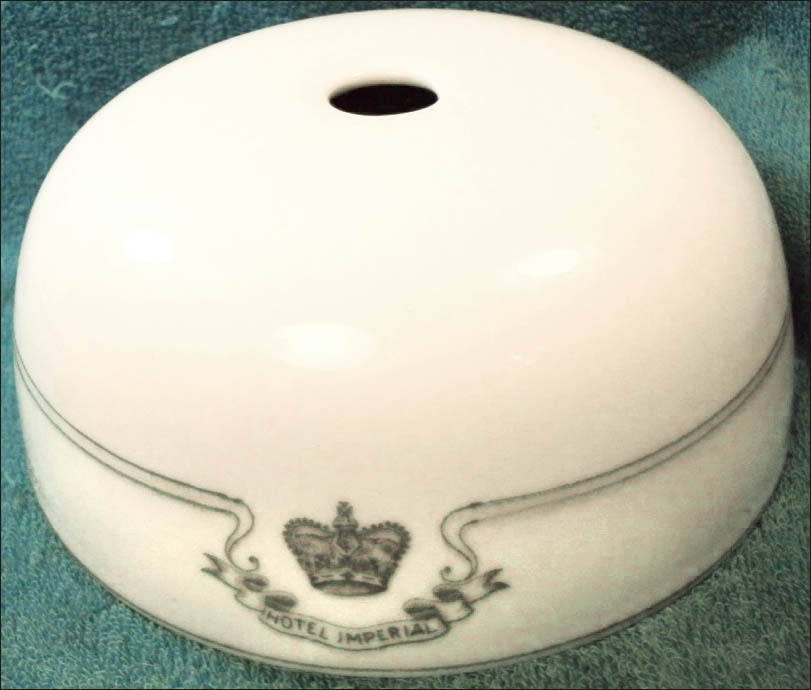 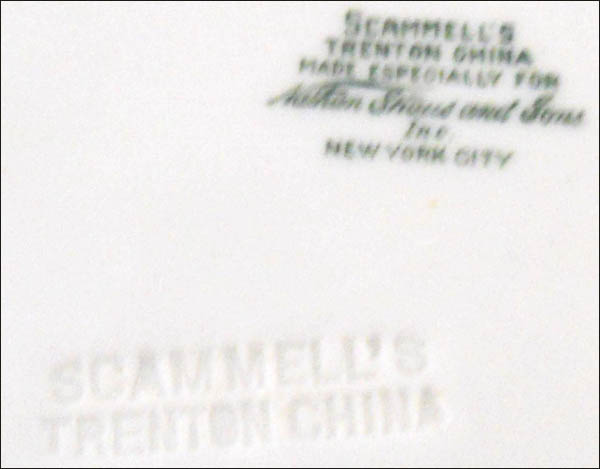 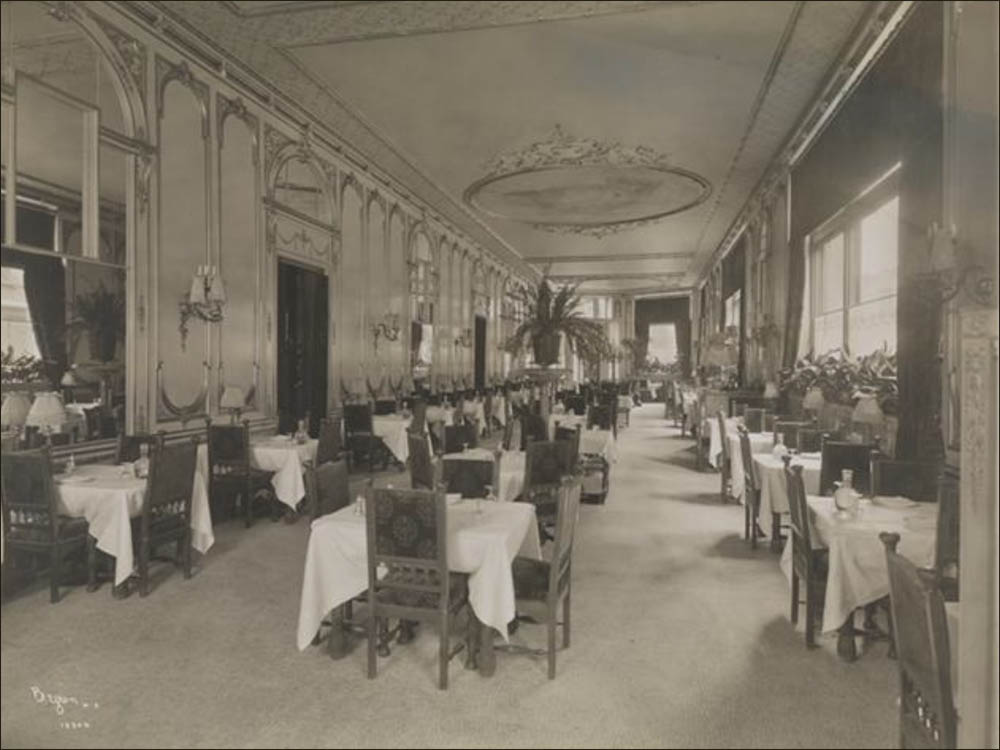 Dining Room at the Hotel Imperial 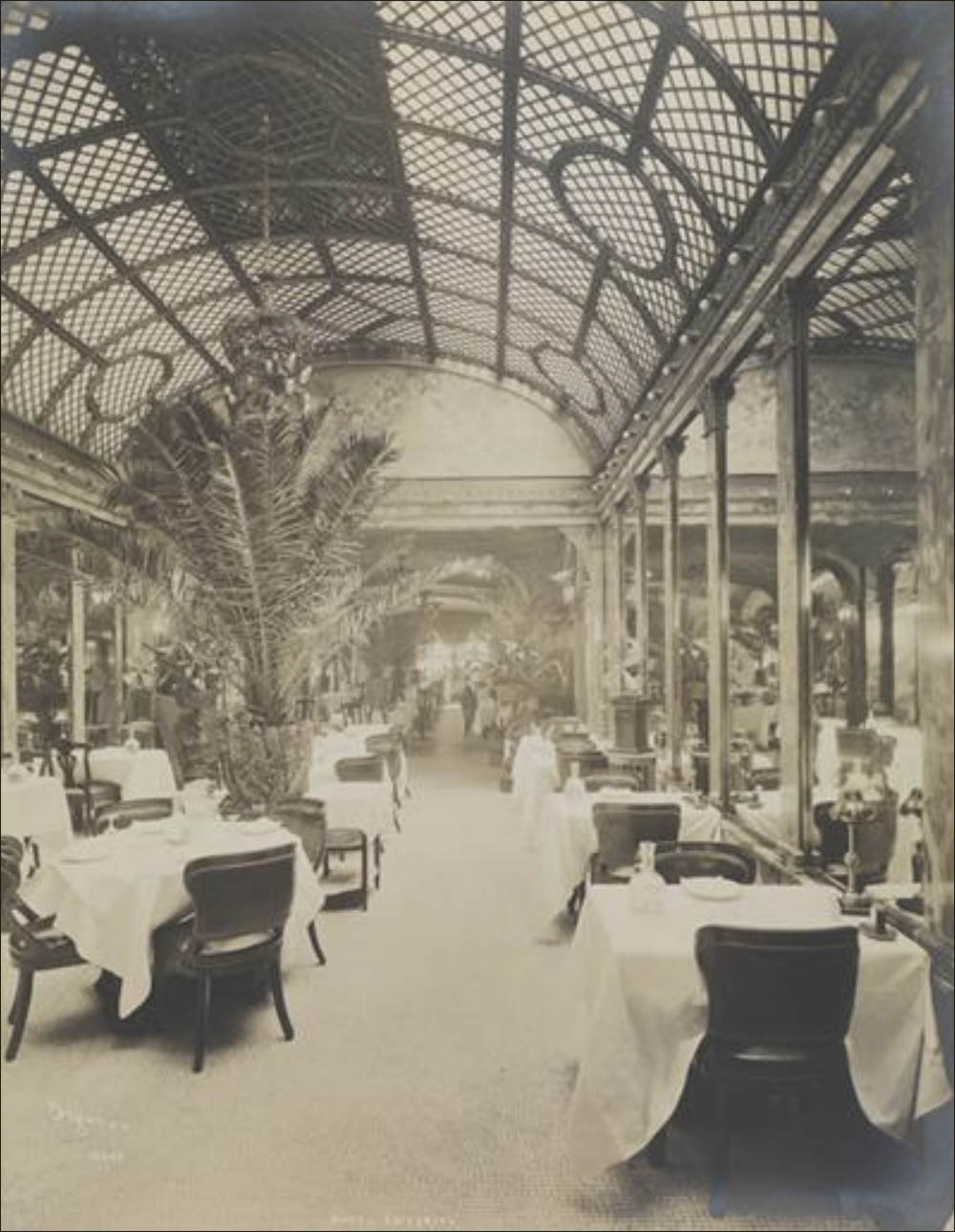 The Palm Room at the Hotel Imperial 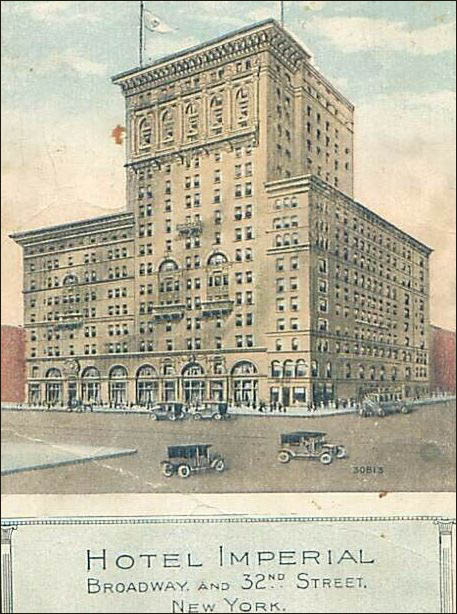 Notes: The Hotel Imperial, on Broadway between 31st and 32nd streets, opened September 1890. When it opened it was a nine-story building. In 1918, a 16-story addition was built. With the completion of the addition the Imperial contained about 620 rooms. It had a main dining room and a Palm Room. In 1934, it became part of the Manger Hotel chain. It is last listed in the 1946 Hotel Red Book. The Imperial was demolished around 1947.

The china that Maddock, and later Scammell, made for the Imperial has a transfer crest of a crown with "Hotel Imperial" in a banner below.  Twin pin lines end in scrolls flanking the crest. Scammell made this pattern on Trenton China, supplied by Nathan Straus & Sons, Inc. Based on the Straus back stamp it was made between 1924 and 1936.

The Imperial's crown and banner logo was in use as early as 1900.